If I were to summarize this episode in one word it would be “whiplash”. When this series is on it is superb – moving, thought-evoking and even a little endearing. But when it is off … well … it is really off. I wish someone had told the production staff while they were in the process of making the first few eps of the series that if they were going to use the type of humor they have thus far with the intent of “softening the blow” or counterbalancing the main message somehow they ought to use the humor sparingly or else toss it out altogether. I can overlook a moment or two of whiplash sprinkled carefully here and there, but to use it for 10 straight minutes not only got really, really old really quick, but it did a disservice to the episode (and to my mind the series as a whole). Hopefully there will not be such unnecessary and unneeded idiocy to this degree in later episodes. 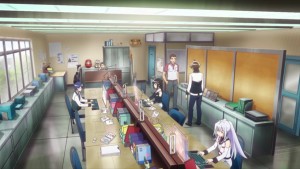 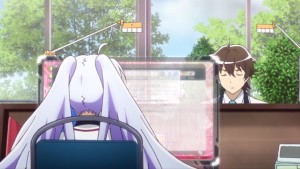 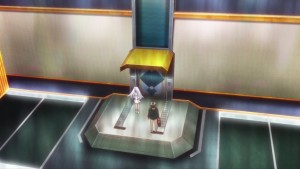 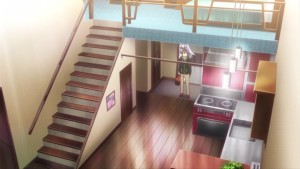 Part of me also wishes that someone (preferably Tsukasa) would just shout back at Michiru (Tsukasa’s younger red-headed co-worker) – what she did in the first half of the episode was a continuous expression of her being crude, crass and nasty, a real step backwards for her character from the previous episode, where she realized she had an unneeded and hurtful attitude to Tsukasa and apologized for it. I dislike nasty tsunderes with a passion and others may have a tolerance for it that is longer or larger than mine, so perhaps I am not the best to judge, but since I am the one writing the review let me just bring this up – I do not think chronic violence being permitted and passed off as funny is funny. Period. The most infamous offender (and trend setter?) in this regard may be Louise from the Zero no Tsukaima series and fortunately Michuru is not to that level.

Such behavior really should be confronted more often in anime. They always assume the worst of the main character, even if they have a crush on him (which does not seem to be the case here at the moment), and blame every situation on them and then go nuts on them for it, even when it’s obvious it’s not their fault. When correction is (rarely) shown it is usually brought about because the disagreeable character makes an assumption and then it blows up in her face (it is almost always a female character being violent to a male), and she sees how much she has hurt someone or the like and is pained herself. But sometimes someone confronts and calls them on their behavior … and that is much more realistic somehow – such as when Sachiko confronts Touko in season four of Maria-sama ga Miteru. In my opinion we need more confrontations like this. 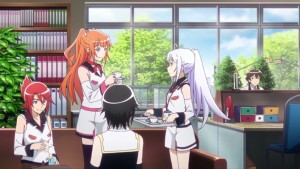 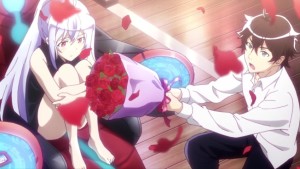 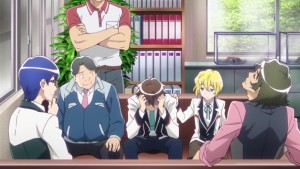 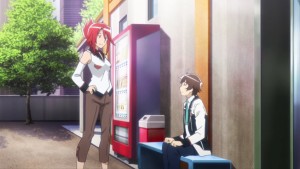 These two aspects aside when the shenanigans were over the second part of the episode was especially good, and much more both in the lines of what I was expecting the series to be focusing on and where it shines. The interaction between Tsukasa and Isla was normal. It really began during the conversation between Tsukasa and Kazuki. Kazuki again pulls Tsukasa aside to commiserate with him in private about his situation, pointing out that when she was assigned to live with Isla in the same room (a practice the company keeps in pairing the spotter and marksman together) she also discovered that Isla kept her at a distance. She assures Tsukasa that he is not to blame, and that Isla behaves like that to everyone on her own time. When Tsukasa says he has no idea why she would want to be like that Kazuki comes out with an interesting statement: “It must be that she wants to remain a machine.” It seems to me this is likely a bigger clue to Isla’s interactions than may be immediately apparent, though future episodes will no doubt unpack the meaning of this statement. But especially in this episode Kazuki was far more accessible and outright helpful to Tsukasa. It was actually … refreshing. 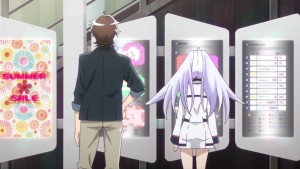 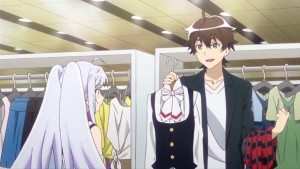 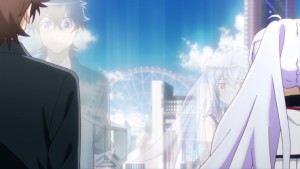 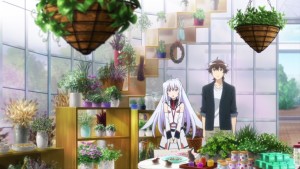 The next day, then (a day off for Tsukasa) the two of them go out to do a few things on a day-to-day basis, such as shopping and the like. There are normal goings-on, including a reveal of where Isla was going the first day she and Tsukasa met (before he was hired by Terminal Services – at the beginning of episode 1): it was to an herb shop, and at the shop we also discover that Isla wears reading glasses, which was unexpected. In the process of spending time together, though, Isla eventually finds out that the main reason for their going out together was to spend time together. Tsukasa says “See, I want to do what we did today. Make memories with you even during our time off.” At this Isla freezes up and goes into “machine mode”, stiff-arming Tsukasa’s good intentions and abruptly leaving him, saying “I was not built to enjoy my time at an amusement park.”; followed by a flashback to when they first met and she was crying while looking at a ferris wheel in the distance. On finally returning home after thinking to himself alone on a bench for a while he begins to interact with Isla in a very normal, everyday way … but we see that Isla’s defenses may be being broken down a little at the very last seconds of the episode. 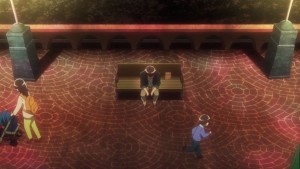 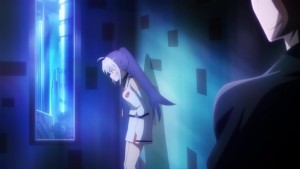 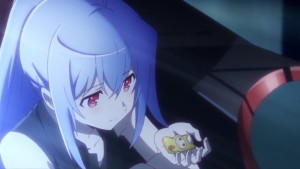 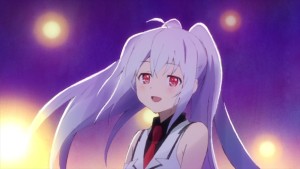 Another nice thing about this episode is that we finally have an ED … and I must admit that the audio and the visuals worked very well for me – surprisingly well, in fact. The OP showed a teensy change in the last scene too, slightly different from last week – those last few seconds may be telling a “story” of sorts regarding how Isla regards Tsukasa. The OP and the ED for this series are probably the most “fitting” and “harmonious” of all the OP/ED combinations of all the other series I am following this season. An excellent job on that front.

Back to the episode itself though … it seems clear that Isla knows that her “end of service” time is rapidly approaching, yes, but there is more to it. She seems to have an awareness of the fact that she is a machine, yes, but she also has a sense and level of consciousness that other Giftia have not developed as accutely. This consciousness (transcendental awareness?) is in her case largely a weight, it seems. She may even be fearful of getting close to humans not only for her sake, but also for their sake – knowing they may experience pain when she is gone. But even so, part of her still wants to interact with others and perhaps even get close to them … perhaps both humans and Giftia (her whispering quietly to the Giftia before deactivating them – as shown with Nina in episode 1, for example – may be related to this). Hopefully the series will continue to develop and build off of what it does best, and bring some sense of peace and fulfilment to Isla through the efforts and person of Tsukasa.