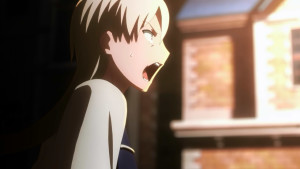 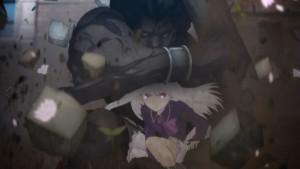 This was another episode made to help give some real backstory to characters and set up the conflict. Next week is definitely going to be the most action packed of this second half of the series so far. There’s just no way to set up this kind of epic conflict and not have it be an insane episode full of action. There may not be a ton of motivation for our blonde invader, but there is a ton of motivation on the side of Illya to throw everything she has into this fight.

This is the point where having reviewed Illya’s spinoff series, it’s a bit tough to see what is happening here. They may have been different in a lot of ways, but we still saw Sella and Leysritt just get slaughtered there. Just stood no chance against that guy. A pretty ugly way to go, losing an arm and then just getting impaled by numerous weapons. Not to mention Sella getting beheaded like that. Just a purely unsettling and ugly situation here. It definitely was tough watching that part of the episode since they were just utterly helpless against him. 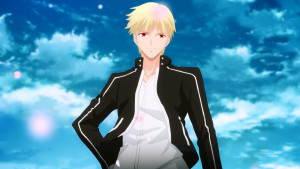 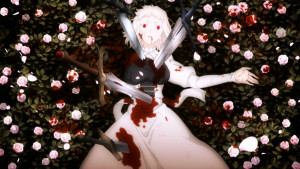 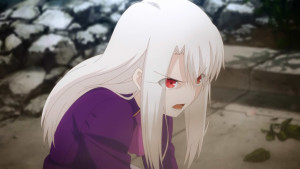 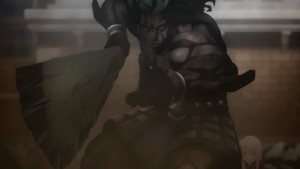 Illya’s pissed and ready to go, but this is still a really dangerous situation. No matter your Fate knowledge this is just not good. True enough that Illya has Berserker who has been revealed to be Heracles, but it’s not a safe situation at all. All one can hope is that the legendary Heracles can handle this. He put up an outstanding battle against Saber and Archer so at least he’s got a fair chance to get through this in one piece. The real negative is that Illya isn’t nearly in a calm mindset and may not be able to give the most tactical of orders.

Just a painful moment for Illya. Having lost her maids and clearly two people she was close enough to in order to argue with. They may have been homunculus, but Sella especially had feelings and desires. At that point hard to treat her as anything other than a person. All the more tough because Illya was in such a good mood up to that point. She did want to talk to Shirou and Rin and hear what they had to say. Clearly she wanted to talk to Shirou most of all because of Kiritsugu and that connection. So of course she was curious to meet with them and now….it’s all gone right to hell. I just feel bad for the loss she’s dealing with right out of nowhere.

This is setting up a battle of legend though. Most should have a good grasp who our blonde opponent is at this point though for those who are starting with UBW I’ll hold up. In the end it is easy to say that we’ve got a matchup of legends here. This is the kind of battle you think of when an idea like the grail wars is created. Two utterly epic and powerful individuals clashing in order to see who will come out the victor. Will say I’m totally pulling for Heracles on this one. 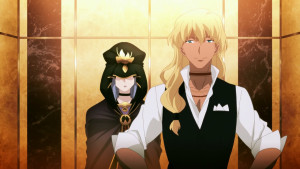 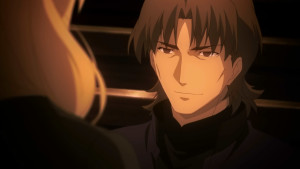 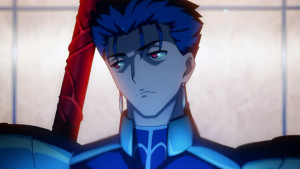 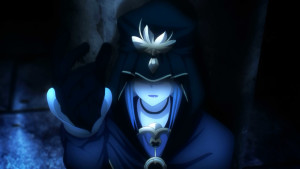 On that note I really do want to see a Caster and Berserker meeting. I mean yeah they can’t exactly have a deep conversation, but their history would make that meeting interesting to see. Quite the history there between the legendary Medea and Heracles. Well to be fair not a lot of history between themselves, but their mutual connection with Jason was the key point. Can only hope there is a bit of time after this next fight to give that a bit of attention.

The interesting side of this episode was with Caster and her flashbacks. Quite the flashy and foolish master she got stuck with initially. A pretty twisted guy who really didn’t have much consideration for the value of life, just using people as a power source. Certainly had some Full Metal Alchemist flashbacks with the idea of turning people into a crystal like that. It’s hard to have any sympathy for someone like that who made his own servant into an enemy and ended up getting killed before the war really began. I kind of just presumed that Caster was summoned by Kuzuki, but it didn’t turn out that way. The fact that he saved her life and gave her a way to survive may give the reason why she’s so incredibly loyal to him.

In the end the point of this was clearly to show that Caster isn’t 100% evil or anything. But at the same time she is more than willing to do what she has to in order to achieve her goals. In a sense it feels like Caster is trying to walk down the middle road. She’s crossing lines that she shouldn’t in order to acquire power, but at the same time she’s not willing to go as dark as she could in order to get the job done. She’s kind of a lukewarm villain in a sense. Just not a great person, but not all that bad either. 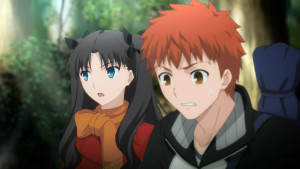 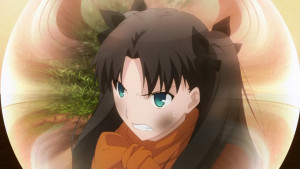 There was a small bit of aftermath with Shirou and Rin, but nothing too big. They just confirmed that their alliance will continue and decided to get Illya to hep out. Even for Illya this situation is getting pretty crazy and leaving Caster alone won’t do her any favors. Of course it is just their luck that the moment they show up to ask for help Illya is the one that’s in a tough spot. Of course the timing has to work out like this. At least we got a good laugh from Rin getting blasted away by the traps left by Illya XD. For now though the big thing is the fight coming up. Here’s hoping Berserker and Illya pull out all the stops since if they run into trouble then there really isn’t much hope left for Shirou and Rin.
Score: A-