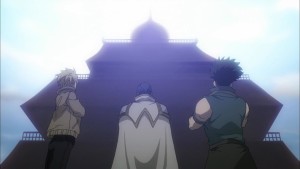 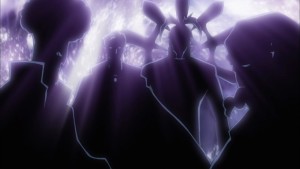 Leave it to Fairy Tail to just really bring out the cheer in this odd transitional period, where we’re going from one Anime Season to the next. I’ve long been waiting to utter the words, but I can say with confidence that Fairy Tail is officially back in business.

I was expecting a bit of an upgrade in terms of quality after the fillers, but the amount to which I enjoyed this latest episode took me by surprise. 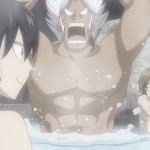 In terms of a fun starting episode for a new arc, there is nothing more that I could’ve asked for. Great character moments, spot on comedy, Male and female fanservice(XD), and a nice twist or two at the end that really just got me excited for the future.

If there’s one concern its still the lack of great animation quality, but I guess that’s just something we have to live with now. I’m really kind of perplexed by this lack of quality regarding the animation. Was Fairy Tail simply renewed with a lower budget this time, or is it the new character designs, closer to the manga but harder to animate?

Minor quibbles aside, at least the show is as fun and exciting as ever now that we’re back on manga material.

I’m not sure if its because of the fillers, but I actually really enjoyed the first bit of the episode, which felt like necessary setup. It brought us up to speed with how things are for Fairy Tail post Grand Magic Games, and I’d say that they’re pretty good. 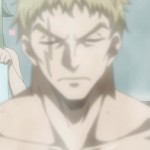 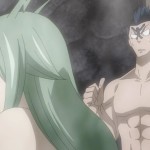 So much so that the members of Fairy Tail have to take their time and relax in their Guild’s public bath. This was obviously an excuse to throw in some fanservice, but I like how it was an equal opportunity dose of fanservice. The scenes with Freed and Laxus made me chuckle pretty hard, and Cana’s questions regarding Lucy and Natsu were pretty funny too.

I also liked the nice little nod to Groove Adventure Rave that had Erza and Wendy doing a play based off of it.

Beyond that we got another scene with Flare, that seemed a bit unnecessary, but I’m guessing she’s got a pretty important role in the upcoming arc, so it was important to establish that she wasn’t a terrible person. 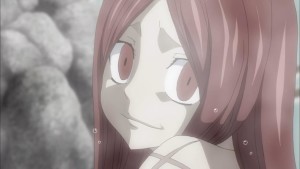 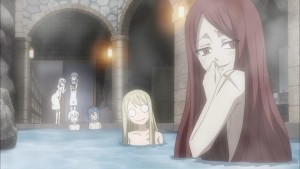 I’m still not a huge fan, but I did love Flare’s little thing where she messed with Lucy a little bit.

The other interesting thing that’s resulted from Fairy Tail’s success at the Grand Magic games, is the mage specific requests. These have led to some interesting pairings, specifically Gray and Natsu being asked to do jobs together. 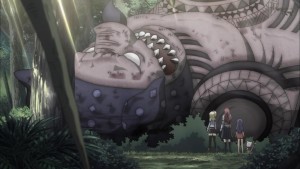 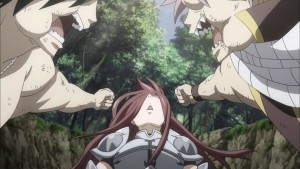 That goes as well as expected, and its no surprise that Lucy, Erza, Wendy and Carla find them long done with their Job Request, but just fighting with each other.

Of course, things got interesting when everyone got back, only to find another request specifically for Natsu and Gray. Pretty wisely, Lucy, Erza and Wendy decided to accompany the two. 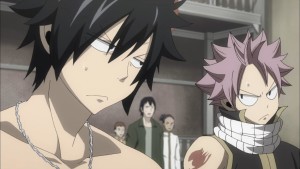 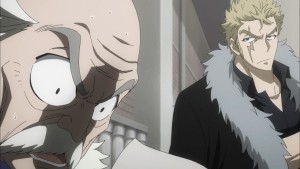 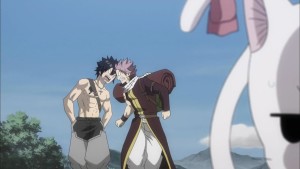 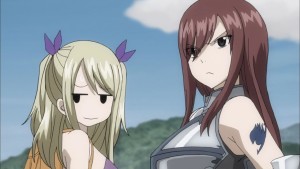 The next bit was definitely Fairy Tail in top form. The Natsu and Gray jokes while unintentionally insulting Erza, and the introduction of Warrod Seeken were the right amount of funny, weird and fun.

Warrod Seeken is a nice addition to the world of Fairy Tail and Fiore. Its interesting that while the series has gone to great lengths to point out that for all the power the mages of Fairy Tail have, they’re still pretty small in a much larger world, this was more of a “small world” moment. 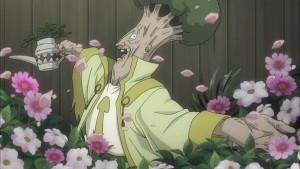 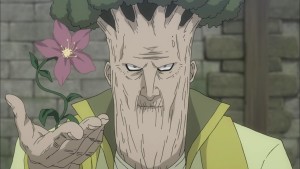 Beyond just being a quirky old man that loves plants and greenery, the truly interesting thing about Warrod was the fact that he was one of the original members of Fairy Tail.

That kinda took me by surprise, but it was an awesome twist. I’m not sure how I missed it in the OP, but I’m glad I did. I’m really interested in learning more about the founding members of Fairy Tail, and how it came about. I know there’s a seperate manga chronichling Mavis’s adventures, but I really like the little peppering of backstory in the main story. 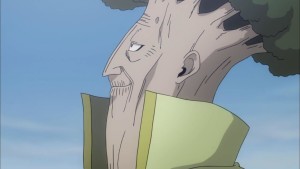 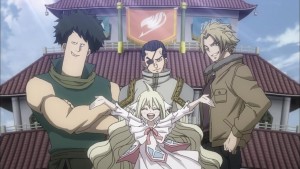 Of note is the fact that Warrod is such an old member of Fairy Tail, that even Makarov has no idea that he’s an Alumni member. Of course, given that it was 105 years ago, its no surprise that not many people know of this little nugget of info.

I wonder how Warrod would react if he knew that Mavis is still hanging around as a ghost. And beyond just Warrod and Mavis, I wonder if the other two founding members will play a part in the larger story of the series at some point.

The last thing I’ll comment on is Lucy’s new outfit. She’s the only one who got a new look, and I can’t say I’m a fan. It makes her look a bit more childish than she is, and I’m not exactly sure what the need for a costume change was. 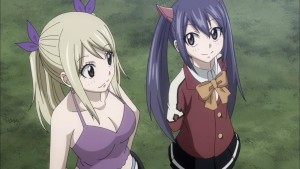 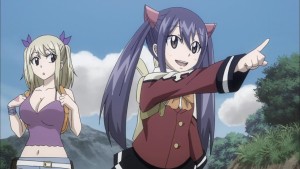 I would’ve been cool with everyone getting a new costume if that were the case, Lucy’s just doesn’t sit that well with me.

All in all, I’m glad to have Fairy Tail back. This arc is definitely getting things rolling in a great way already, and its about time for us anime fans of Fairy Tail to get some of the good stuff. 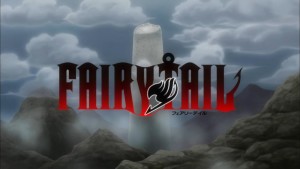 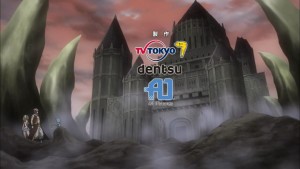 I like the new OP. Its got one of those upbeat songs that Fairy Tail likes to alternate with its more techno/trance stuff. There’s a lot of preview for what’s coming in the future, but I really liked how all the characters that I was hoping we’d get back to were showed off in some way. The one thing that bothered me was the big spoiler for Warrod’s little twist at the end of the episode. Other than that, a pretty solid OP, with some pretty sweet animation thrown in too. 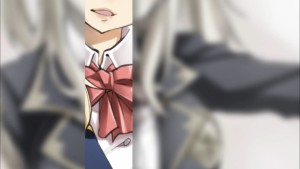 Not a bad ED either, though I’m a bit disappointed by the lackluster animation in here. It was just a bunch of pan shots, and rather slow shots. What I did like was the fact that we got some official art from Mashima-sensei and that’s never a bad thing. The song itself is a nice dose of Jpop. I’ll take it! XD 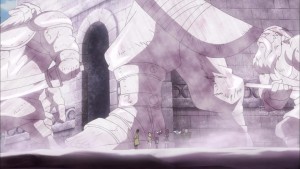 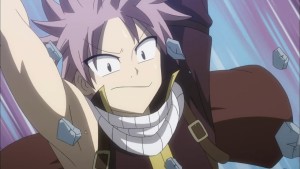 Seems like we’re getting right into the issue with the Frozen Town. Sounds good to me! I’m game for next week already! Thankfully its only a few days away!