I came into the Winter 2015 season hearing a LOT about the upcoming Kantai Collection anime adaptation. To say it is absurdly popular in Japan would be an understatement – it might approach the popularity levels of the Touhou franchise, and THAT is saying something. While I never played the game itself and never really planned to I kinda like the silly’ish idea of the franchise proper – anthropomorphic military vessels (all girls of course, which I am fine with) carry on a battle on the seas with mysterious enemies that popped up out of nowhere from the ocean depths called Abyssals (who also have anthropomorphic females in their ranks).

All sorts of similar series came to mind: Arpeggio Ars Nova (which I quite enjoyed in spite of the clunky 3d animation), which had the Fog and mental models; Strike Witches, which has young girls battling a interplanetary foe called the Neuroi, still going strong as a series with the “Operation Victory Arrow OVAs” being released; Upotte!, although that is only anthropomorphized guns as girls (the anime adaptation was awful, by the way); and in a general sense Girls und Panzer, which is one of my favorite anime series in recent years in terms of re-watch value. So … now that the Kantai collection season is complete how did it stack up? In a word I think they dropped the ball on this one, but I am still kinda puzzled as to why they went about things in the manner they did. 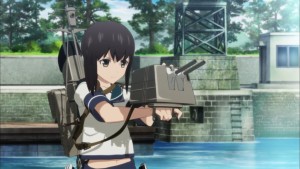 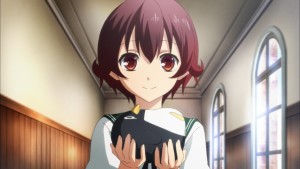 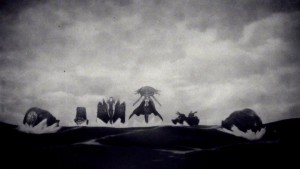 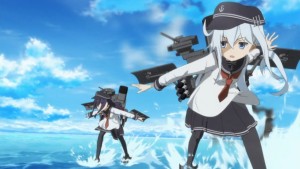 First of all to some of the series strengths. Simply put, I like the story concept, even if it sounds a little silly. I like the large character cast and their personalities, and I like the interaction between the characters. The large cast is definitely consistent with the original game itself. Even right upon its release, KanColle had a very large and unique cast, with basically no clones in term of characters. They each have a distinct design and personality with a potential of appeal for a very large audience. Not only does it obviously has its appeal for moe fans, but these characters do have their design, personality and quirks based on the original ships which also appeal military otaku. In fact, a lot of jokes require history knowledge about the Pacific War in order to understand them. The anime did an excellent job at introducing the franchise to a know-nothing like myself. So the characters definitely were a good reflection of the original game, I thought, and well done as a whole. 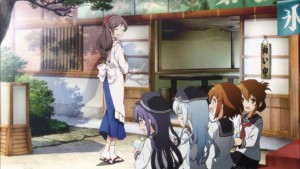 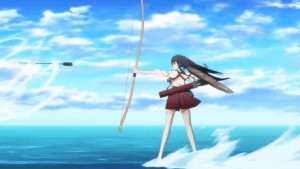 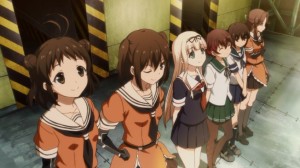 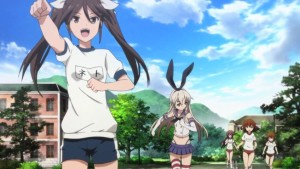 Probably the greatest strength of the series for me, though, is the slow paced, slice of life feel of the first 3/4 of the series. It worked pretty well in my opinion, and the lead character Fubuki was a good choice for it. Simply put, it follows Fubuki, a destroyer who recently got transferred to the naval base. The story focus on her everyday life as a kanmusu, which isn’t completely peaceful as an unknown enemy is threatening the seas. As Fubuki is learning and practising in order to become a reliable ship that can protect everyone, she will have to take part of battles against the Abyssals with other ship girls (nicknamed “kanmasu”).

The series seemed to be intended to balance the Slice of Life and the fights, which were confirmed early on to be set as the following ratio: 70% SoL and 30% fights, the latter being more numerous over time, particularly at the latter part of the series. Some of the best moments from the anime as a whole were in showing Fubuki’s growth as a … erm … person? Ship? Or both, I guess. Especially the arc focusing around the sinking of Kisaragi and the interaction between both Kongou and Fubuki and as a direct result Fubuki and Yuubari. 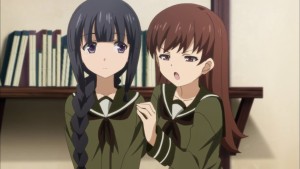 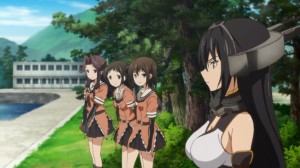 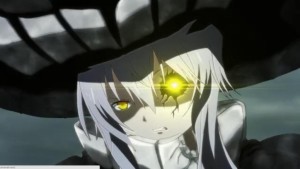 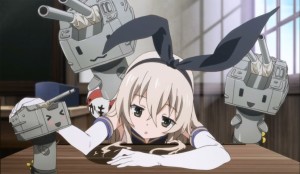 But now we come to the problems of the series as a whole, and if I were to summarize it in one word it would be in the area of the story. From episode 9 on it really feels like it has suddenly become a different anime series, almost as if they had handed over the series to a different director. The pace, the interactions of the characters, the sloppiness and cutting corners suddenly started jumping off the screen with great regularity, and I am not usually one to notice or focus on such things either. Fubuki especially suddenly began behaving in ways which seemed extremely inconsistent with how she had been shown to grow from episodes 1-8. And not just Fubuki, either – other characters as well, including Fubuki’s beloved senpai Akagi. The last few episodes she somehow turns into a character riddled with existential angst all of the sudden and it was … odd, yes, but also for me was discordant from what we know about her from earlier.

Also, in the final battles the various characters suddenly start doing things completely unexpected and out of sync with what they do in earlier episodes, things like … well … doing a flying drop kick on an abyssal whale, for example and then shooting it out of the sky?! Not to mention that abyssal whales all (very politely) waiting in the water for two of the characters to conclude their discussion and then proceed to torpedo them out of existence. Things felt sloppy, rushed, and really out of joint and imbalanced. But most of all I could not understand what was going on and why they chose to do things the way they did? Especially after the first 8 eps did such a decent job at setting the stage, the tone and the characters? 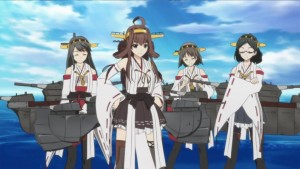 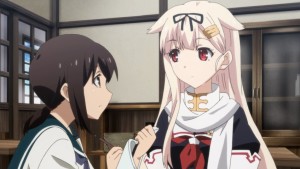 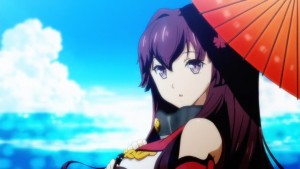 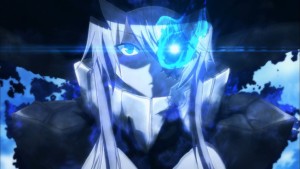 At the end of the final episode there was already an announcement for a “sequel” … which would likely mean another season, but could also mean a movie or a batch of OVAs or something similar. But whatever they do, I hope they can learn from the mistakes of this season and build off of the strengths. It really felt like the series could have been a lot more consistent and interesting than it was, especially if they knew of a sequel in the works as well (in some sense no surprise, given the crazy popularity of the franchise). Whether the sequel (if it is a series) will be a direct continuation of season one or will be a totally different angle on events is not clear. It would make sense to continue from season 1, but the adaptations of the franchise are incredibly varied, so seeing a different angle on things (or even focusing on a different character(s) in a different part of the fleet overall or at a different time in their lives) does not seem out of the question – Shimakaze being a prime possible candidate, for example.

Even with all this, when looking over the season as a whole I really wanted to like the series and felt I could … until episode 9 came around. And then things began to go downhill for me. As a result, I cannot really recommend it beyond a “this is a poorly executed adaptation on the whole”. It gets a B- grade from me. They could have (and even should have in my opinion) done better.

As a postscript, for those interested to learn about the franchise and the anime adaptation in much more detail, they should check read this forum thread. It is excellent, and helped me ease into the series quite nicely.