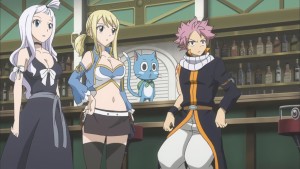 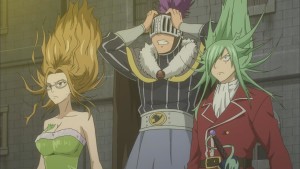 50 episodes into the “second” series of Fairy Tail, and we finally get an episode solely focused on Laxus. Throughout the series, Laxus has slowly emerged as a endearing character for many, myself included.

I believe I’ve talked about this at length before, but its Laxus and Gajeel’s redemption arcs, the whole change from villain to anti-hero to kind of actual hero that’s been a joy to see. Its Mashima-sensei’s unique talent to actually sell us on the idea that a character like Laxus can change from the annoying spoiled brat bully to what he is in this very episode. 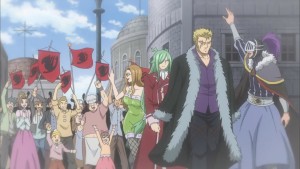 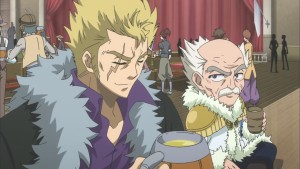 Now, while this episode wasn’t exactly all that amazing, what I did like about it was how it showed us what Laxus has become. He’s definitely changed to someone who puts others above and beyond himself, and not just his own comrades from Fairy Tail, but general innocents as well. 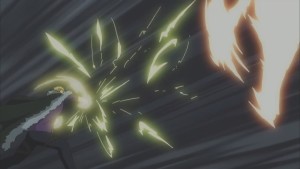 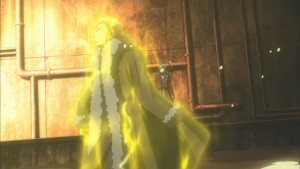 The way Laxus constantly put himself into harms way for the people that he was trying to help, was just well done and great to see, through his actions rather than some kind of exposition.

While the core of the episode was great, I will admit that the setup was kind of cookie cutter. Laxus comes back to Fairy Tail and finds a job especially requesting him. Given Laxus’s performance in the Grand Magic Games (taking out his Dad’s entire guild!), I’m not surprised that people are beginning to adore him in Magnolia. 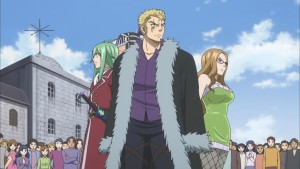 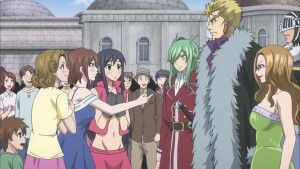 Once he’s in the town where the request came from, Laxus is totally swarmed by fangirls and fanboys. Beyond just being a nice and funny moment, the part where a girl says: “I wouldn’t mind being with him.” is pretty important. Important, because Laxus himself is kind of surprised and a little happy with it.

Laxus with a girlfriend? That would be something I’d love to see XD. I’m sure there are parts of the fandom that are all about Laxus x Mavis. My personal take on the idea is that I’d definitely need to see explored more before I commit to that particular couple. 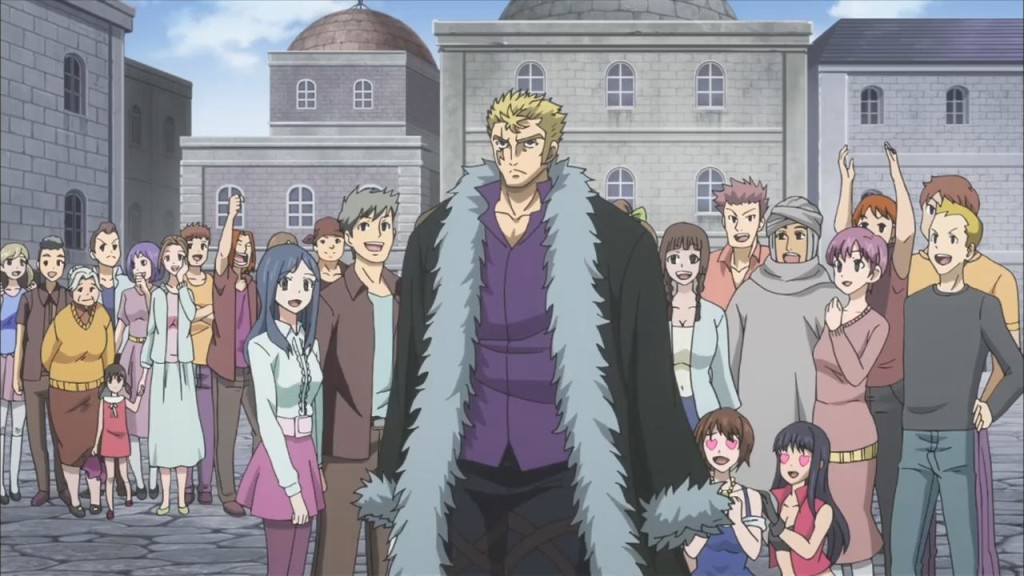 But again, this episode gave us some insight into Laxus himself. That’s what a side story or filler episode can do, give you some intimate details and time with a character that you don’t generally see.

True to formula, however, this whole episode was another episode where Laxus was trying to undo a past wrong. In this case, an entire town was constantly plagued with lightning because Laxus apparently went wild against a bunch of punks while drunk, shortly before the Grand Magic games. 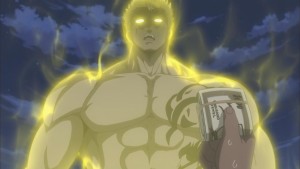 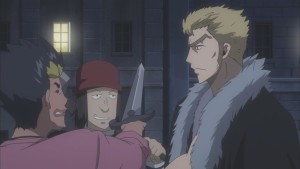 The twist though, disappointingly, is that the whole request is a sham by the Town Mayor and his butler, trying to swindle money out of Fairy Tail itself. The whole lightning, while definitely from Laxus, is actually stored in a Lacrima that needs to be taken out by Laxus and his number 1 fanboy Freed XD

I think the really interesting moment, however, is what happens when Laxus learns about the Mayor’s whole scheme. The moment of confrontation, where you’d think Laxus would mop the floor with the Mayor, is when he also sees the mayor’s cute granddaughter, and softens up. 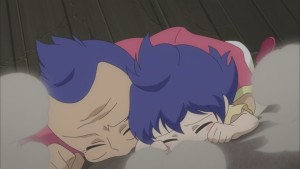 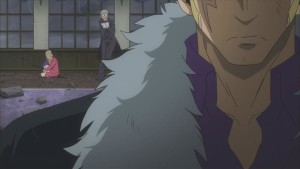 The Laxus of the past? The one we saw when Fairy Tail first started? He wouldn’t have cared. Again, this contrast is just so darn interesting, and its to this episode’s credit that it beautifully highlights the current Laxus.

And with that, I’d say we have another solid filler episode in the bag. 50 episodes in, I’m more than ready for the new manga arc. It’ll probably only be another week or two before we get into the next manga arc.

Oh and before I forget, Here’s the fanservice ED shot of the week featuring Yukino from Sabertooth: 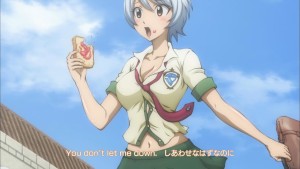 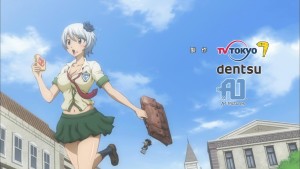 I wonder if there’s anyone who looks forward to these? I actually wouldn’t mind some cool artwork of the guys, or different members of Fairy Tail in cool poses or something, but I’m probably in the minority XD 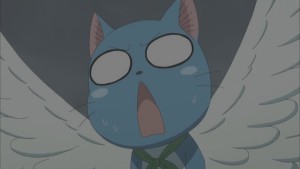 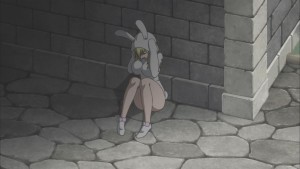 Ooookay. Next episode is going to be weird… really weird. Yeah. We’ll just leave it at that until next week. XD