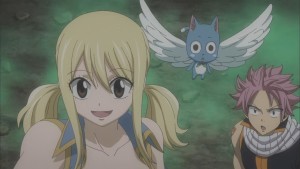 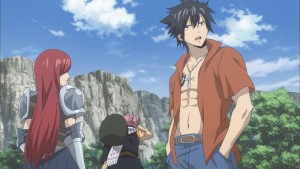 These two episodes are a prefect example of how fillers should be; inoffensive, standalone stories that serve as a nice distraction until the main story comes back into play. Whats interesting though, is that these two episodes aren’t exactly fillers per say, but rather an adaption from the second Fairy Tail Light Novel.

I think that alone makes it a bit of a step up from the rather weak content we’ve been getting so far. Despite being only two episodes, and kind of forgettable as stories go, there’s competent writing serving as the backbone of the story, which makes for some decent entertainment. 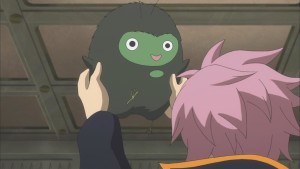 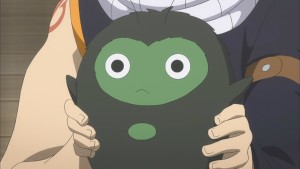 If this two episode story arc does one thing right, it definitely managed to make me grow attached to Kemokemo, the little plant/furry creature that Natsu and Happy end up adopting. I think its both a combination of the good writing, and the great performance by seiyuu voicing the character.

Its interesting how in some ways, even stylistically this story is a bit different from anything we’ve seen from Fairy Tail so far. For one thing, the monologues/inner thoughts of Kemokemo make for an interesting stylistic choice, one we haven’t seen employed in Fairy Tail. 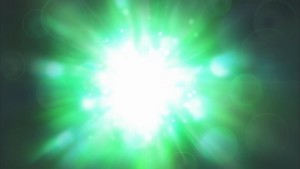 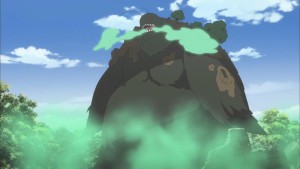 I have to say that while I quite liked it for Kemokemo, I don’t think it’s something that quite suits Fairy Tail as a regular thing. What it did do for this story arc though, was set it apart and give it a bit of a unique vibe.

Beyond Kemokemo, the rest of the story was pretty average. I wouldn’t say there was much of an interesting twist or anything too exciting going on. In fact, the recap in the second episode does pretty much state how bland the story is uptill that point anyway. 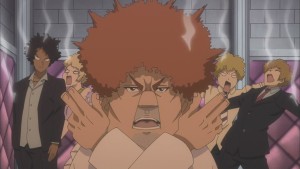 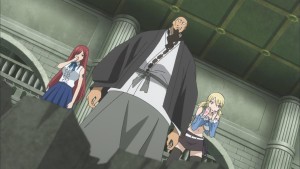 The whole exchange students thing was a pretty interesting idea, but I wish it would’ve gotten its due focus instead of being a kind of side show to the main Kemokemo plotline. The humor, as has been the case recently, was really hit or miss.

The only scene that truly got a burst of real laughter out of me was when Gray, all cross dressed and what not, just lost it and tore his clothes off: 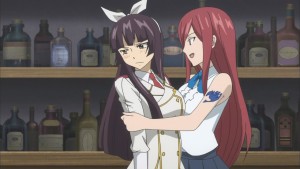 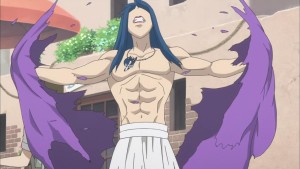 It’s rare for Fairy Tail to be so off with the humor, but I guess it is what is when Mashima-sensei isn’t the one behind the writing.

All in all, not a bad couple of episodes. At this point the filler fatigue is really starting to hit though, and I’m about ready to get into this big new manga arc that has had manga readers excited and enthralled for ages now. Hopefully its not too much longer now.

Also, Double ED fanservice for fans of the Mermaid Heel Guild! Both Miliana and Kagura get their own fanservice pan shots. XD 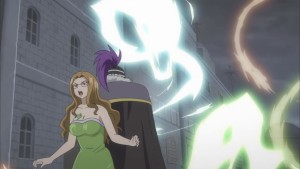 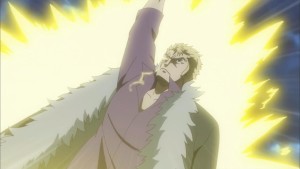 Seems like the fillers aren’t quite done yet. We’re getting an episode centered on Laxus for a change. A change that I very much welcome!