This was another episode that was difficult for me to write about, to be honest, and that is because the main impressions and thoughts I carried away from it were actually kind of … bittersweet. In general though, the feedback I have seen and read in other blogs and in various anime forums about the series have mentioned nothing of the sort. In many ways the various things I have written in the other posts on this series have often been similar (though not all the time), and after being “different” so often sometimes I wonder whether or no I am totally off or reading into things. 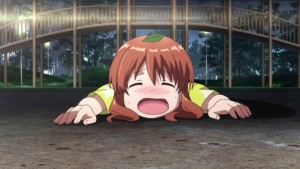 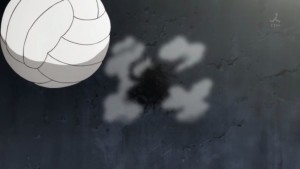 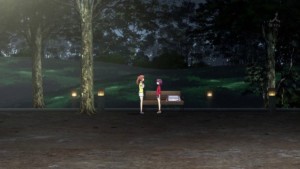 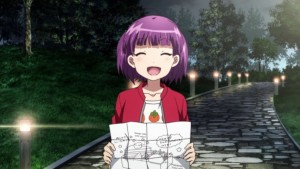 Okay, before I begin mulling over the episode itself let me beat a dead horse and get this out of the way – Kirin is indeed a monster (some have jokingly suggested she is an ogre in disguise), or a cyborg or the like. Her raw athletic ability really is through the roof. In role playing games she would be easily categorized as a “front line bruiser”. Her raw strength and endurance are really quite something. Of course this is anime and sometimes things are exaggerated for comedic effect, but even with that smashing a dent in the wall of a stone building’s foundation with a volley ball is … inhuman. Her running form is also top notch. We are shown in this episode that she lives pretty deep in the countryside, and I wonder whether or no that encouraged her any to be the energetic, active creature that she is? Even with that though it is kind of nice that she is able to help out Ryou in this episode in the latter’s preparing for her school’s upcoming Sports day. 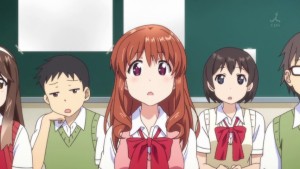 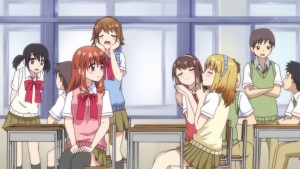 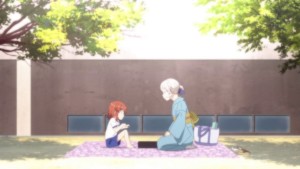 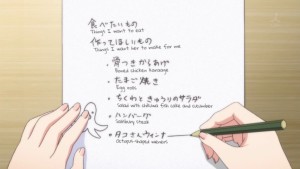 It might be hard to find a greater contrast to Kirin’s raw physical monstrousness in Ryou, though. Ryou is indeed talented, intelligent, beautiful (approaching drop dead gorgeous in some people’s eyes, perhaps), artistically adept, refined, gentle, etc., etc. However … she is hopeless, and I really do mean hopeless, when it comes to athletics and sports – so much so that I felt sorry for her. Rarely have I seen someone in anime that bad. To say she is a klutz would be a compliment. When she jogs she looks like an excited ostrich that has lost control of it’s limbs and later on in the episode when actually participating in a race she was … well … honestly I feel a little guilty going into more details. I will say that she felt she achieved a great thing by not falling and hurting herself in the race, though. 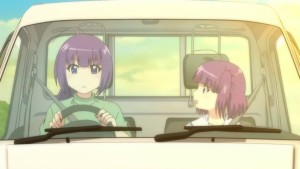 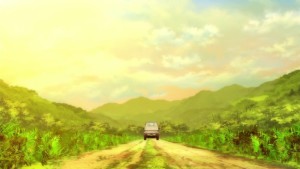 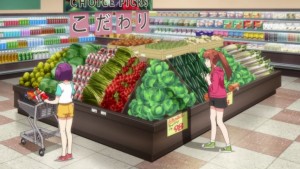 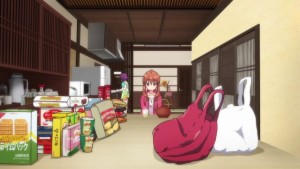 Setting aside these night and day comparisons and getting to the episode itself, though…. On the whole this felt like the episode looked at the initial baby steps of Ryou somehow putting the lesson she learned in the last episode (to my way of thinking a supremely important one for her). The long and the short of it is that Kirin prepares a “bento” or boxed lunch for Ryou to bring with her to the Sports day event and to do this Kirin has to (gently) muscle her way in and around Ryou’s resistance, supported in Ryou’s mind by various “good” or “unselfish” reasons and concern for Kirin herself.

Even while Kirin is giving it her all and trying her best Ryou was almost literally writhing with anxiety at being made to sit still and have someone else care for her. Yes – part of it was “in Kirin’s best interests”, such as not wanting her to hurt herself or the like, but to me it seemed there were other things going on. When push came to shove Ryou intellectually knew it was important to let other people care for her, but her habits of reacting, thinking and feeling would not leave her alone on the matter. 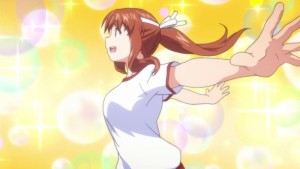 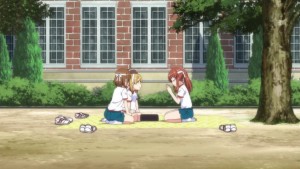 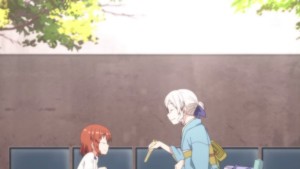 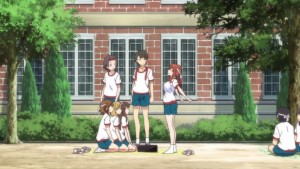 In some ways though the most telling event in the entire episode was during lunch time on Sports day itself. Her classmates (it was quite interesting to see her friends from her everyday school as well – up until now we mainly saw her friends from the cram school), knowing Ryou is an absurdly talented cook, were looking forward to trying out her home made meal. After hearing that it was made by someone else and looking at how the food was designed and what was chosen (in accordance with how Ryou had thumbnail sketched it on a piece of paper Kirin found earlier in the ep proper) they comment that: “This was not put together by a middle schooler.” That is – it reflects the tastes and design of someone much older. Ryou hears this and speechless, not knowing what to say about it. More than that, to me it seemed as if the thought had never entered into her head.

Her classmates were (and are) kind to her, but to me this unwittingly insightful observation really accentuates the fact that Ryou really is in many ways not only different based on who she spent a lot of time with, but even that there are parts of Ryou that have grown up too fast, that have become responsible ahead of an ideal time because the situation (perhaps even her “emotional survival instincts”?) demanded. This, combined with the “writhing” at letting Kirin do something for her, really stood out and colored the entire background music of my impressions throughout the episode proper. 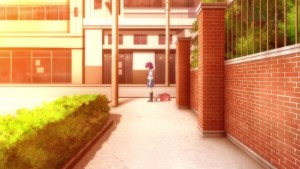 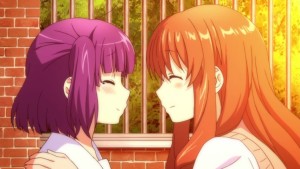 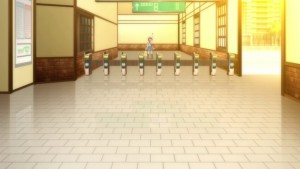 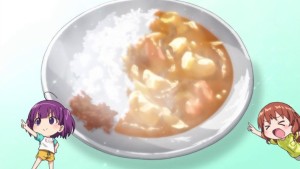 For all that faint, bittersweet melody of sadness, though, in many ways I felt this was also a positive step forward for both Ryou and Kirin. Even with the great difficulty involved Ryou did relent and let Kirin help her out, and even if it could be argued that Ryou’s power of active imagination might be on par with Kirin’s physical abilities, she did nonetheless have a wonderful experience eating Kirin’s handmade lunch – and conveyed that to Kirin despite the latter’s full knowledge that what she made, despite all her efforts, was a valiant attempt but came nowhere near what she wanted.

Kirin though, made a great step forward by muscling her way into Ryou’s life and going out of her way to try and help, yes, but also to actively, practically show her love for Ryou proper. And this is exactly one of the things Ryou needs, I feel, but there is another aspect of who Kirin is that Ryou needs as well, and that is her … childlike and spontaneous nature, I guess. Ryou has been forced by circumstances to grow up too fast, and especially since her grandmother died. Kirin’s example provides a balance in her day-to-day interactions with Ryou for the latter to almost “be allowed to backtrack” (not in a negative way) in her development as a person and let parts of her begin to bloom that have not been able to before. I wonder if Ryou is actively aware of these things yet, though? For the moment I am happy for her, though, and hope that she will become aware of what a blessing Kirin is for her in time; perhaps Kirin will continue to be able to learn from Ryou’s strengths as well. ^^