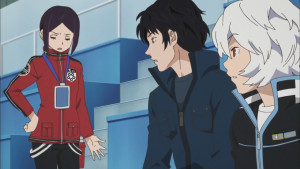 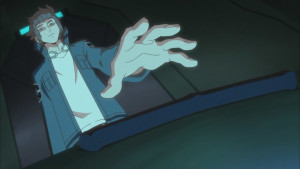 World Trigger is a series that features all the good and bad qualities of what is a typical good shounen series these days. In some ways, your enjoyment of the series really will vary based on how tolerant you are of those bad qualities, and how much the good things appeal to you.

The reason I’m writing about this series is that World Trigger really is one of those series that appeals to me. Its also pretty sad that there’s no good good ongoing blog coverage that I’m aware of. Samu over at Random Curiosity did a great job on the first 13 episodes, but his love for the manga ultimately made him drop it. 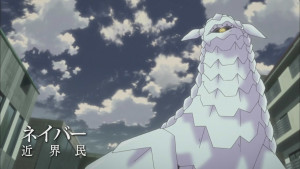 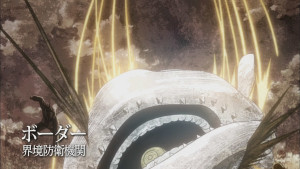 As someone who hasn’t read the manga (isn’t that generally the case?), I really enjoy World Trigger. Having said that, As Samu rightfully pointed out, even though World Trigger has a confirmed 50 episode run (That’s 4 cours!) and yet its acting like its living on borrowed time.

What I mean by that is the long recaps, that while not as atrocious as One Piece, are pretty noticeable. The episodes definitely feel very short too, not only because the content is good, but because there generally is just one major thing happening per episode. 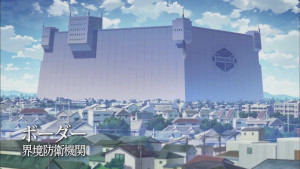 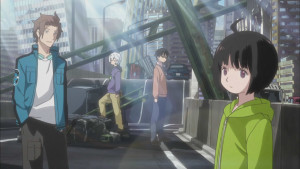 The whole Border organization is made of a bunch of interesting individuals, and the whole “three factions” that are anti-neighbour, neutral and pro-neighbour, that whole dynamic is intriguing.

Then there’s the four main characters. There’s Yuma, who’s technically a neighbour, and has a dark past, but is a fun guy, a bit odd and what not. There’s Chika, who’s brother and friend were abducted by neighbours and who has the most raw power out of all the characters. Then there’s Jin, one of the strongest in Border itself, a generally nice guy who cares about his kouhai (juniors). 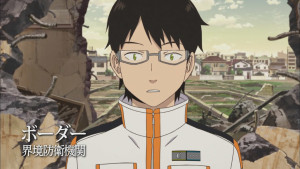 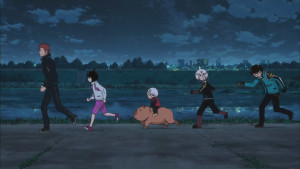 And then there’s Mikumo, the weakest of the bunch, but the one who has the biggest heart and a strong moral sense. He’s also pretty creative and smart, as this episode showed.

One of the things that’s bugged me since World Trigger started is how darn weak Mikumo is, even though he feels most like a protagonist. Mikumo wants to do good, and in terms of wanting to do good, no one can beat him. But unfortunately, he hasn’t had the power to back up all that talk.

And this episode wasn’t the episode that Mikumo finally became amazing, but it was an episode where we saw what will probably make Mikumo special. 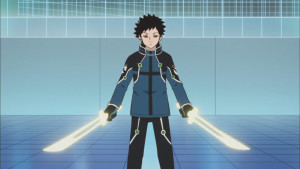 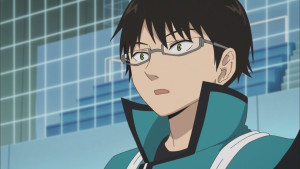 Thanks to the long recap, I don’t think its necessary to recap the plot itself. Mikumo and Kazama had a bunch of mock battles, with Mikumo clearly getting trounced.

Its telling that Mikumo clearly has the potential to do great, but I think he really needs a reason or stakes to perform well. He got that Kazama revealed that Jin had given up his Black Trigger Fujin, and that was when Mikumo kicked into high gear. 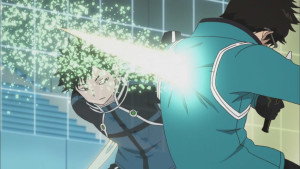 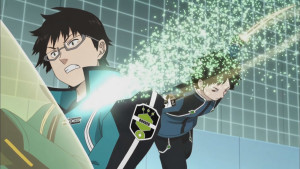 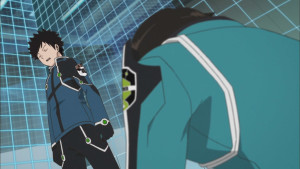 It was awesome to see Mikumo completely dominate the mind game when it came to the last bout. Mikumo is the underdog that you root for, that ends up disappointing nearly every time, until that one moment… When he manages to land a tie XD

After 24 battles, Mikumo is only able to tie with A-Rank Kazama once, and only a tie at that. And while it sucks for Mikumo, I really like that. 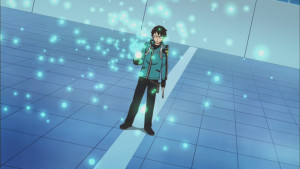 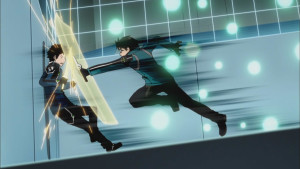 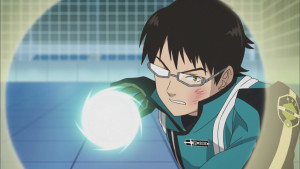 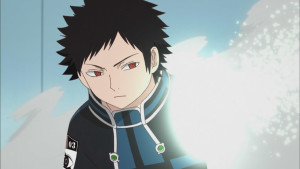 Yuma and Chika are the insane ones, with the crazy power levels. I like that Mikumo is the normal one, that is slowly coming into his own and discovering himself. It just adds a nice contrast to what are some truly crazy and powerful individuals all around him.

And while Mikumo was the focus of the episode, it was nice for Chika to get some of the spotlight with her big hole in the wall. It was interesting seeing R&D Direct Kinuta go into “old dad” mode with Chika and completely soften up. 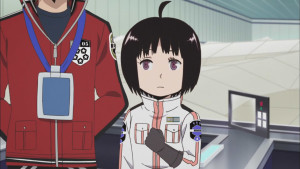 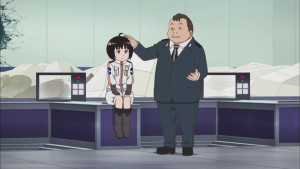 And the episode ending with Jin casually chatting on the phone while inside a giant neighbor’s mouth. I liked the tease from Jin that things are only to get better, even if he doesn’t have his side effect anymore.

All in all, a solid series. We’re right in the middle of the Qualification Arc for both Yuma and Chika, so its a good time to pick up this series I suppose. 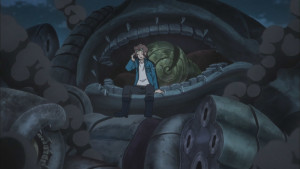 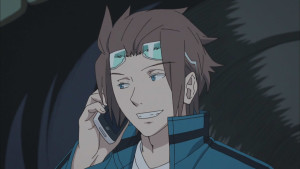 Here’s to covering this series every week as well! XD 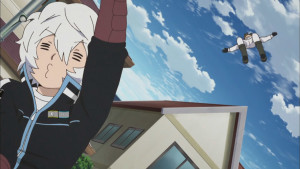 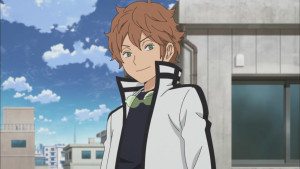 I’m actually surprised there’s going to be another Mikumo battle so soon. I guess he’s the one who needs the most experience XD.