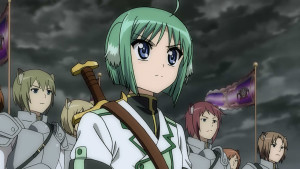 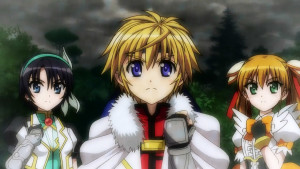 Well this situation was certainly resolved a whole lot faster than I ever expected. I completely expected a few battles to occur before all the armies arrived, but instead it was just one big conflict from start to finish. I guess they had to skip the travel for the armies in order to conclude such a big battle all in one episode.

I’m left pretty happy about how the episode went, but curious about what might be ahead. They could easily transition into the kind of stuff we saw in the second season or have another big conflict on the horizon. It leaves me curious about what is going to happen and hoping the show can deliver some great moments later on. 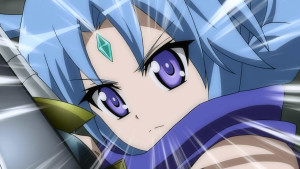 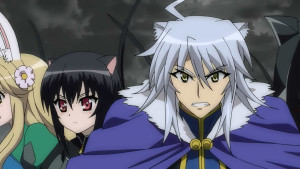 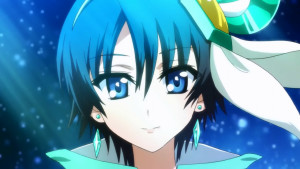 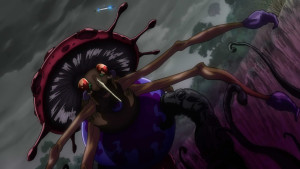 This was just a full flown war for these countries. There wasn’t any risk of life since the protection was clearly still in order, but the danger came from what would happen if they failed. If they ran out of soldiers that would have been it. The demons would have just overflowed and things would have gone completely downhill in a hurry. Kind of like dealing with a zombie invasion in a sense. Even though the good guys would recover eventually it would be too late. it’d just be too out of hand or the clean up would take an extremely long time. This was the one chance to get it done.

It was nice to see them try to give as many characters focus as they could. At this point they’ve made a rather large cast and giving some action scenes to everyone isn’t the easiest thing in the world. Its was mostly one attack for every character, but a few got more than that. It was enough that you could tell who was doing what and that they were giving their all. The rulers trying to keep the dragons pinned down while the heroes took care of the core threat. It just required a full team effort by all these armies in order to win.

The action overall was pretty good. The hero time for all the heroes (plus Gaul) was pretty good and showed that they had to bring everything in order to win this time. Even Nanami got her own crystal which now puts her on the same level as the other two. Props as well to Sharl who was thrown into a pretty extreme situation, but did her job and got in the key shot they needed. 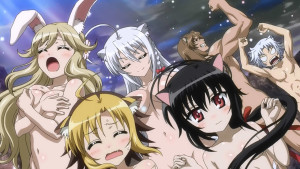 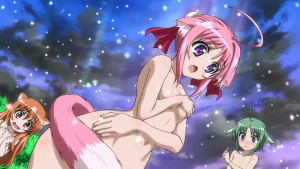 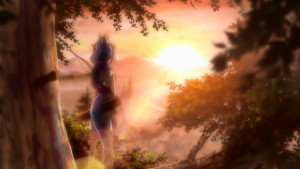 The aftermath was pretty well what you’d expect from Dog Days. Found a way to make sure everyone’s clothing got obliterated XD. After all that seriousness I guess they figured some fanservice was in order. The characters never look sharper than when it’s time to show them off. Also got the Yukki tackle on Shinku earlier. I guess she felt left out not getting to see him for a few episodes XD.

On a more somber note I did feel for Sharl at the end. Nothing like having a lot of people around to remind you how alone you are without them. But everyone has to get back to their homes and she has her job to do. The forest will recover, but all the more reason for her to be on the job to help guide it back to its pristine state. Rough since obviously she fell hard for Shinku earlier there. But, she will clearly make a return fairly soon since she did promise to visit. 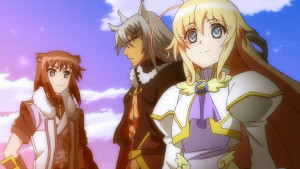 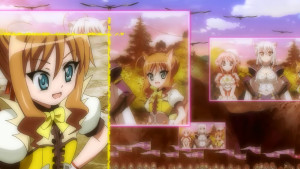 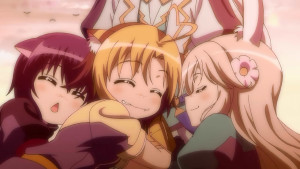 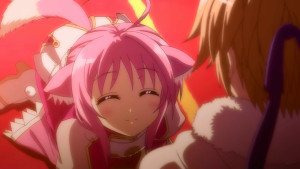 I will say that that the predictions from Sharl’s people were a bit extreme. There was no way she could solve this kind of crisis by herself. The numbers were just totally out of control. Even being willing to sacrifice her life wasn’t going to deal with this mess. It’s a good thing help arrived when it did. I do wonder if that is the end of it since that might not be the crisis that she had to risk it all for.

I only say that because there is still the scene in the OP that has me curious about the future of this season. The new generation of heroes, rulers, and knights managed to handle this situation on their own that’s true. But that OP scene with the older generation looking somber has me wondering if they will have to make a big move or sacrifice themselves in order to secure the future down the road. 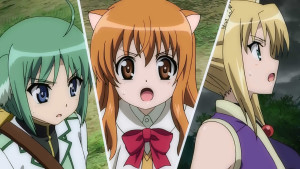 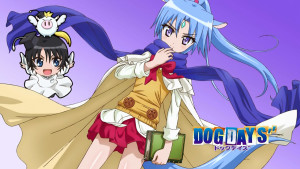 I’d say this was a good episode overall. I enjoyed watching the action and seeing everyone get to play a role. It seems like for a few episodes anyways things will calm down and we can have the normal fun times for the heroes again. Though I still think things are going to pick up later on. Seems like they wrapped this up a bit too quickly to just relax for the rest of the third season. Nothing wrong with a bit of relaxation though. Have had to jump between various characters a lot so a bit of focus on smaller groups might not be a bad thing for the short term.
Score: A