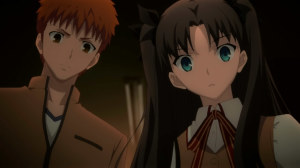 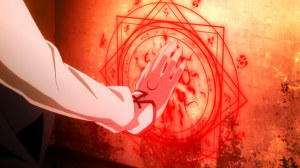 This was a good episode for developing some characters and getting some insights into their motivations. It had a bit of action at the end there, but the next episode should be pretty epic considering we’ll be looking at Caster vs Archer and Assassin vs Saber. That alone makes next week something to be excited about.

We didn’t lack development this week though. Got to find out a bit more about the world of mages and how they view things. Until it reaches a certain level individuals like Rin won’t really recognize people around them as mages. Seems like a lot of people have a latent amount of magic in them, but that doesn’t mean they have any extremely noticeable power. Rin certainly got the score wrong about her school though. Two individuals other than her ended up becoming masters in this war. I don’t really blame her considering the reality of the situation, but is kind of funny how that worked out. 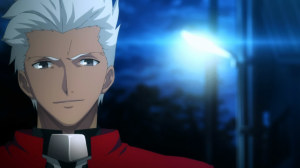 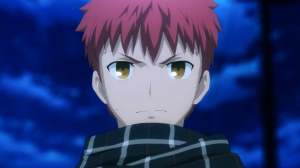 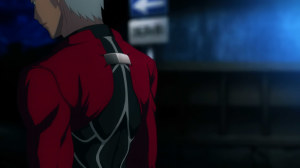 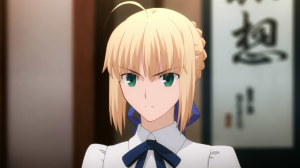 For a guy without any memories, Archer sure is sure about his lack of motivations in this war. Though is a kind of tragic thing when you think about his situation and most of the servants. Dragged into this war, forced to serve people they are way more powerful than, and for some not really having much reason to be there. Of course it seems like some servants are plenty motivated to win and have something to fight for.

From this impression it feels like Archer and Saber are both very unique in this war. Saber being the type to answer the call from her own will for some reason and Archer having a very cynical mindset and no motivation to claim the Grail. Although it’s certainly a grim situation when you look at it from Archer’s perspective. These previously incredible people summoned to serve others and acting as tools in someone’s war. Brought back to life and regaining all those regrets you had unfulfilled. Certainly seems like there is a lot to Archer that is still under the surface and leaves you curious as to where things will go there. 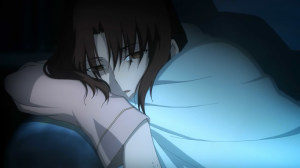 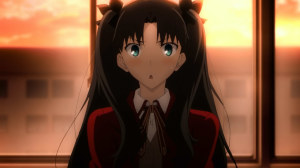 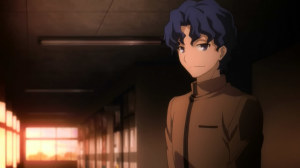 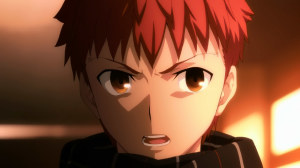 Somehow not a shock that Shinji is involved in this. Stood out too much and frankly someone that slimy is bound to be up to something. I’m also worried about Mitsuzuri’s condition. We saw what the state of that other girl was in, so can only imagine how things are going to go for Mitsuzuri. Can only hope she’ll be able to recover. No doubt that scum Shinji was behind that and the field surrounding the school. He’ll definitely need to be taken out before he does something that can’t be undone.

Nice little chat between Shirou and Rin as they cleared things up around the school. They couldn’t completely get rid of that field, but at least prevent it from going into its worst stage and killing everyone in the school. Plus any episode that still finds time for a unsteady and blushing Rin is ok in my book XD. 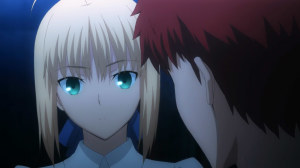 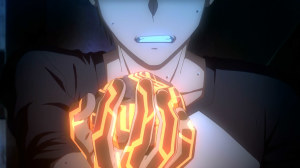 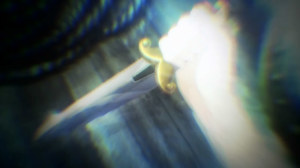 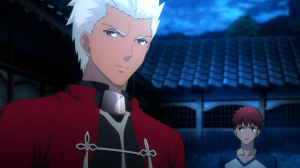 It was also a good episode to get an understanding for Shirou’s strengthening magic. Kind of funny that he’s best suited to powering up something like a knife. Just shows how far he has to go and why it’s such a long road to improve magic on ones own. Concentration does seem to be key, which I suppose isn’t as easy when Saber is getting right in his face like that XD. Was a nice little moment for them and shows Saber’s interest in what Shirou is working on. It’s a magic she probably isn’t all that familiar with, so learning can always be helpful.

Things got a bit messy though with Caster making her move. Have to think those images and flashes are hints as to Caster’s identity. A mix of the reality of Shirou moving and the memories that give hints as to this servant’s identity. A dangerous individual with how she set up this protected base and is using the energy of all the people within her grasp as power sources. Even targeting Shirou so she can steal the command spells and give them to her own master.

Made for a great scene when Archer showed up. That guy gets some cool music for himself XD. Quite the cocky guy as well talking down to Caster and her ‘woman’s fury.’ Seems up for the fight though. Also looking forward to Saber vs Assassin. A surprisingly open guy for a servant carrying the title of assassin in this war. Sasaki Kojiro, all I know about this guy is what you can Google about him. Can say though he’s a pretty darn good swordsman and might be a bit tricky for Saber to get past since he has the higher ground. 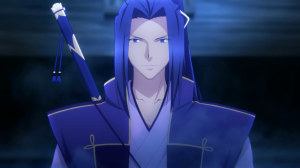 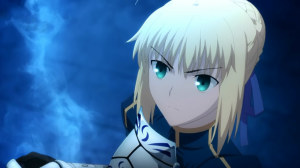 This was a pretty good episode in setting up the next big conflict. It makes sense why Saber had to take the stairs with that field surrounding the temple. Pretty easy for Caster to have Assassin secure the front since there is that one path straight through. Although in that case it’s curious how Archer managed to sneak in there. Did he just slip back Saber and Assassin in that kind of spirit stealth mode? Either way it’s a good thing he did so that Shirou is a bit safer. Though a guy that clearly doesn’t like him isn’t quite the savior I think Shirou would like. I wish it was already next week so we could see these fights XD.
Score: A-