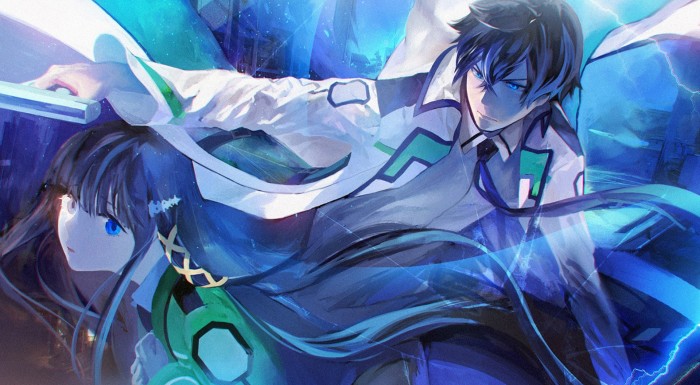 In a season that’s been marred by a lot of average of mediocre or below average shows, Maouka Koukou no Rettousei (The Irregular at the Magic High School) stands out as the show with the weirdest combination of disparate elements. The show is a light novel adaption, its both science fiction and magic fantasy, its got high school romance, hints of incest, incredible action and some characters that grow on you. And that description barely scratches the surface of how intricately complex the show is. Complex is probably the best way to describe this show, and as you can probably guess, complex doesn’t always equal greatness. 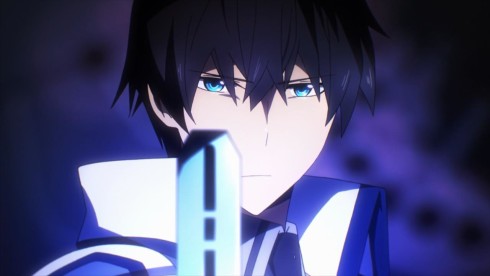 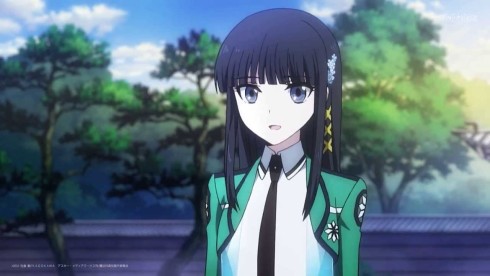 In many ways, its hard to really pin down this series, which is based off the light novel series by Tsutomu Satō. There are some things the series does really well, and some that don’t quite make it to greatness despite the latent potential being there.

The story is one such thing. The world of Maouka Koukou no Rettousei is a fascinating place where magic not only exists, but is used in daily life as technology. This gives off a very contemporary modern tech feel to the series, and the only place where I’ve seen something similar is in RPG Final Fantasy VIII. Yet, for all the potential of exploring a society where magic is common place and has become more of a science than anything, the series gets preoccupied with the small details of its world building, making it often difficult to follow as a whole. 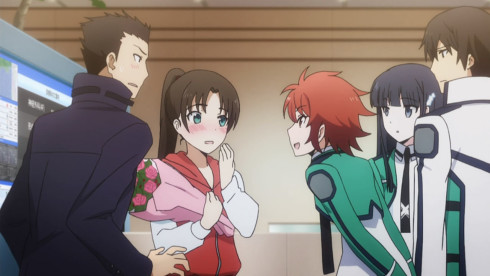 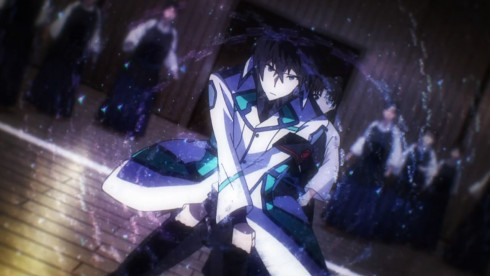 It can be seen that there’s serious thought being put in to how this world works, and even goes for a sort of “Hard Science Fiction” sort of feel, but the explanations for everything are so convoluted and hard to follow, that its hard to find yourself lost when the characters talk about the technicalities of their fictional magic. Yet these technicalities don’t make sense, and come off as nothing more than fluffy jargon and give the illusion of something more complex that’s just not being explained well.

The attention to detail is fascinating, or rather the attempt. The series tries so hard to put logic and reason behind everything in its world, but is just not successful at actually presenting it to viewers. The result is a very interesting world that definitely gives the feeling of something plausible, but tends to repeatedly bash the viewer on the head with needless details that make it look bad. 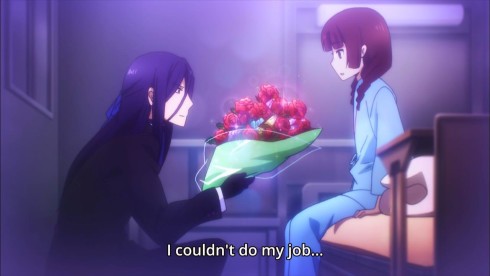 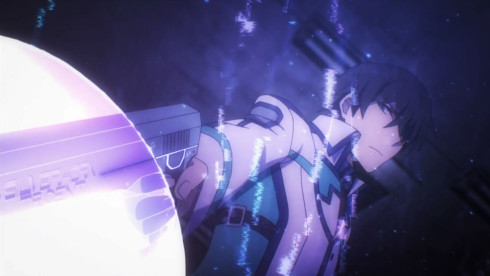 The fact that the Art Direction, character design, even the color scheme for this series is so slick and well done definitely helps sell the idea. With Madhouse at the helm, its not surprising seeing a very interesting mix of Contemporary design mixed with more floral greens, purples and whites. Lots of whites XD. The thing is though, from a visual stand point alone, the series is really able to sell its world. Its unfortunate that while the world is pretty on the surface, its the details and cohesiveness that end up breaking the illusion.

Of course, the interesting and unique setting is only one of the many double edged swords that this series has at its disposal. The characters are another. I’m not sure there’s ever been a case where there has been a cast of characters that are so “love/hate”, as the one in this series. 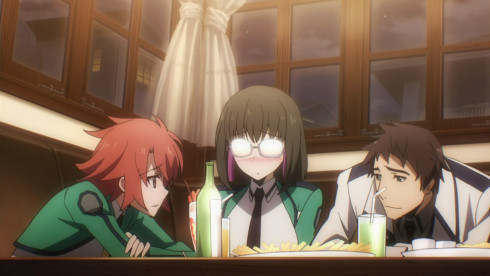 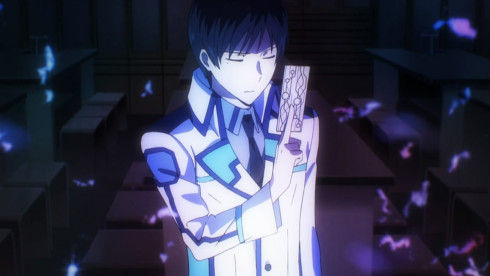 The major issue is perhaps the fact that nearly every character starts of as some kind of anime stereotype or archtype character. The main character, Tatsuya, is the stereotypical cool, calm and very good looking protagonist. His sister, Miyuki, is the typical younger sister with an unhealthy amount of affection for her brother. The other characters such as the playful older Senpai (Senior) Saigusa, who is the student council president, the friendly “brawns over brain” “dude” Saijou Leonheart e.t.c. The entire cast, especially in the early episodes, is very generic and kind of cookie cutter, for a show like this. Cool character designs that are easy on the eyes and great seiyuu voice work help keep them from getting forgettable too quickly.

And its good that the visuals and voice work are able to keep at least some interest, because while the characters never quite become extremely interesting deep characters they do grow on you. A combination of some added nuance and some clever pairings make for a cast of characters that just have good chemistry and work well in the situations they find themselves in. Of course, it takes around half the series for these characters to go from easy on the eyes to endearing. 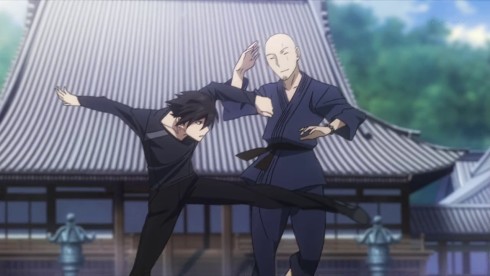 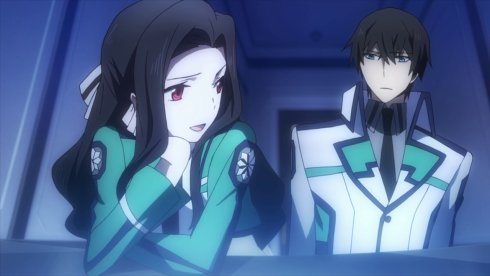 Other issues that plague the series are a lack of a dominant villain, and the fact that main character Tatsuya is pretty close to a “Marty Stu” character as can be. He’s extremely over powered, always able to handle every situation and manages to have everyone like him. He’s very much a machine, but still very socially adept. He’s in many ways made to be the perfect guy at first. Its much later in the series that he gets some added depth, character flaws, and some hints at a backstory.

Its also worth noting that there is a serious pervasive incest element to Miyuki and Tatsuya. In the story, Tatsuya at least doesn’t seem to be romantically interested in his sister, while Miyuki’s feelings on the matter are quite to the contrary. Its hard to tell whether its played for laughs, or if its simply another one of those staples of the light novel medium, but either way, its there. While it doesn’t quite reach the levels or Oreimo or some of those other shows, the element exists, and can at the very least be distracting if not repulsive. 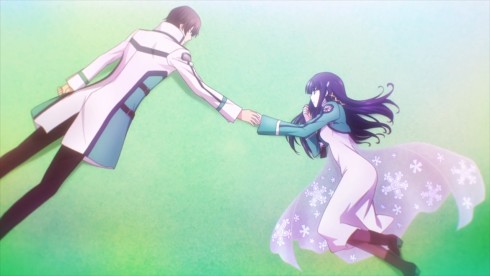 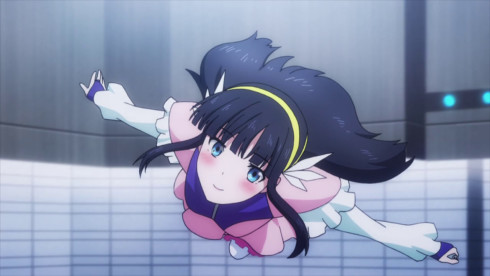 Perhaps the largest issue with the series, as is the case with most Light novel adaptions, is that it serves as little more than preview to a larger story. Clocking in at 26 episodes, if the series does grab your interest, the story is hardly resolved. Its only in the second last episode, that we truly get to understand what Tatsuya’s powers really are, and get some hints of his relationship and history with his family and how his sister relates to it. The series adapts a series of story of arcs, that pretty span 6-7 episodes each. The final arc ends up kind of changing the status quo, right as the series ends. The ending for the series isn’t painful, but it feels like the story’s only made it to chapter 2 of a long epic.

While the story, characters and world building are a mixed bag the action and animation are not. Madhouse does a truly amazing job with the action scenes in this series, which are plentiful. Cool slow-motion sequences, nice visual effects that showcase the world’s magic, all combined with stellar art direction, expertly choreographed fight scenes makes for one hell of a visual feast. The sound work is just as impressive, whether its the soundtrack, the OP/ED themes, or the stellar voice work by the seiyuu. 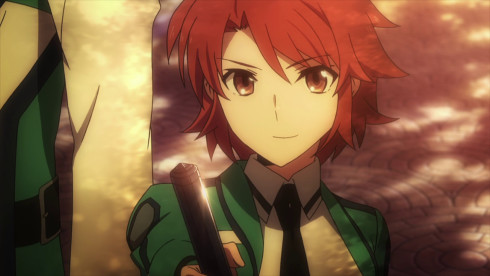 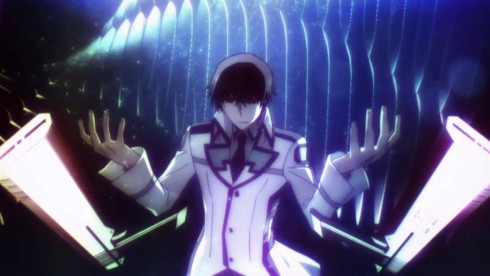 Again, if nothing else, this series is very pretty and a joy to the senses. At the end of it all though, despite the obviously great looking visuals, and a story and cast of characters that eventually grow on you, its hard to really call Mahouka Koukou no Rettousei anything other than “kind of okay”. A lot of fans of the visual novels definitely blame the adaption of the source material as being faulty, and its definitely seems to be the case. There are definitely people who will enjoy Mahouka Koukou no Rettousei for what it is, but what it isn’t is a master piece. We award it with a B- Grade.