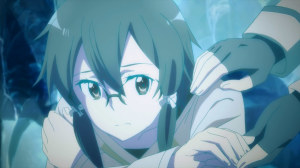 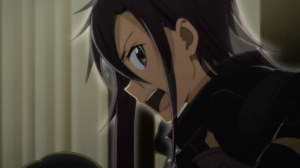 If I have to give props to anything in this show it’s the level of success it had in creeping me out in the second part of this episode. I mean that Shinkawa guy was legitimately disturbed. I mean, wow. It’s been a while since I saw a character that just creeped me out that much. Sure, it went over the top with him almost looking rabid, but there are some messed up people in the world.

I’m glad that the rescue at the end wasn’t just Kirito saving the day. If Sinon didn’t make the efforts she did, then she is dead. Like a clever killer who wanted a murder suicide, he locked the door. Honestly by the time that the police arrived to bust down the door it would have been too late. Sinon had to fight for the sake of her own survival and unlock that door so there would at least be a chance to get some backup. 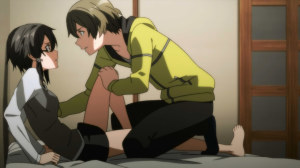 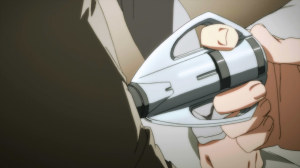 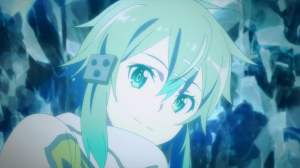 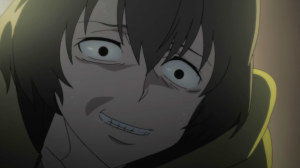 Sinon does deserve all kinds of credit for keeping herself alive there. I thought she would just buy herself time and keep the idiot talking. But, instead she has to dig deep and fight the strength to keep on fighting. She put up a great fight and managed to create the opening for Kirito to jump into it. I can’t imagine she’s going to run away either so probably another chance to help will come. Especially since Asuna is probably on her way too. Although I’m not sure if they’ll have her help or just arrive in time for Sinon and Kirito to be in an awkward position.

This guy was all kinds of messed up though. Although some of it is actually believable. There are people insanely obsessed in the world. Both when it comes to their interests and when it comes to people. Honestly I can believe this guy losing it about GGO and also the attempted rape-murder-suicide he tried to commit here. The guy was clearly a whiner from the beginning when we saw him. It just wasn’t so clear how far he was willing to go over his balancing complaints and his obsession towards Sinon.

Of course I didn’t consider that there might be more people involved than just those in Laughing Coffin. I suspected that guy was actually in SAO as well, but I guess going to a regular school made that a stretch. The brother of an SAO survivor and one who was clearly unstable as well. I do wonder how far this killing organization goes. 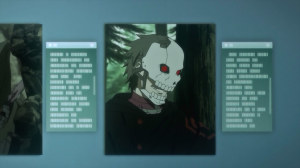 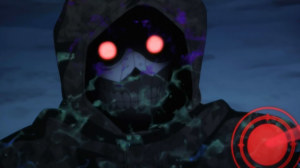 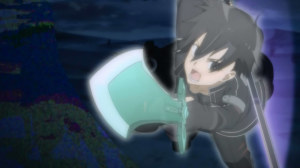 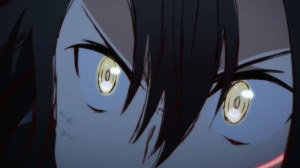 Outside the disturbing situation in the second half, the first part was pretty fun. Kirito was really up against the wall there and struggling to keep up. Death Gun was pretty darn capable and it wasn’t going to be easy to break past his attack. The key to winning certainly came from both within and from the outside. It makes a lot more sense for Kirito to remember the identity from the prep work done before the raid. Like I said, this guy was high up in the organization and used a distinctive weapon. He certainly should have stood out enough for Kirito to remember him even without being told so after the fight.

Sinon was definitely key in settling things and creating that last opening. I guess without a scope the best she could do was focus as hard as she could on creating that predicting line. Would be too risky to actually fire since she could easily just hit Kirito like that. It opened things up for Kirito to finally cut loose and win. Honestly not a bad stylistic choice to overlap him with his SAO self going all dual wield on his opponent. Even Kirito can hit a target from that kind of range XD. 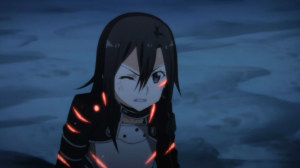 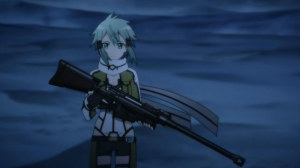 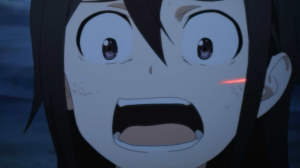 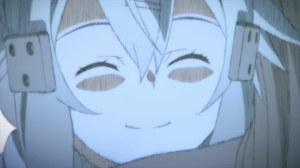 And boy how they finished the tournament was hilarious XD. I do kind of wish they could have had a showdown, but honestly with killers in the real world hanging around this wasn’t the time for it. I don’t think Sinon has been as cute as she was in that scene. Using the grenade was hilarious as was the hug that made sure they were both hit. Never have I seen someone smiling so much as a grenade is about to go off. It was just a funny scene.

What made it all funnier was the reactions that followed. The victory screen basically saying SinonXKirito if you looked at the image creatively. The reactions of the harem + Klein was golden also. No words, but just could see their hair all frizzled. The girls probably because of what the screen said and for Klein probably thinking “oh god he adds yet another to his harem.” 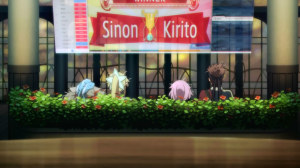 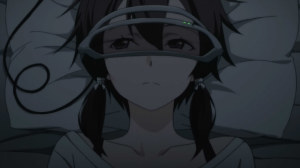 This was a pretty strong episode. It had the chance for Kirito and Sinon to step up at different times and take down the first Death Gun. The second half was legitimately creepy since this guy was pretty nuts. Shows where you can end up when your obsession goes way too far. I always figured this guy was involved in some way. His early complaints felt off to me and just didn’t seem trustworthy. The OP of course helped there too. In the end I hope to see Kirito hold that guy off while Sinon grabs something to beat the crap out of him with. Maybe smack him in the head with that model gun she’s been testing herself against.
Score: A