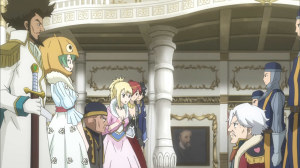 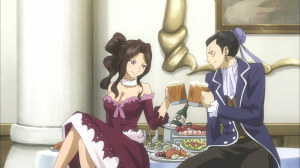 After one of the most messy, controversial arcs in the series yet, we get what is perhaps, one of the best wrap up and payoff episodes in the series yet. Part of it may be because the Anime is getting, once again, dangerously close to the manga, but Its hard to not want this kind of payoff after every story arc. The character moments, the comedy, the interesting conversations, all just really click in this episode.

I think its kind of interesting that the current question on everyone’s minds is, where does Fairy Tail go from here. We know for a fact that the next few episodes will be adapting some single chapters of the manga, followed by some omake chapter adaptions as well. The issue, then, is what happens from here on out. Before we get to that point though, its worth pointing out how well done this “party/celebration” episode was.

Ever since Fairy Tail’s return this year, one of the things that I’ve often criticized is how the series tends to literally throw in a line from everyone. In this episode though, that really worked to its advantage. It was really nice to see all these characters take a break after the hardship and really connect with one another. 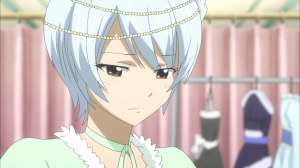 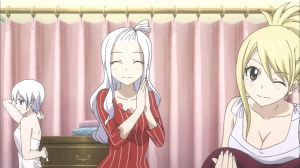 The episode opened up with the spotlight on Yukino. I remember really being dissapointed by the treatment Yukino received at the hands of Sabertooth, and I’m glad we had these scenes that at least gave the girl some happiness. It doesn’t quite makeup for the despicable shit that Sabertooth’s Old Master pulled, but at least it was nice to see Yukino really get some love. 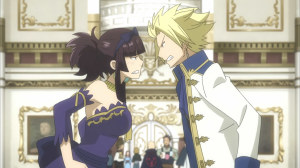 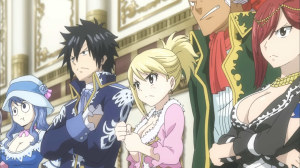 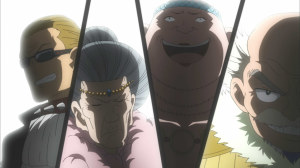 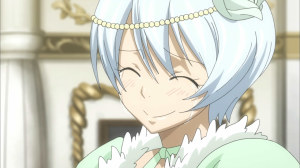 The fight for Yukino, as it were, was a pretty sweet thing to see. I’m actually quite curious what happens to Yukino from here on out, and which guild she joins. I’ll admit a bit of bias towards her joining Fairy Tail, just because well… She seems to work well with Lucy. That, and having all 12 Zodiacs and Two kickass Celestial Mages would really power up Fairy Tail. I’m not sure if that’s actually going to happen, especially since there’s some “character overlap” with both Lisanna and Lucy. Honestly, I kind of feel bad for Lisanna fans, as she’s kind of become nothing more than a supporting character at this point, with Yukino kind of taking her role in this episode. Added to that, well… Yukino is a Celestial mage, and Fairy Tail already has Lucy, so I’m not sure how that would work.

I’m a bit iffy about Sabertooth and Yukino, just because the sort of abuse she went through was disgusting. Added to that, while I appreciate Sting wanting to recreate the guild and make it a great place, He and nearly everyone in that guild just stood there and let Yukino get disgraced the way she did. It took someone like Natsu, to come in and actually give the Sabertooth master the beating he deserved. Of course, if nothing else, there’s always Mermaid Heel for Yukino I suppose XD 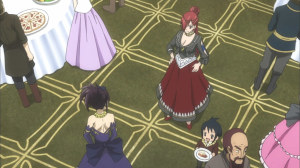 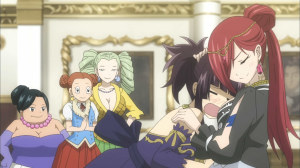 Speaking of Mermaid Heel, the moment between Erza and Kagura totally threw me off gaurd, in a good way. Kagura asking Erza to be her Onee-chan (Elder Sister) was pretty darn unexpected, and it was pretty cute seeing Kagura act all Tsundere about it. If anything, at least it shows that as far as Erza is concerned, Kagura has let her hate subside and moved on. There’s also Milliana, and she isn’t quite that okay with how things ended with Jellal, but well… It is what it is I suppose.

And yes… I’m not entirely sure how Erza kept Happy, Charla and Lily inside her cleavage, and I’m not sure I want to stress my brain by thinking about it. Chalk it up to the humor going a bit too far and entering the realm of the absurd. Maybe Erza used her Re-equip… 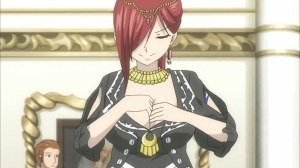 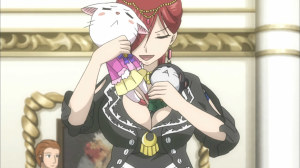 No! I’m not going to think about this afterall XD 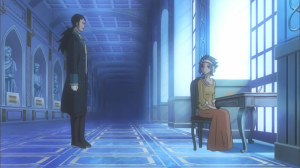 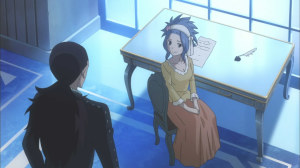 There were some developments in the romance department too, though it was mostly Gajeel and Levy that got a cute moment. There a real sense of odd tension whenever Gajeel and Levy are on screen, and I’m sure some of it is because of what Gajeel did to Levy when he was first introduced. That said, slowly but surely there is a real connection developing there, and I’m really rooting for this pairing.I think, given their history and situation, the quiet moment was just about appropriate for these two.

Gray and Juvia on the otherhand… That’s one pairing that’s super frustrating. From this episode, it’s almost like Gray is totally uninterested in Juvia, and for once, I wish he’d give a straight answer to the whole situation. Not that Juvia would take no for an answer, but still… Its kind of annoying to have Gray constantly just side step the issue. This comedy routine is really starting to wear thin on me. If anything, Lyon has actually grown a brain and taken the rather obvious “hint” that Juvia isn’t interested in him. 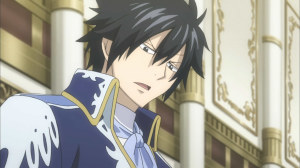 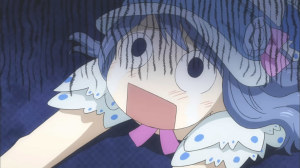 Honestly, if there’s one pairing that could still be funny and even keep the same comedy routine, its Gray and Juvia. I just wish Mashima-sensei would take a stance on the whole thing, rather than keep teasing like this. 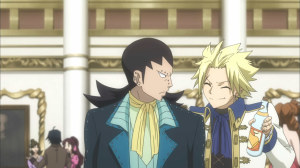 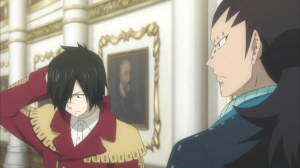 It was also kind of nice to see Gajeel, Sting and Rogue reconnect and kind of share a drink. I feel like Sting and Rogue got the short end of the backstory stick, but they are starting to become characters that I wouldn’t mind seeing again. It would’ve been nice to see Sting and Natsu talk, but Natsu was kind of gearing up for his own big introduction…

The big reveal in the middle of the party, of Natsu wearing the crown was kind of silly. But then again, its something you’d expect from Natsu. I also got serious Luffy (One Piece) vibes from Natsu during said scene. 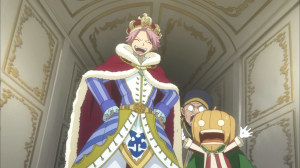 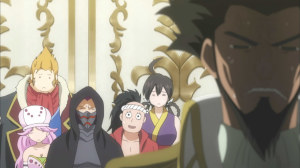 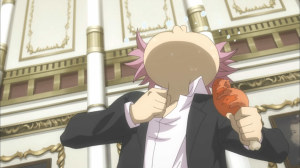 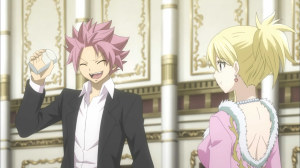 We really didn’t get any Natsu x Lucy moments this episode, beyond Lucy handing Natsu a glass so he didn’t choke on his food… But! Given the moments we’ve already gotten in this arc, I’ll give the series a pass on that one. 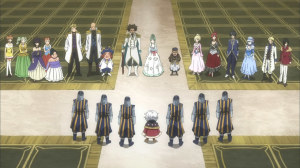 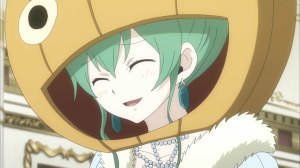 Added to that, The King didn’t seem like the kind of dude who’d be too harsh on his own daughter. I will say, it was nice to see everyone get in on the Kabo thing, and it was a nice moment seeing a good part of the Fairy Tail gang “Go Kabo!”. 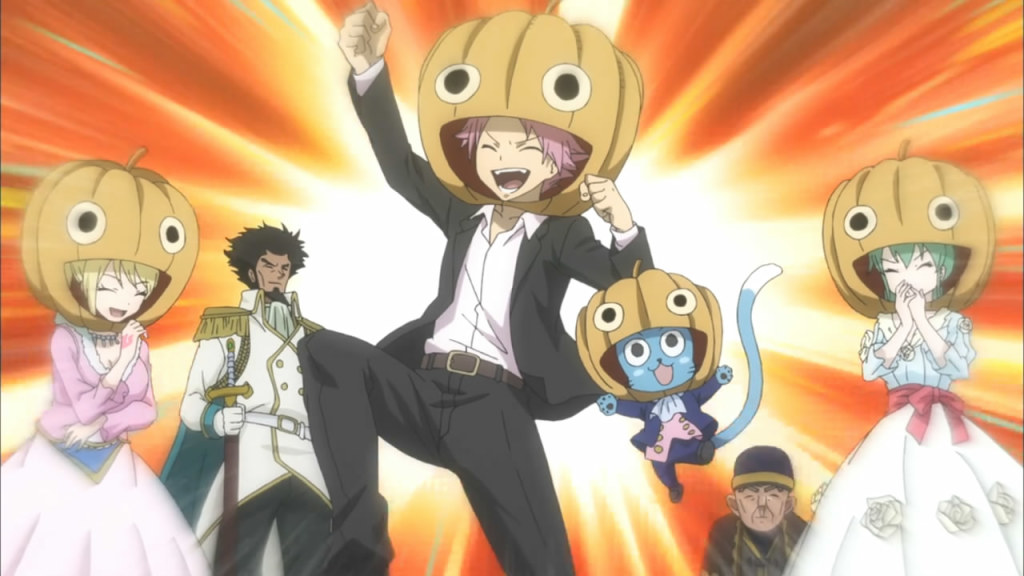 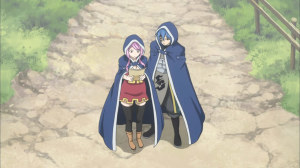 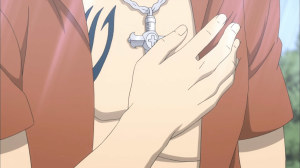 One thing that did bother this week how Ultear wasn’t mentioned at all this week. Of course, it seems like we’ll be getting an entire episode to discuss the whole topic so… Here’s to next week!