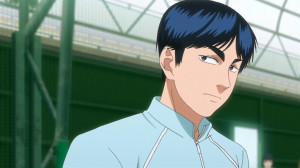 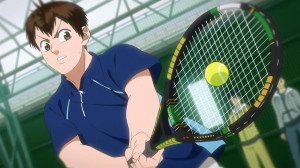 Well as expected going up against Nabae isn’t the easiest thing in the world. This guy has really been set up as one heck of a wall to overcome. Of course like Maruo told himself, he isn’t some invincible being out there. He’s human and has weaknesses, just maybe not as many as the average player would. The question right now is if Maruo’s risky strategy is going to pay off or not. He’s taking a serious risk there, and who knows if it will actually work out.

I had a great time watching this one just to see Maruo really struggle to look for advantages he might have and also for Nabae to point out where Maruo needs to improve. The fundamentals are almost seem like gods at times for sports. So often a player will say they need to get back to the basics and such. But as we saw the fundamentals have their problems and relying too heavily on them will create predictability. Maybe not every player can take advantage of it like Nabae, but those that can will be able to pick Maruo apart because of how loyal he is to them. 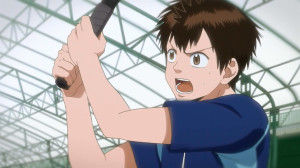 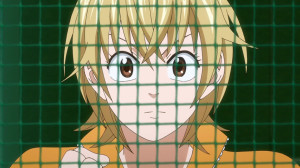 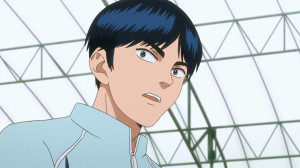 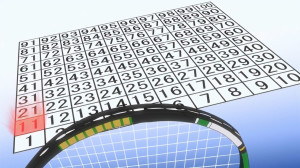 It’s when people are pushed into a corner that sometimes they find themselves. This match pointed out that at the moment Maruo doesn’t have a specific weapon he can turn to. He’s worked like mad to improve his basics and also build up his physical condition. But, in his effort to equally master everything he hasn’t picked out a weapon to work with. Those weapons can be a problem since they are somewhat predictable, but they are a major strength to break through a difficult spot. Right now Maruo is throwing it all on his eyesight and potential to focus pinpoint accuracy. Driving a guy from one corner to the other is a good way to open up chances.

I did like as well how Natsu was key in getting Maruo to stop unraveling out there. It’s easy to panic and give up when things are just going that badly. Even if he didn’t quite believe himself that he could get back he had to believe in Natsu. He could make a personal phrase out of “Natsu is right” XD. Even if it’s not clear that he can win this, if he gives up then he has no chance. Natsu isn’t an idiot, she knows that you have to believe in yourself if you want to beat anyone especially a giant like Nabae. 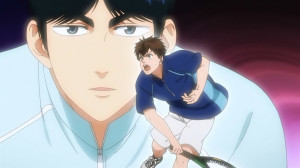 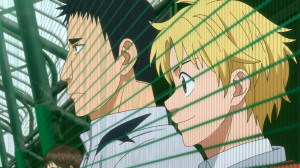 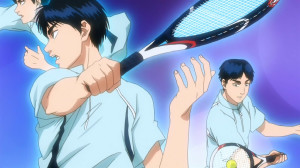 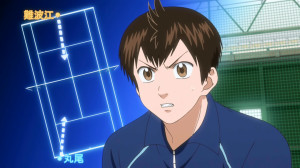 Still Nabae is quite the monster out there. He has that Maruo-like aspect of figuring out the ability of his opponetns and going straight for that weakness. But he also has the weapons to actually take full advantage of that. He may not be as great as any that focus completely on them, but his jack of all trades has created a flexibility that few can match. Even harder to deal with is that emotional control on the court. While giving up a point to calm down seems extreme, it actually is a powerful strength. Just resets and he’s right back to calmly analyzing the situation. Maybe if you can surprise him the entire match you’ll win, but it’s a plus all things considered.

And even then he’s not the perfect player. Maruo has better eyes than him without a doubt. That’s a physical advantage that no tactic can change. No wonder it peeved Nabae off since that’s something he can’t do anything about. Finding those little weaknesses are the key to taking this guy down. 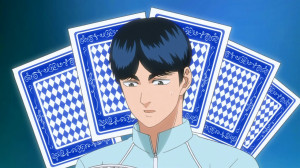 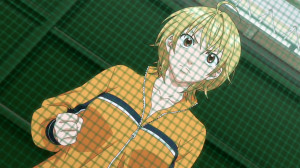 The anime is still saying completely loyal in this match so I’m certainly curious to see how things are going to turn out. This was a strong episode since it just stayed right on the tennis and did make how things worked out believable. The key going forward now is how Nabae will respond to how Maruo is playing here and if that strategy will pay off. It’s a pretty high standard to play by, but it’s what Maruo has to do. If he can pull that off it’ll be one heck of an upset and a major step forward in achieving his dream of going pro. He’s down right now, but not out yet.
Score: A