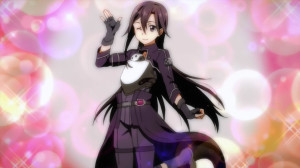 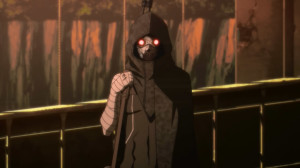 I’m not sure what stuck more with me after this episode. How SAO is just being cruel with the cliffhanger here or Kirito is getting way into the whole trap thing…Both had their impact on the episode though obviously for very different reasons. In the end it was still a pretty good episode especially when things picked up near the end.

It certainly seems like Kirito and Sinon are going to be forced into an alliance much to Sinon’s frustration. Once Death Gun reveals the hazard he is on that battlefield it’s going to be pure chaos and they won’t be able to afford to treat this like a regular tournament until that guy is put down. Staying alive comes first, those two can settle their personal score afterwards. 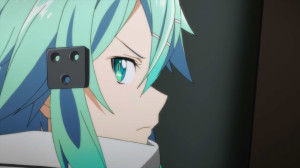 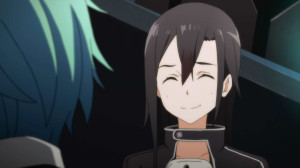 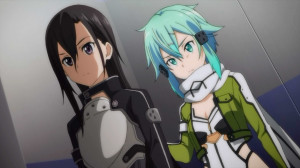 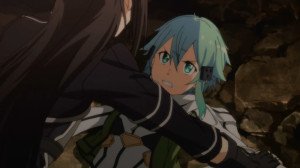 Still, I have to give my sympathies for Sinon in this episode. While Kirito is here for a good reason, he has to be a frustrating person to deal with. Constantly going to Sinon for answers and only just starting to lift that mantle of mystery that covers his actions. Especially after how he won that little duel of theirs I could see her wanting to just blow him off. But in the end she can probably tell he’s not a bad person and really she isn’t such a cold person either. When someone needs a bit of help she isn’t that likely to turn her back on them. It was pretty hilarious how he just grabbed onto her as she was walking away though XD.

I am glad that Sinon not only figured out that Kirito was a former-SAO player, but that Kirito didn’t actually deny it. That isn’t the easiest thing to bring up, but at least he thought it wasn’t right to just boldly lie to her about his situation. He could probably tell by now that she’s been through plenty and it wouldn’t be right to keep using her for information and give absolutely nothing back. It’s a complicated situation for the both of them. 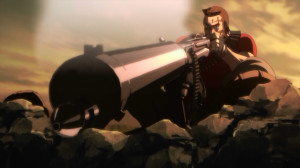 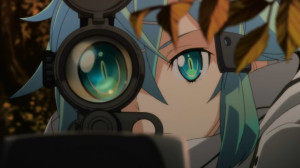 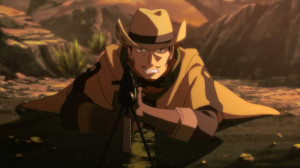 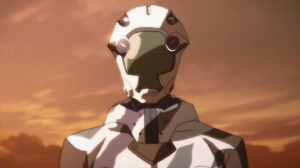 I’m not really sure what to say on Kirito trying to play up the cute like that. I mean sure he can be a bit silly at times and play with people, but I’m a little worried about him. He’s really playing up the trap with people and I’m not really sure if there is a good reason for it. Not like getting people to bet on him helps that much. Not unless he’s betting on Sinon or something.

The start of the big match itself was pretty entertaining. Getting to see the various strategies the participants are employing for this one. The one guy just camping with a huge gun and the high ground, guys running about with smaller machine guns, and Sinon doing her best with sniping and moving all over the place. Everyone has their method and certainly to some degree they have their merits. Probably should make sense since all these people did clear the qualifiers. But there are always new ways to beat the rules with Kirito proving that. Not sure how many would dump all equipment to dive into the river and hide from satellites, but it works. 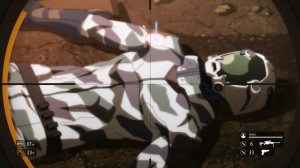 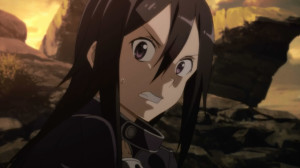 Things got plenty intense by the end there though. I kind of feel for Sinon getting surprised on by Kirito yet again and put into a spot where she would have lost. But oh well, I just hope this really means she will get to beat him in their rematch. It would be a shame to constantly get beaten by Kirito like that.

I wasn’t sure if that guy was Death Gun, but they definitely went all out to confirm it. Giving this guy a pretty darn rare gun. It just perfectly reflects the twisted cruelty of a Laughing Coffin member. Very much like them to paralyze their victim and taking time to enjoy the moment before finishing them off. It might be enough time to save the victim, but not sure Sinon will make it in time. She’s up against the clock and doesn’t realize the danger, although if she did it might flare up her condition and that would only make things worse.

My bet on Death Gun’s name for the tournament being Sterben. Mostly because I feel like he probably is using the same or a similar name from SAO. Not that Gunner X isn’t possible since people do have a habit of using the same username no matter the forum, but I just feel like Sterben is most likely to be it. Probably doesn’t matter since none of those names rang a bell for Kirito personally. 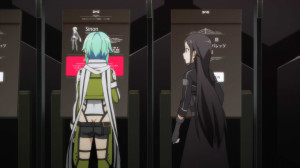 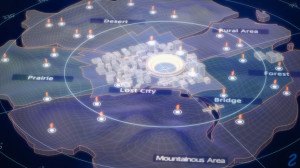 Now we have to wait and see how this situation turns out. Have to think Sinon doesn’t make it in time, the guy dies and things go a bit crazy. If Sinon could take him down right here and now we wouldn’t have a rest of the arc to enjoy. So somehow it’s got to continue on so we can enjoy a good show.
Score: A-