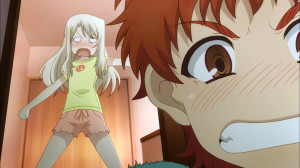 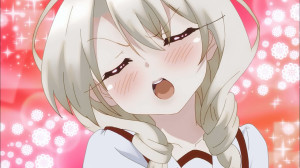 This is one of those episodes where you can feel they really stuck together two different stories for an episode. We got the cooking showdown and the battle to determine the older sister status. Both had their positives although I’ll admit I’m looking forward to the next episode for what it appears we’ll be getting. Seems like the next big showdown is just around the corner.

As a whole not a bad little episode. You could say that both Illya and Kuro got their respective wins in this one. Illya getting ahead in the cooking challenge through effort and Kuro kind of winning the older sister battle there. At least if we go by the point system that Illya came up with. Kind of a hilarious thing that while Shirou is this harem magnet he’s pretty far down on the family hierarchy. 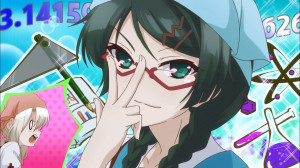 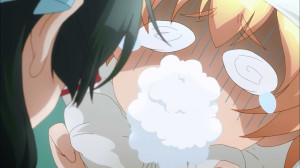 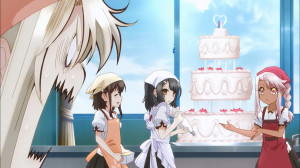 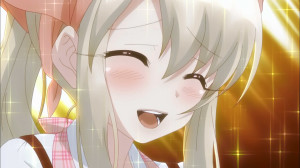 Well I suppose in this kind of situation they’d naturally go with the cooking is love cliche. At least there was some personal basis for going that way, not pretending it actually tasted good. Sometimes just putting the effort in matters quite a bit. In the end can get behind what Shirou was thinking in terms of the winning of that competition. Being able to assemble a crack team and manage them is a definite strength, but in this kind of case the history involved tipped the scales.

The competition was pretty hilarious though. It was a pure disaster for Illya’s team from start to finish. Plus they really went all out using some heavy action music for a pretty goofy situation of baking. They were constantly getting sabotaged by the insanity that was Tatsuko. That girl was a living disaster, just throwing some of the worst possible things into that mix. Though I can’t get on her too badly since after a certain point Illya and her friends were just throwing random stuff into the mix with no real plan in mind. Nutmeg and mints aren’t a great thing, but I’m not sure they were that much worse than some of the stuff that went in there.

Kuro’s team had some good laughs as well. Props to Miyu for being able to in a short amount of time put together that massive wedding cake XD. She may have used all the spare ingredients to do it…but hey it worked. 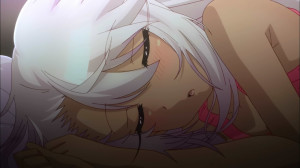 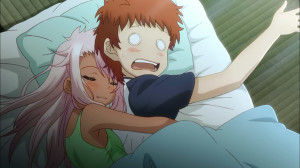 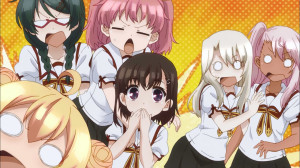 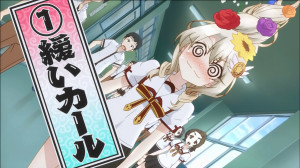 The second half was just as comedy focused. Fitting that they start this similar to how they started the last one, with Kuro in bed with Shirou. She certainly is more true to her feelings than Illya is. Though as things stand the only real impact she’s having by doing this is getting Shirou beaten up by Illya XD. Might be considered a clever move though since Illya is going to burn out her good standing through constant violence.

The interesting big of information though was regarding the birthdays. It’s natural for Kuro and Illya to have the same birthday considering what they are. Maybe you can argue that Kuro’s current birthday might be when she separated from Illya in the first episode, but it’s kind of a complicated thing to manage.

The strange bit was with Miyu. It’s just purely odd for her to have the same birthday. We just continue deepening the mystery of Miyu to which there aren’t many answers to work with right now. Oh well, for the present it’s another strange bit of information to add onto what we already have. 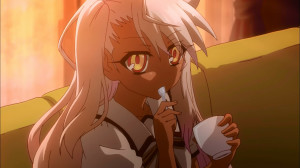 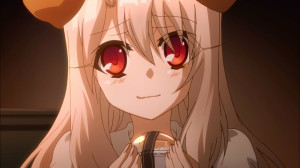 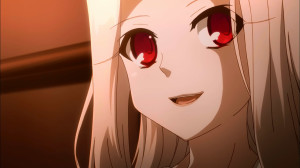 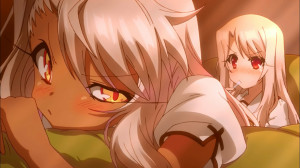 It was pretty fun watching Illya work so hard to try and win older sister points XD. She really just took some observations about some older siblings and tried too hard to make them work. That’s the kind of thing that just happens. Both Illya and Kuro have their moments when you’d think they could be the younger sibling. Considering their existence it’s hard to define who is supposed to be the older one here. Maybe it’s just that sort of thing they can butt heads about that doesn’t really matter at the end of the day.

The talk at the end with Illya and Kuro was nice though. Kuro hasn’t had the easiest time saying what she really feels and this was a pretty honest moment for her. It also shows that despite the rivalry they do have a pretty good foundation to build on here. Kuro is thankful to Illya for being the one person who jumped in and helped Kuro save herself. And for Illya I think Kuro is a positive existence as well. Though thanks to the pudding she is now secured as Kuro’s mana fuel tank. Pretty well necessary since Kuro needs to absorb that mana in order to survive. Kind of like a medical condition that you need to take pills on a regular basis for. 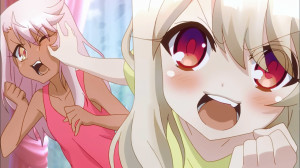 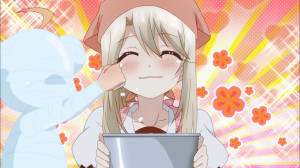 So a pretty good episode overall for the sake of the comedy. It’s a good chance to relax without any life altering moments to worry about. Well maybe some surprise waking moments for Shirou, but oh well XD. The preview though has me plenty excited. The mysterious person who has been in the OP and the end of the first season is finally about to make her move. Considering that Kuro has more or less been added to the team it should be a great fight. No idea what the stakes will be, but it should be entertaining.
Score: A-