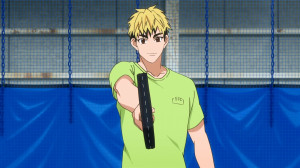 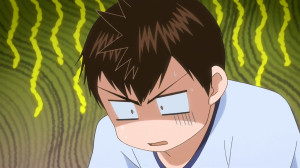 So the grueling path towards becoming a pro begins. Certainly this episode showed how painful the path forward is going to be. It’s perfectly honest of course in showing how extreme the actions need to be in order to turn a guy who hadn’t been incredibly active up to a little over a year ago into someone who has a body tuned to play tennis. Like any sport there is certain types of bodies you need to perform in those sports and right now some incredible change needs to take place for Maruo to make it. It’s not going to be fun and will be hellish, but he’ll just have to survive it.

Of course part of the episode was about Souji, but really the one that really left the impression was the training that followed. That match showed the real difference that existed and how tuned Souji is for tennis. Maybe you can also say it was helpful in again having Maruo catch Souji’s eye and make him someone to keep an eye on. 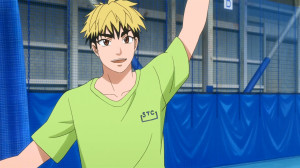 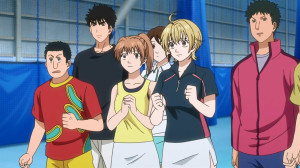 Again the short match against Souji wasn’t something that really stuck in my memory for long. It was as you’d expect, a situation where Marou was heavily outmatched. He had to play in extremely risky ways in order to just steal a point. In a real match he’d never make it playing that way. Probably a good thing that the match was cut short by the coaches where it was. That situation might have gotten even more heated after the point won by Maruo. It was a good scene to show that he has potential and can think out there on the court and I’m fine with that.

Certainly not surprising why Souji is such a popular guy out there. An extremely rare rising talent in the tennis world especially for Japan. Probably a good reason why the STC has such clout in the tournaments is because they can say “yeah, we produced this guy.” I’m sure we could get an even better feel for his skill if the gap wasn’t currently so big between him and our MC. 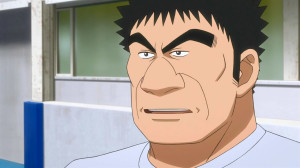 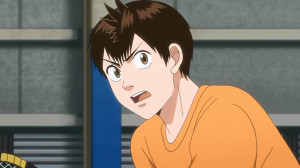 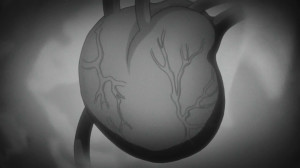 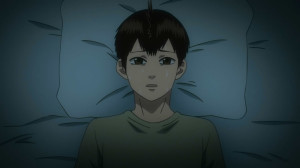 The grueling training really was hellish and I could only feel sympathy for Maruo throughout. Of course it wasn’t like the coach was trying to murder him, there was a point to it. He honestly feels this is the minimum amount they need to be doing in order to put Maruo in a position to win that tournament. Yeah, he beat Miyagawa in this last tournament. But that same guy was taken out pretty quickly in the All-Japan Junior and wasn’t even a seed there. This guy that he barely managed to beat.

So clearly an extremely big effort needs to be put forward to make it. Doesn’t mean it’s fun to watch the guy be so ground into the dirt. You can just read the exhaustion and agony that Maruo is in right now. It’s a good practice to wear down his body and start making the changes needed to be a professional tennis player. 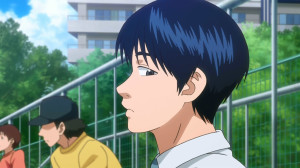 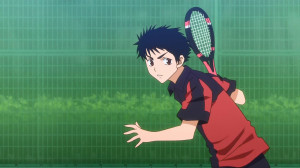 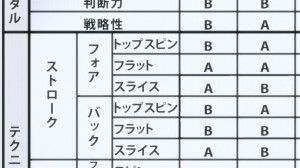 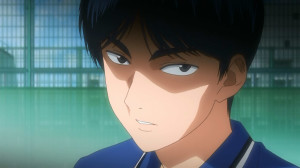 The last part of the episode of note was going to the tournament. Naturally a big part of this episode is all about introducing the rivals. These are the guys he’s going to have to overcome a year from now if he wants to win this thing and go pro. A lot of little cameos with the various new players that are kind of replacing the Miyagawas and Oobayashi’s of the world. While Takuma has a reason to have fallen in the overall rankings it just shows the talent pool if he’s the 4th seed there.

The guy that stands out of course if Nabae. Someone who seems to reflect a similar mental style as Maruo. Seems like the natural rival type for our MC. Both of them are pretty note intensive, just both having different ways of recording the data. They also both seem to look towards having an overall strong game. Nabae chasing his “All A” tennis goal, though of course Maruo is still finding his game. 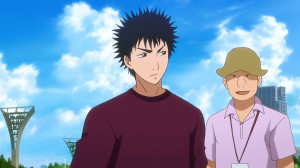 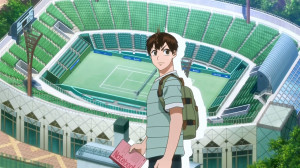 In the end it’s a good episode in showing the transition. Maruo is going from a guy who was having fun and playing in fairly low level tournaments to chasing the goal outright. It’s going to be a painful road for him, but one that he has to walk in order to really improve. Looks from the preview like we’ll get through his 2 month gap relatively quickly and maybe have a chance to relax at the school’s cultural festival.
Score: A