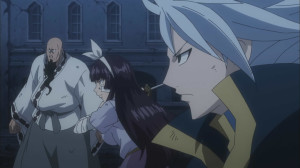 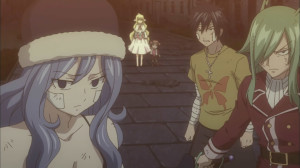 You’d think that as you near the end of an arc, things would speed up a bit and ramp up to an awesome climax. Things are are, however, still “snailing” ahead rather than anything else. This episode is yet another “setting up the players on the board” episode, and while its got its exciting moments, there’s no denying that the overall story loses some of the momentum that had been building.

The episode definitely opens up strong, with Natsu back in action against Rogue. I have to admit, I knew Natsu was awesome, but I had no idea he could stay airborne the way he did while trying to stay on Future Rogue’s Dragon. 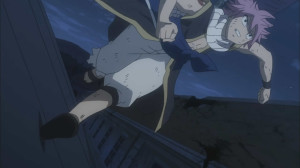 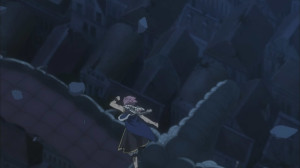 Kicking rocks in midair to stay airborne? Check. Wall running? Check. It was a pretty awesome display of skill for Natsu, and one of the times where the animation actually did shine.

The big question since last week though, has been why Future Rogue has been doing what he’s doing. If he can control dragons, then he’s pretty much got it in the bag, after all. The actual answer is probably the most interesting part of this episode.

Its something that ends up surprising quite a bit even though it should’ve been obvious. 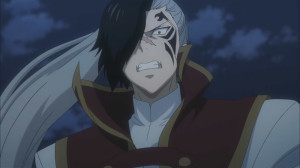 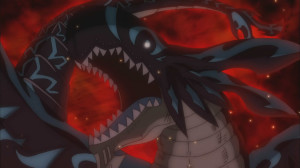 In the end, all things do indeed seem to head back to Acnologia and Zeref. Its not Dragons or any other big bad that destroys the future, but Acnologia itself/himself!

Acnologia is turning out be the series big bad, the main villain that Fairy Tail will have to deal with, and sooner rather than later. All of Fairy Tail’s strongest have already taken on Acnologia and failed quite miserably. And honestly, I thought that Acnologia would be just one of those things that was bigger than even Fairy Tail can handle. A sort of presence that would influence things in the background rather than be front and center.

If this arc and episode can attest to one thing its that that is definitely not the case. If nothing else, this arc is setting up the inevitable rematch between Fairy Tail and Acnologia.

The very THOUGHT of all that… Well it’s quite exciting I’d say. There’s Zeref and his relation to Acnologia and even Natsu and thats just the tip of the iceberg in terms of mysteries.

As exciting as those mysteries and prospects are, however, its still far in the future… for now. After all, this arc isn’t quite over yet. XD 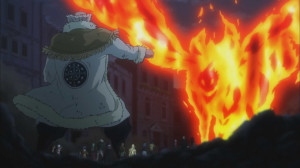 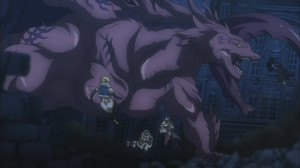 The rest of the episode… Was just kind of okay. It felt like another one of those delaying tactics episodes that we’ve seen all too much of since the series returned. Most of the episode featured each of the various Mage guilds going against the seven Dragons and pretty much hitting a wall.

The most perplexing thing about this whole affair is the fact that nearly every group had a Dragon Slayer, and yet no one really bothered to have the DRAGON SLAYERS fight XD 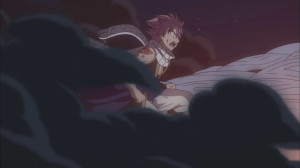 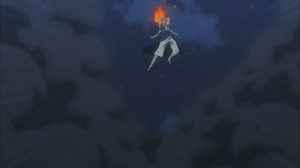 It takes Natsu to shout at the top of his lungs and attack Future Rogue’s Dragon for every Dragon Slayer to get ready to rumble.

I have to admit though, Natsu was pretty darn badass. Both with his attack on Future Rogue’s “ride”, and also in recognizing that Cobra was their seventh Dragon Slayer.

I’m kind of unimpressed with Jellal, on the other hand.  If his big plan just involved getting one more Dragon Slayer for the team then its not nearly enough of a contribution. It wasn’t a bad move per say, but I’m hoping that’s not all Jellal has up his sleeves. 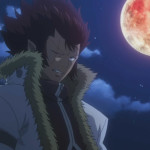 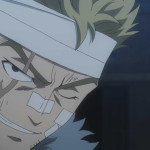 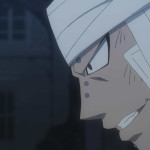 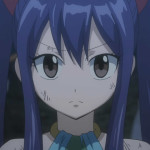 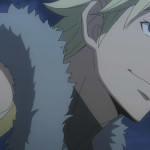 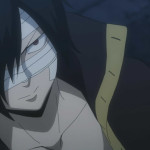 Cobra, Natsu, Gajeel, Wendy, Laxus, Sting and Rogue… Seven Dragon Slayers against seven Dragons, which sounds like a pretty awesome setup for some great simultaneous battles. On that note… I can’t believe that everyone’s expecting Wendy to take out a Dragon on her own. XD

Then again, having Wendy take on a Dragon herself would be kind of awesome to see. Of course, it’ll probably be the next episode or a few more episodes down the line before we see something along those lines. 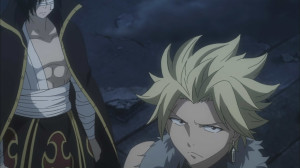 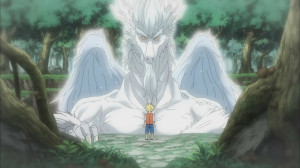 The other thing that kind of slipped into the episode was the last bit of Rogue and Sting’s back story. Much like I suspected (and probably everyone did), Rogue and Sting killed their Dragon parents at said parents’ request. It seems that both Dragons were close to death anyway, So Rogue and Sting ended up helping them pass on. Its not a pretty story for sure, as having to kill your parent as a child is something unthinkable. The fact that Sting and Rogue turned out okay is nothing short of a miracle.

It makes you wonder what happened to Rogue for him to turn into Future Rogue and want to become the Dragon King himself. Honestly… Future Rogue lost a lot of his badassery this episode, since his plan’s a pretty stupid one. Seven Dragons to defeat Acnologia? 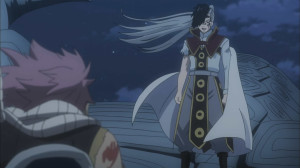 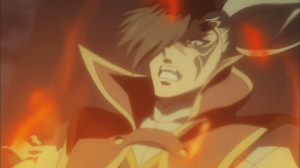 If the entire Fairy Tail couldn’t do it, I’m doubtful seven Dragons would even stand much of a chance against Acnologia. I guess its his destiny to just cause a ruckus here, and warn everyone of the impending Acnologia threat.

As a whole, this week’s episode was a mixed bag. There’s lots of hints to what will happen in the future, and all of that is exciting. That excitement makes the continued stretched-out nature of this current arc all the more hard to bear. I’d rather just see the Seven Dragon Slayers take out each of their Dragons and have the big battle between Natsu and Future Rogue already. At this point, all that’s left for this arc is for it to finish off with grace.

How long it takes for that to happen… Well that’s the main issue, isn’t it? 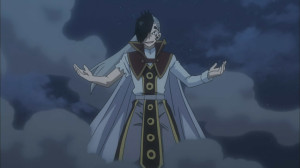 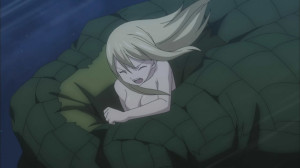 Zirconis captures Lucy next week, and Future Rogue and Natsu continue their conversation. See you next week!