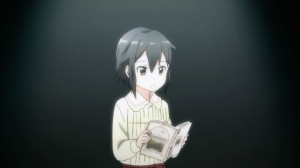 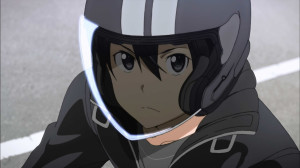 It’s kind of amazing that only at the end of this episode has Kirito finally logged into GGO. That being a good thing since it has given a great chance for Sinon to stand out as a character and let us understand her better. I’ll give full props to the series since I really didn’t expect this kind of backstory behind Asada’s character and it certainly makes sense why she behaves the way she does in both the real world in GGO.

It’s also kind of nice how little of Kirito we’ve seen so far. We get his character and understand where he’s coming from. At the moment there isn’t that much to pull us in with him right now. He’s great in action scenes and when things get tough, but not the most interesting person right now. He’s overcome his challenges in SAO and ALO. Better to focus on someone who still has a personal problem to overcome. 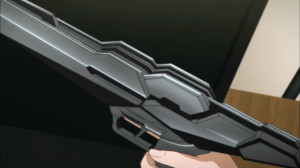 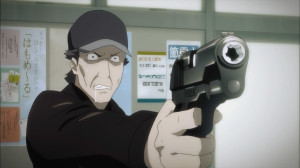 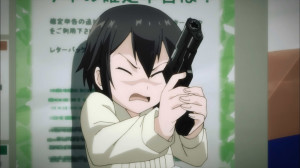 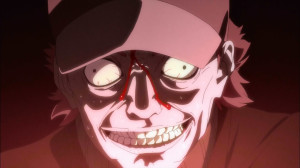 Hard to start talking about anything but what we learned about Shino’s character here. I mean damn…that’s a pretty traumatic event. I thought her trauma might have been tied to SAO somehow, but of course real life has plenty of ability to traumatize just as much as being trapped in a death game. Actually killing someone even if it’s to protect yourself and people you care about can definitely traumatize. Though perhaps even more so because of the people around you reacting badly to the situation.

They played this guy up as being pretty messed up, but there certainly are those sorts of people out there. I don’t know if this guy was an addict or something, but he was clearly a sick individual willing to kill anyone in order to get that money. Really Shino did what some would hope to be able to do in that kind of situation. Jump into the action and protect family from being murdered. Out of everyone in that situation from her mother to the tellers this girl was the one who stopped even more people from being killed. And yet she’s the one who suffers the severe trauma from it and is seemingly abandoned by her mother. 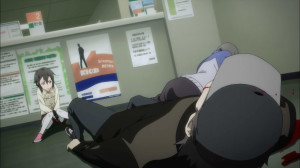 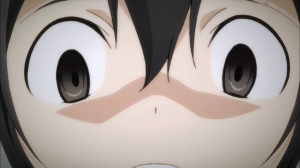 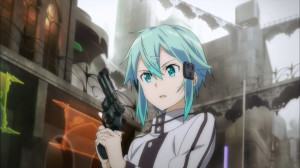 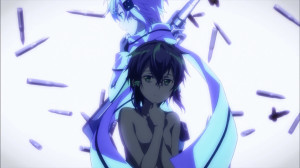 What a piece of work that mother is. I get being shaken by that event, that’s not unbelievable. But her daughter literally saved her life and is clearly disturbed by the event. So what happens? She gets sent away and the only one who appears to be calling her is her Uncle. Top notch parenting really.

You can certainly see how Shino is struggling to overcome her condition and her past. Her behavior in game makes plenty of sense. If you are going to freak out, do it in reality when the stakes are actually high. And can see how she is trying to use the game to help recover mentally and its working to some degree. She is at least gaining the confidence to keep trying to confront her gun trauma. Sadly though it also feels like she’s hoping for too much. Winning that upcoming tournament doesn’t necessarily mean she’ll be able to overcome her traumas. That divide between reality and game may not let her recover fully. 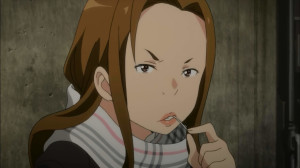 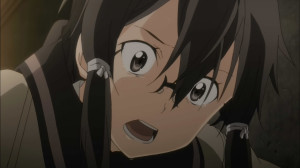 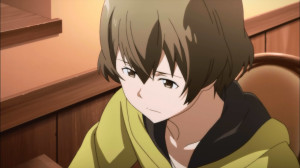 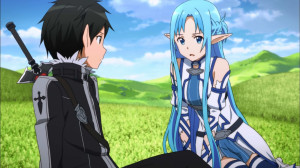 Not sure what to say about her friend. At least seems like a helpful guy. At least someone was willing to help Shino out there from the bullies who are big enough jerks to actually use someone’s trauma to try and steal money. You’d think bullies trying to steal money would consider the fact that she killed the last robber she got into it with…

Back to her friend, I’m not sure what to say. Honestly he seems like a whiner. “Oh no, I used my stats incorrectly.” His poor agility stats…Really he kind of got what he deserved. Game balance happens. Anyone taking advantage of the serious advantage you could have from dumping all your points into agility should have realized things were going to get balanced eventually and then they’d be in a bind. People like Sinon who actually had some balance in their stats are now taking a huge advantage. But despite being a bit of a whiner he did bail Sinon out and seems to be on her side there. At least it might prevent her from falling into the Kirito harem… 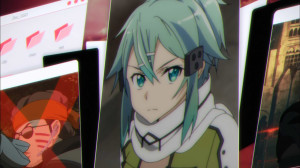 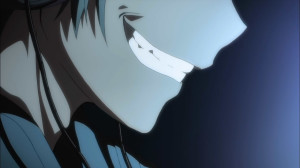 Another good episode and they still haven’t dived that much into Kirito and GGO yet. The last two episodes have really focused on Sinon and letting us get a feel for this person. A stronger partner character for Kirito to work with and really this arc should be pretty entertaining. Sinon isn’t a very overpowered person since she is struggling with some serious issues while at the same time she can be plenty awesome when she gets into a fight. Now that we’ve got the other main for this arc introduced and have a good feel for the situation, we should be able to jump into this arc and see where things go. This Death Gun guy seems plenty disturbed and has his eye on Sinon which should explain why she and Kirito will meet up sooner or later.
Score: A-