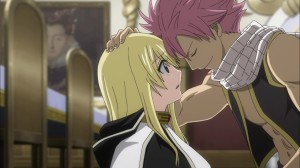 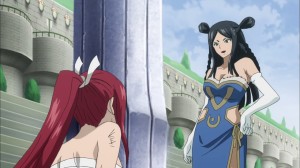 The plot is finally starting to thicken… It just took its sweet time in doing so. While its been after a year, its been great to have Fairy Tail resume in anime form. Yet, as I seem to restate every week, the pacing still hasn’t gotten back to the good old glory days of the first series. It definitely got a bit better this episode, as things are finally moving forward but… Still the ongoing issue is that things still feel like they’re being artificially stretched in order to lengthen this arc’s run time.

The episode opened up with a focus on Kagura and Erza, as that fight finally reached its conclusion. It was interesting to actually note that Erza had met Kagura once before, when they were kids and had actually saved her life. The big that made me smile was Erza back to her unwavering, confident self. 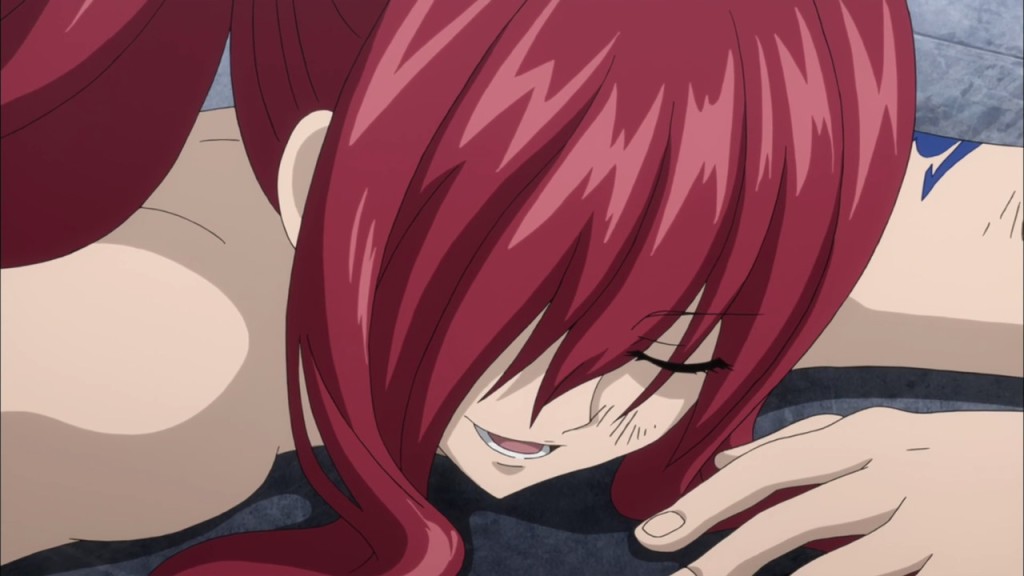 The self blame stuff doesn’t really suit Erza anymore, and while its somewhat understandable when she’s with Jellal, its not great to see her insecure and self deprecating in front of her enemies. Thus Erza refusing to die and forging forward because of the people that had saved her, in order to honor them, was the kind of stuff I’d expect from her.

On the other hand, it was kind of a let down to see the fight end so quickly. I mean, there was this big build up to Kagura unsheathing her sword, only to have Erza end it one strike. 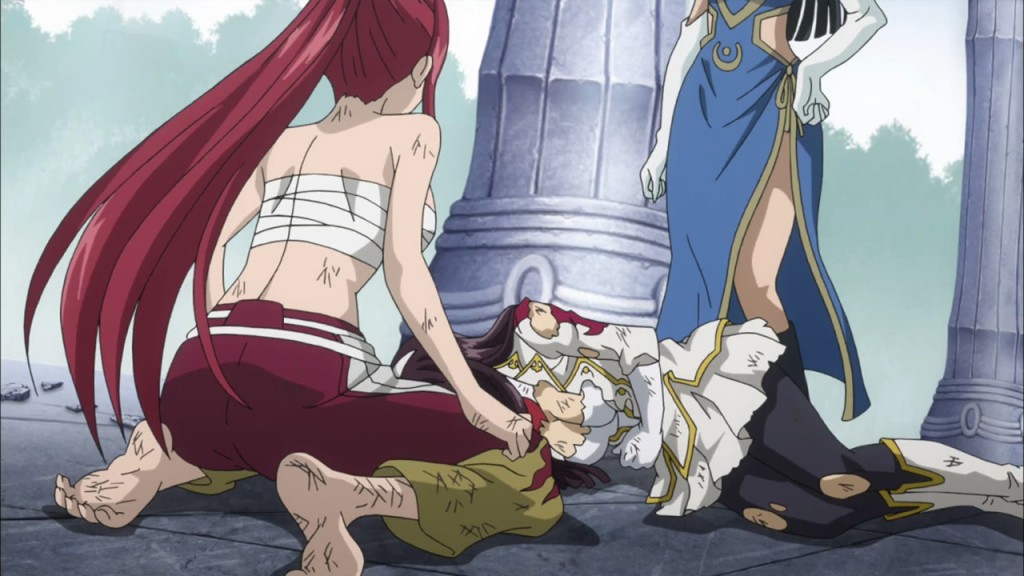 The actual ending of the battle, which resulted in Minerva coming in from behind and stabbing Kagura wasn’t surprising. In fact, as soon as the rocks rained down, I was just waiting for Minerva to make her move. With Kagura and Milliana both down for the count, and Erza seriously injured in her attempt to save Kagura… Well, lets just say Minerva’s got all the odds in her favor now.

It was unfortunate that the episode didn’t focus on this encounter, as it would’ve been great to just see. The jumping around that Fairy Tail is doing is still kind of unsatisfactory. Although we did get some interesting developments in other areas.

Gajeel and Rogue’s encounter was interesting. Gajeel pretty much wiping the floor with him wasn’t surprising, but it was good to see that Gajeel was still clearly above anything Sabertooth’s Dragon Slayer could throw. 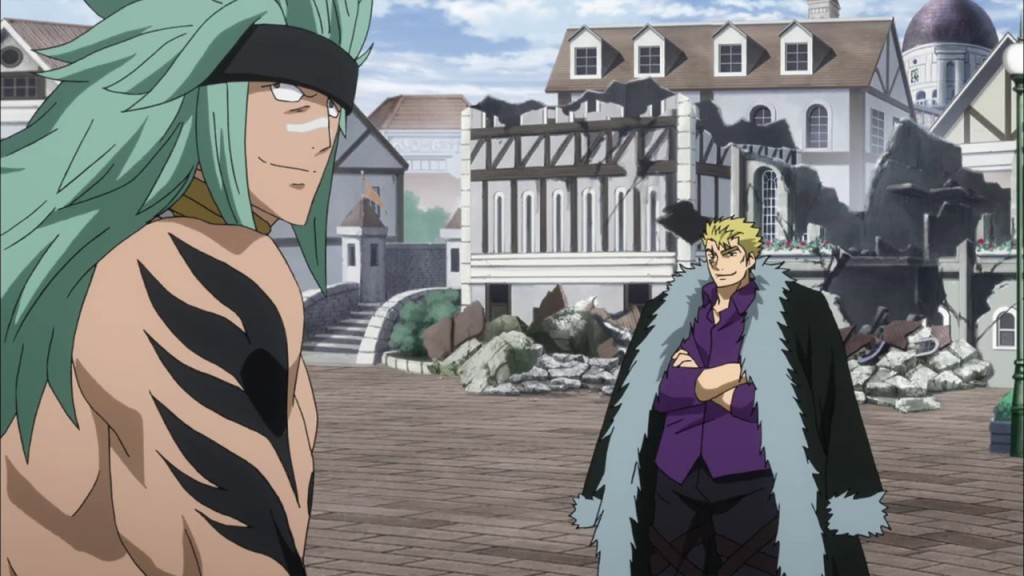 Laxus and Orga’s little dick measuring contest was pretty interesting too. Its an interesting match up and I’m not exactly sure myself who’s stronger. Since Orga’s a god slayer and Laxus a Dragon Slayer, common sense says Orga should be. But then again, I can’t not imagine Laxus completely dominating his enemy. And if there’s anything both Natsu and Wendy have shown, its that Dragon Slayers can beat or at least measure up to god slayers.

All interesting stuff, but the one thing that annoyed me was the whole “future is doomed” plotline. Future Lucy and Hisui’s scenes continue to stand out as incredibly weak and unnecessary. Most of what they end up saying is cryptic, artificial and annoying retreads of what happened merely an episode ago. Hisui is still unsure about whether to change the future, and future Lucy regains conciousness only to say things like “terrible future” or “true despair”. 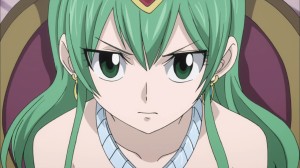 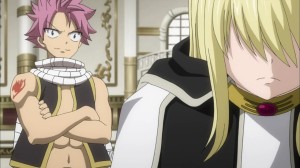 Its just annoying to have to listen to the same stuff again, when what makes sense is for Lucy or Hisui or SOMEONE who knows the story of the future to just TELL the rest of the characters or at the very least, the audience.

Either way, I guess Fairy Tail is keeping the big reveal a secret for one more week.