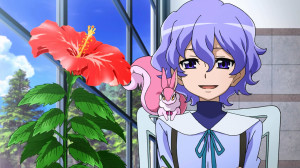 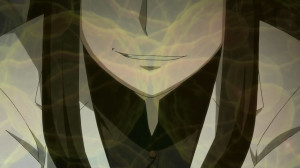 Surprisingly this time we didn’t get any mech combat and was more focused on the story and introducing someone who should be a key character. Setsuna is an interesting individual, a bit strange but really not a surprise with this group XD. Does make me wonder where that character is going to end up. Having a squirrel seems to imply a good guy, but you just never know. If Amarok and company meet up with Setsuna first and lead to an awakening anything can happen. Right now Setsuna’s fate is hard to pin down since Mao’s actions lead to Setsuna running off alone.

Setsuna is an interesting individual. Very trusting of others and excessively polite. A strange one, but doesn’t give the feeling of being a bad person or character. Can see that Setsuna was being raised like that by Mao and manipulated all that time. The level of betrayal had to be extreme once finding out the truth. Really whoever finds Setsuna first has a serious advantage since the level of alone that Setsuna feels right now has to be high. 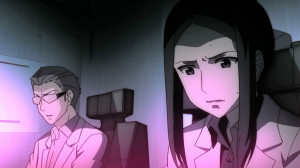 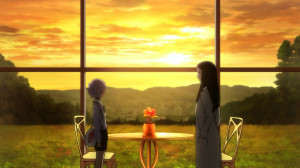 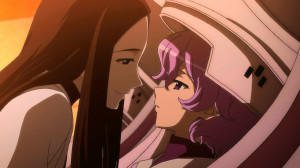 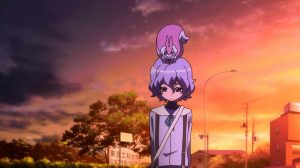 Honestly Mao was an interesting character in the sense of what she was trying to achieve. Pretty much a Planetary Gear creation scheme or something that would lead to one. Eternal youth is a bit of a cliche scheme, but in this series it’s actually possible. Kind of a sick and twisted scheme really to take that kid all for the purpose of creating your own immortality, but there you have it. Almost a shame to lose her this early since she could have been a kind of interesting antagonist. But maybe the one who told her ‘assistant’ to kill her will be a good villain for the second half. A third party we haven’t met yet.

I suppose Setsuna suffered a bit of plot luck that Mao was stupid enough to kiss her really. I mean you are that close to getting a younger body and you start fooling around? Plus kind of creepy to be kissing the young body you are planning on stealing. Was Mao a narcissist? I suppose anything is possible when you are that weird. 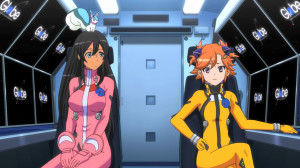 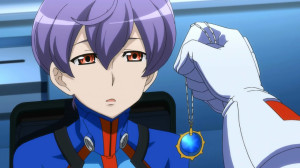 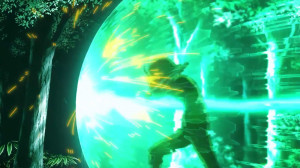 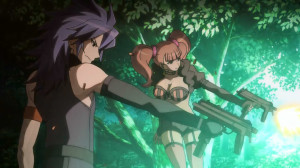 It wasn’t a bad thing to spend some time on backstory and showing what went down with those kids. Glad someone is actually trying to do research and track them down instead of just relying on Pitz to pinpoint where things are going to go wrong. No offense to Akari and Hana, but at least someone is working here. Though saying that at some point Akari found the time to track down that facility which was a bit strange. It did lead to a decent 2v2 showdown though.

Again I’m left wondering why Daichi is running the show. He has a positive attitude which is nice, but I just feel he’s miscast. Akari is honestly running the show and Teppei is the better fighter on ground and space. He saved Daichi’s rear big time by surprisingly making a livlaster shield, kind of more helpful than simply firing massive beams everywhere XD. This did let Amarok and company know that Teppei also gained a livlaster which is interesting. Kind of makes a fun point that the immortal can’t gain what they want, but the mortals can. 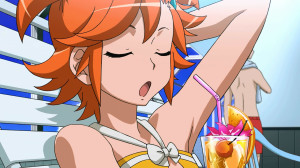 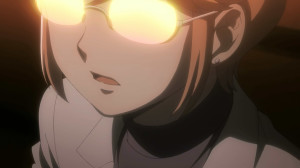 Overall it wasn’t a bad episode. There was a bit of fanservice focus which didn’t surprise me that much. It wasn’t bad and did lead to some good comedy with Akari’s plan backfiring thanks to Hana’s presence xD. Really it just seems set up for Setsuna to be the final piece battled for and then the series will move into some second stage in the second half of the show. For now it looks like we’ll move on to dealing with yet another designer child and see where things go from there.
Score: B+