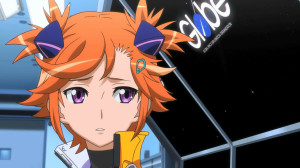 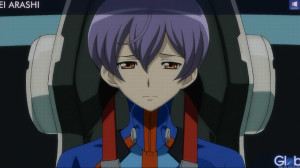 Good for Teppei, finally got the chance to feel useful. The guy had gone enough episodes without feeling like he was doing anything to help out. And certainly he made a big impact here once given the chance. Definitely feel that he’s the better option for the actual space battles since he has the skill there.

I’m glad someone considered Akari being kidnapped a big deal. The girl herself might be trying to play it down but it was hardly a minor situation. The possibilities included Akari herself being killed or her nuking everyone. A slightly concerning situation. Glad at least that Akari recognized the concern Teppei showed and how much that situation had been weighing on him. In the end if she hadn’t waved off that concern previously she probably doesn’t get captured in the first place. Teppei does have his own livlaster and the ability to defend others when needed. 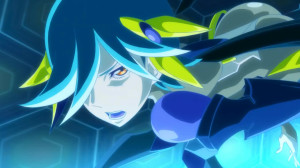 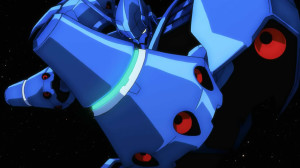 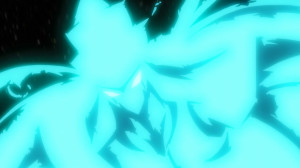 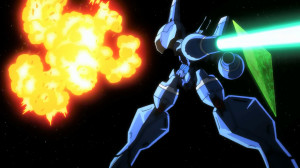 Have to say Teppei showed off some great skills in that fight. It probably helps that his unit is partially made from his ‘old self’. A bit weird when you think about it, but still probably helps in it having seemingly more firepower than Daichi’s unit. I like the idea that Teppei is better in combat in space since he has more training and it’s more native to him. The fight against Lieban was pretty good. He did just need to figure out how to deal with her specific gimmick. And really if she hadn’t been so determined to focus most on her own ability she might have won simply through better regular speed.

Certainly now they are back and able to have team battles. Though I’m not sure if I prefer Teppei’s original Albion form or this new Nebula unit they created for him. It does have an interesting Knight aspect to it and certainly can handle itself in close and long range battles. Overall it should be a good addition to the team since they do need to have more than Daichi out there doing the fighting. And at least it makes sense that they are the ones fighting since they need the livlasters to actually fight in close. 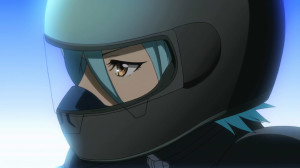 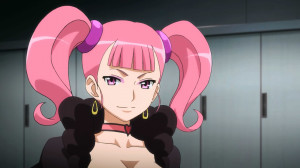 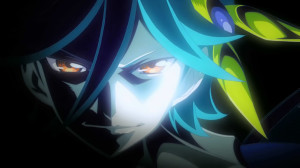 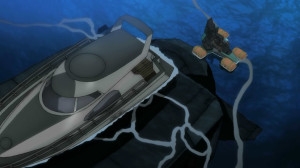 The newest addition to the Planetary Gears doesn’t have me that bothered by the change. Really this almost seems like hte person who at least keeps her core attribute. Both versions of her are concerned mostly about speed and it’s just that in this form Lin has picked up more energy. I’m not even sure that Lieban is that concerned about wiping out humanity instead of just enjoying going as fast as possible.

Not that she wasn’t still trying to head to Earth, but it doesn’t seem to be as high a priority. Seems to agree with their general view of the rest of humanity not qualifying as human. Somehow seems like there is some room to change these people, but just going to be a tough road to clue them in on immortality not being the only measure of what is actually human. I doubt the minds of all of them can be changed ,but should be possible to get some of them to see things from Teppei’s point of view. 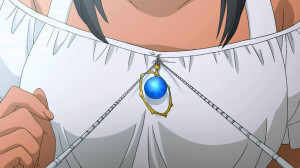 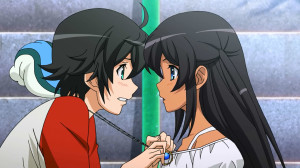 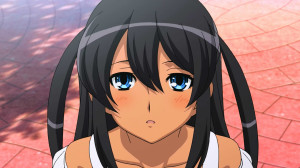 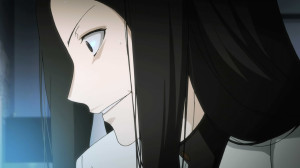 Bit more concerned about this Mao person. She seemed to know a lot about the designer children and have contact with another one that hasn’t ‘joined’ either side yet. Her dream system seems a bit worrisome though I’m not exactly sure what her plan is. Either way didn’t seem all that concerned about Amarok and company busting in and was just happy to get more data. Not sure if she’ll be a major threat or just a little villain that will cause trouble in the next couple episodes.

On another note here’s hoping that Hana will get another chance to be helpful. With Teppei no longer needing that charge to change into a Kiltgang she’s pretty much relegated to Pitz translator….and Daichi love interest. I have to say that necklace tangling was one of the sillier things I’ve seen in a while, but I suppose they have to push these two together a little to create some kind of relationship. 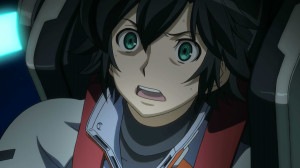 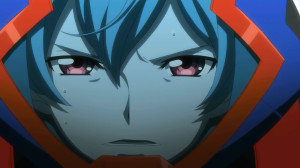 It was nice to have a return to a little space combat since having Daichi face off on the ground all the time would get a little old. Though even that can’t last for too long since there aren’t many designer children left to awaken. Curious to see where the story goes after that point. Probably some interesting team battles though the Kiltgang’s are still limited by the amount they can send out at one time.
Score: A-