The World Is Still Beautiful 07-08 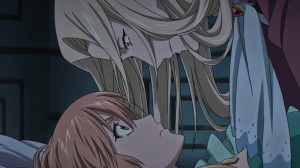 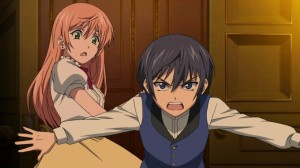 The trip through the lovable world of The World is Still Beautiful and journey of its royal couple Nike and Livi continues in these two episodes. Just as Nike had to contend with a lack of confidence in being worthy of being with Livi, Livi has his own challenges in this story arc.

I’m probably beating a dead horse at this point, but I really do believe that the appeal of this show in how flawed but likable the main couple of this show is, and how they work through their issues and help each other out. This story arc does really put the couple through the ringer though, and its all thanks to the return of a person from Livi’s past, his uncle Bardwin.

Bardwin and Livi’s relationship is pretty complicated. Its also beginning to become a bit of a trend, but he also hightails it out of the Kingdom when Livi continues to go down his dark path of conquering the world. Bardwin undoutedly loves his Nephew, even more so because he was in love with his mother Sheila, but he’s also pretty awkward and mistaken about a lot of things.

Its no stretch of any form of logic that the whole issue happens because of Bardwin’s rather weird and brazen tactics at trying to vet Nike, and make sure she’s good for Livius. The thought and intention is obviously not bad, but the way he goes about it is the worst possible way.

Bard ends up making Livius feel small and constantly tries to one up him, and then goes to the trouble of trying to seduce Nike herself, by dragging her off to a bedroom and pushing her down. He doesn’t go any farther because Nike sees through him, but under no circumstances does any of his behavior seem remotely acceptable.

Of course, things go to their worst possible resolution when Livi catches them both in said bedroom, and assumes the worst. What follows is definitely one of the more… difficult scenes in the series. Livi regresses into what I’d say his totally non trusting and angry self before he met Nike, and lashes out at both Nike and Bard. Bard’s set to be executed and Nike is imprisoned in her room, with Livi refusing to even listen to her.

I’d like to say that Livi overreacted, and there’s no question that he did, but given his past, I wouldn’t say it wasn’t without precident. Livi has been betrayed and abandoned by a lot of people, and lost the person he cared for the most. He’s only recent been able to become vunerable and open himself up to someone, and the idea that said person would be cheating on him with his uncle (one who’s more handsome, taller and more capable and more well liked than him), well… I don’t know if I would’ve acted any differently.

If there’s one thing that bothers me about these two episodes, is how quickly Livi forgives Nike and calms down in episode 8, following that tense cliffhanger. I’ve heard a lot of complaints about this adaption being rushed, with lightning fast pacing. I’ve honestly not felt it much until this point. I do think that how quickly the mood shifts from one episode to the next is a bit jarring.

That said, the issue becomes less about Nike and Livi (it seems Livi still trusts her quite a bit) and more about his relationship with Bard. Its Nike who ends up bring the two together, and while she is told to stand down, she being herself, goes above and beyond to try and fix their relationship.

I confess, this leads to another one of those surprising moments that I wasn’t expecting to see but loved anyway. Livi ends up asking Bard to stay, which is exactly what Bard actually wants to hear. Bard thinks that Livi doesn’t want him around, and its thanks to the efforts of Nike and Neil that they are trapped together and forced to work their issues.

I will say that I wonder if Nike constantly using her powers for what I’d say is somewhat personal business is okay, but I suppose its her powers that end up bringing about another happy ending.

Having Bard back as the prime minister only means better things for the country. We get a nice moment with the elders at the end, and throughout the story. I quite like the elders, as they a bunch of pervy old wise men that seem genuinely concerned for the country and their king. Again, I’ll say that its hard to really dislike any character in this show. 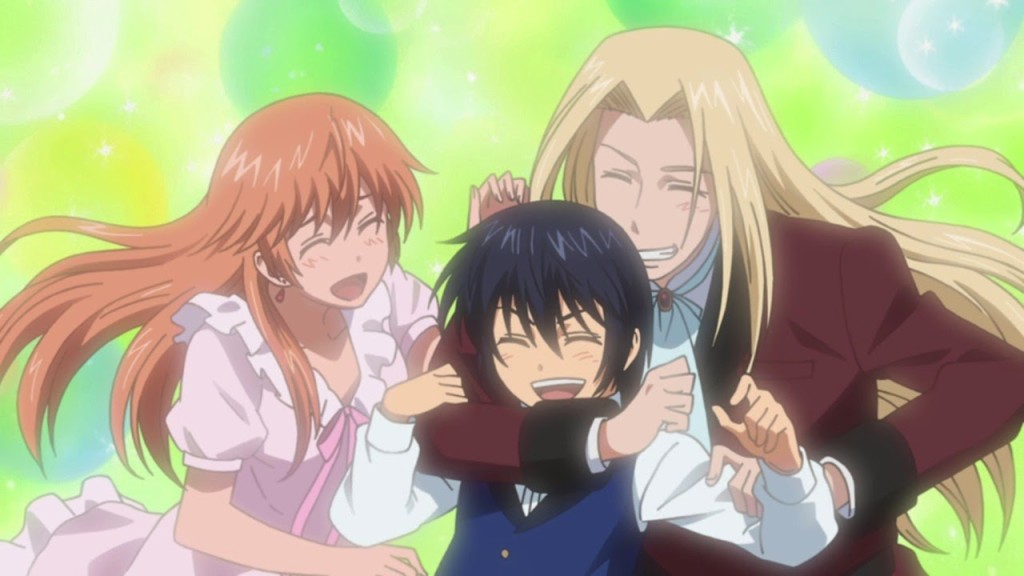 The last moment with Nike, Livi and Bard all messing around and laughing is a beautiful moment. It makes me sad that this series is only 12 episodes. I quite like how relaxing and happy this series and story is. We’ve only got 4 episodes left, and while I haven’t been able to blog this series week for week, I do want to eagerly see how much of the story we’ll see before we inevitably have to start following the ongoing manga.

Either way, another solid chapter in the rather endearing story of Nike and Livius. 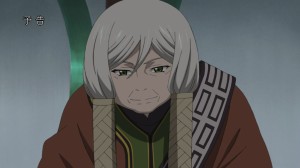 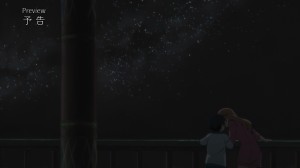 Talk about Gear shifts. Seems like we’ll be heading to the Rain Kingdom. I am very interested to see how this plays out!