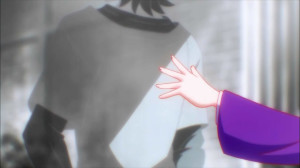 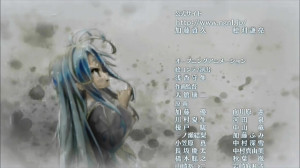 Really I’m not even sure how you respond to this episode after seeing that ED and aftermath moment. I mean wow it’s been a while since I saw a changed OP or ED have such impact. It was legitimately unsettling and disturbing seeing the effects of whatever happened in the last few moments. I mean just what happened there? I have to think that Sora planned for this, but regardless it’s a very strange moment and way to end the episode. It was almost like something you’d see out of a horror series. Huge impact to be sure.

Going to be really interesting to see where the next episode goes. Sora himself seemed to state he was getting the piece needed to take on the Eastern Federation so Shiro may not have to outright take on Izuna alone. But clearly there is bound to be some sort of crisis or challenge she may have to take on and survive until Sora returns. Something I hope will be tied to the end of the next episode so we don’t have that unsettling ED. 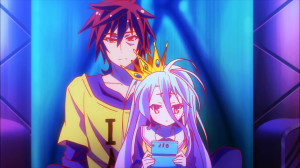 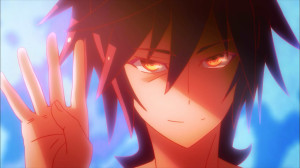 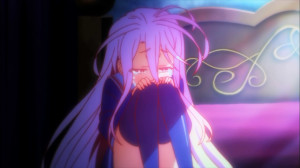 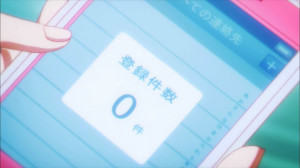 I just felt incredibly sorry for Shiro at the end of this one. It’s like the rest of the episode just plainly vanished from my head when it ended. We know these two are almost broken apart and Shiro will have to endure somehow. What I don’t get is what Sora is thinking and why he’s taking action alone. He’s just as weak without Shiro as she is without him. Honestly I feel that leaving Shiro alone with memories of Sora vanishing is as big a gamble as anything we’ve seen. Forget betting the race piece, this is far more of a gamble.

I’ve been trying to figure it out and I’m still not sure what exactly Sora is up to. He seemed to expect someone was going to make a move once word got out that he was betting the race piece. Can’t imagine it was someone from Imanity, but if not then…who? Another one of the races? The Elves maybe? Someone approached them at the end of the episode and either magic or a pledge was imposed that erased Sora from their memory. I’m not sure if he just outright lost or something else. 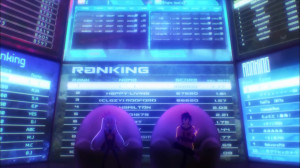 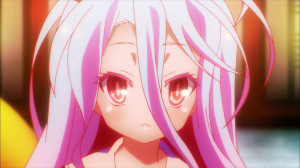 This all seems to be tying into Sora betting on Shiro’s potential. She reflects all that he hopes for and believes in, but this seems almost crazy. They’ve been together for such a long time and have a promise that is close to both their hearts. It was like he was trying to imprint on Shiro’s heart the core of their bond before he did whatever he did. Focusing on the two of them being one. Just feels like he knows what he’s doing is going to be difficult, but he believes Shiro can thrive.

It’s a painful situation for viewer and Shiro. Obviously I want to see Shiro have a chance to shine. Sora has taken the spotlight often since his skills just line up well for some games. But did I want Shiro to stand up because Sora was literally not there? No, of course not. I get that this is a good way to do it and storytelling wise it’s a powerful move, but it’s tough to watch. The week wait is going to be agonizing. I believe Shiro will be ok, but it will be hard on her. Also feel this will answer my questions on Shiro’s bond with Sora which I did also ask for earlier. 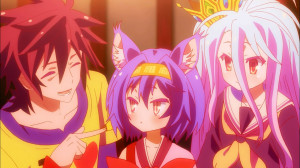 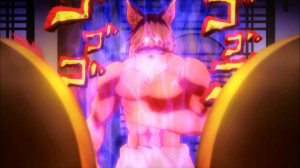 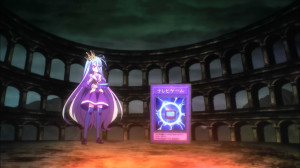 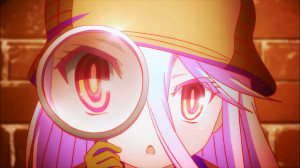 Oh and yeah, all that other stuff happened XD. I mean really it’s hard to focus on it. Sora and Shiro did a great job pinning down the Eastern Federation. They have them by their tails almost literally. If they don’t cooperate then Blank could leak their tricks to the world and they’d be obliterated. But if they fight then they have to challenge a pair that is extremely good at video games and know how to beat cheaters in cyberspace. So losing is a legitimate possibility. And with the other party betting their race piece, it’s a pretty stressful situation to be sure.

It was good fun watching those two break down the old man from the Eastern Federation. He had no idea what he was up against. Izuna was a cute character as well. A bit weird verbally since she was just getting her head around Imanity’s language, but not bad. Certainly did seem to enjoy the siblings petting her once she got past the surprise factor. The siblings seemed at their best with teasing the old guy about the panties bet and showing how much they knew about the entire situation surrounding their game (props to the Yu-Gi-Oh reference especially). Just too bad that so much fun came early only to crash down to Earth by the end.

It was interesting to confirm that the Warbeasts only had the ability to tell if someone was lying by seeing their heart. Certainly if you can see inside someone you can have a good idea if they are under stress or concealing a fact. Goes to show that a powerful bluff can be extremely effective. 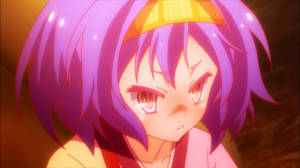 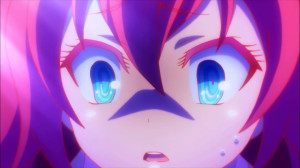 In the end a great episode that only got more amazing by the end. Just shows how damn gutsy Sora and Shiro are as characters to make their big bet and by Sora making his move at the end of this episode. Funny that they knew the populous was too cowardly to face them in games so long as they couldn’t do that they could rant and complain all they wanted. Here’s hoping next episode will be a great one. Certainly feels like they are prepared having made that special ED just for this occasion. I wonder if the OP next week will have something similar?
Score: A+