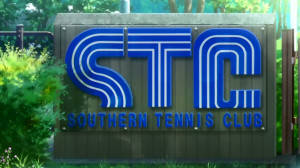 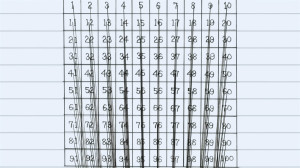 This was a good episode for showing where Maruo’s game is likely to go and also delving more into what clearly has been bothering Takuma up to this point in the series. It was a good call by the coach to throw these two into a match together because there is something they can both gain from it. Although it also meant saving some time for teaching Maruo some basics that will be helpful for him to base his approach on. Just desperately covering the court like he did in the previous match isn’t going to get you many wins.

An episode that was really all about building things up. A lot of time spent teaching Ei-chan about controlling his shots which is a pretty key skill. Of course there was the comical scene where he broke down the court into 100 squares, but just shows how he takes things to a logical though extreme end result. Certainly if he had the kind of control that could put shots into a 1/100th spot on the court he would have a major advantage over anyone. 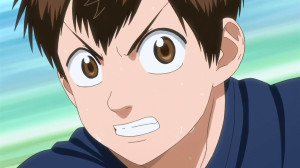 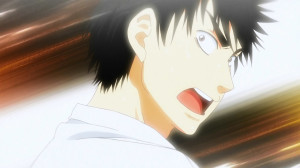 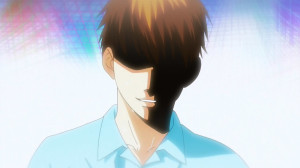 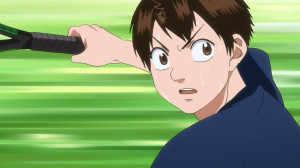 But this episode showed that theory only takes you so far. While Ei-chan got a surprise point off Takuma that’s all he got. There’s just a limit when it comes to going against tactics and individuals with superior skills. At some point you have to find a way to even out that gap. At this point there wasn’t much that Ei-chan could do but just get beaten soundly. Honestly it was a risky move by the coach to put it lightly. Might have ended up with two players that were thrown off instead of just one.

At least this finally made clear what was really eating at Takuma all this time. Very much an issue of encountering an opponent so far ahead of him that he couldn’t see himself ever being able to win. I’m sure for someone that grew up with such confidence in his natural talents that had to be a painful loss. His natural talents didn’t go anywhere, but he clearly didn’t have the same mental edge that he had in the past. You play while thinking “what’s the point, I can’t ever win” and it will affect your game even against opponents you definitely can beat. 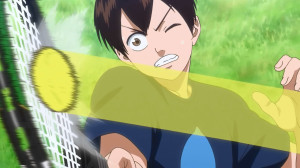 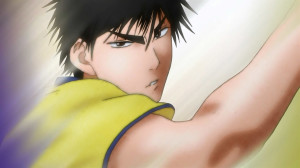 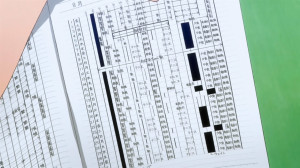 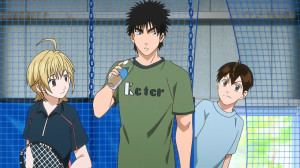 This episode was good for Takuma and Ei-chan. They both got a chance to really see what they needed to be doing. It was a wake up for Maruo to the reality in front of him. Certainly his theory was fine, but he can’t just win with that. His eyes and determination will only take him as far as his body and tactics can carry him. Luckily his mental toughness was strong enough. He simply accepted this defeat as a painful reality, but moved on to ask himself what he could do to try and improve. It might be impossible to erase that gap, but it might not be. Best to try and push himself as hard as he can and see where that leaves him.

For Takuma it was definitely a worthwhile experience. The match itself of course didn’t do much. Maruo had a point and Takuma quickly beat him into the ground. But the aftermath was key for him. It showed there is a different mindset he can take. Just because he couldn’t beat that guy and maybe he’s even more talented than Takuma, doesn’t mean he can’t ever win. He’s just avoiding giving his all so that if he fails he has that excuse that if he gave his all it might be different. Also just avoiding the competition so he doesn’t face that same painful reality again. 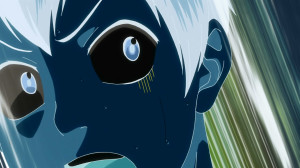 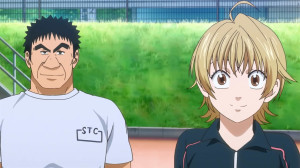 Really now it’s all about Ei-chan putting his all into practice. He isn’t some super hero, it will take hard work and intense practice to get anywhere. But luckily he has the kind of mentality that leads to repetitive practice. Another little tournament as well that Ei-chan can throw himself into to see just how far he’s really gone. Another strong episode for Baby Steps, and I’m looking forward to next week.
Score: A-