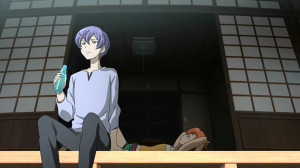 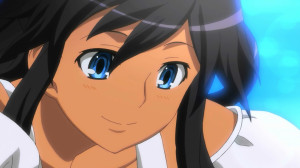 I will say this was a good episode as things are finally starting to come together a little. Some of the mysteries are getting cleared up so it’s easier to get a look at the bigger picture with this show. This very much was an episode focused on Hana and Daichi and that’s probably fair with last week being more focused on Akari and Teppei.

There was much more speculation about the existence of Hana and Teppei so this was a good time to clear some things up. While I’m not sure why, clearly Hana was created for the sake of firing the livlaster. Though in the end Hana wasn’t capable of accomplishing what they wanted from her. Seems likely she was summoned in some sense by Daichi or to meet Daichi. A bit of an iffy thing for her to go all that way just to meet someone, but at the same time she did break away from the Kiltgang and that is an accomplishment. 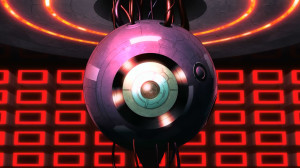 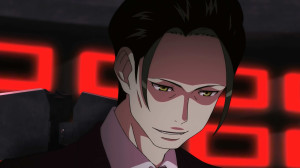 And thankfully things are making a bit more sense with Kube. I am getting a bit of a laugh from the Shakespeare references being thrown around with this show like the Macbeth Enterprise and Puck. Kind of makes me think about Zetsuen no Tempest. Though I will say that show had way more fun with the Shakespeare material than this show currently is having XD.

Really is something how the Kiltgang are clearly using this guy to help further their goals. He gives them all the resources they need without really understanding what the consequences are going to be. It’s clear this Ark plan is doomed to failure. Either they won’t be leaving the Earth once they make their move or they’ll also take out the ‘elites’ that were saved from the immediate attack on the Earth. Certainly doesn’t seem to be hard to trick Kube since he puts all that faith into Puck and thinking he has a handle on everything. 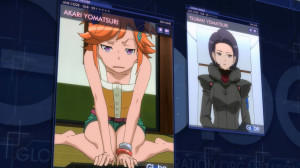 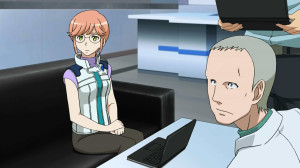 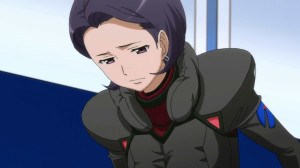 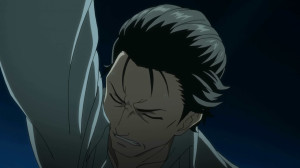 Have to say I agree with Akari on the Kivotos Plan. To say it’s a decision made by humanity is a joke. It’s a decision made by the rich and powerful to save themselves while sacrificing the majority of humanity. No one would actually support such a stupid plan if the truth came out. I mean sure it sounds nice to say you’ll save humanity by preserving the best of it, but that’s just silly. Deciding what people are worth saving and who isn’t. Plus the idea that those people could even cooperate afterwards is questionable. A bunch of elites who normally order people around will then have to create a hierarchy and do the jobs they never would have done themselves. It’s just questionable.

At least the conversation with Akari and her parents was entertaining. Quite the difficult family situation going on there. And sorry to say I kind of agree with Akari’s mother, she kind of is a bad parent. Spending all that time in space and even trying to get her kid on the Kivotos Plan list without even considering how her kid would feel about that. Wanting to save the world is good, but best not to lose track of everything else in the process.

Can sympathize with Akari’s father if only because it is hard to find the right thing to do. Honestly the sacrifice made by Daichi’s father was almost easier than the current situation. One thing to just collide with an enemy to save that day. Another to try and save all the days ahead. This isn’t a problem that can be easily solved by just charging in. Unless they can find a way to stop the source it’s only a matter of time before they get overwhelmed. 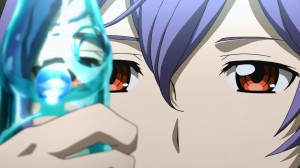 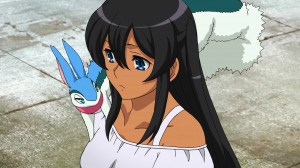 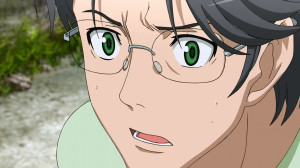 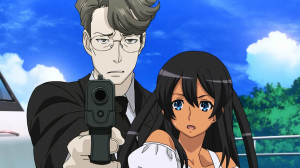 Can’t say I thought they’d go ahead and tackle the situation with Daichi’s Uncle. Suppose it was a good time for it though. While his Uncle may be worried, in the end Daichi is much more like his father than uncle. There’s just a difference in mindset that has put them in different positions. Daichi is willing and capable of doing this so best just to let him go and do that. It might be risky, but the situation is too desperate for them to do anything else.

Of course good that finally Reito has been removed from the situation. That guy was just a creepy jerk after all. Though I had to sigh a bit at him being owned by a boomerang. I mean come on if you know the word you shouldn’t need to know that it will swing back. Plus should that really have resolved the situation? I’m not sure how firearms fair after being dumped in water but long as it worked he should have been able to surface and shoot Daichi. It’s not like it was a hammer, it was a boomerang XD.

Oh well, in the end it lead to a little DaichixHana moment which is fine I guess. At least the show isn’t bothering to play up any different angles. The main pairs are clearly laid out and it’s just a question of seeing how things develop along with the main plot. Not a big thing, but something to keep an eye on. 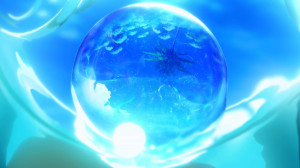 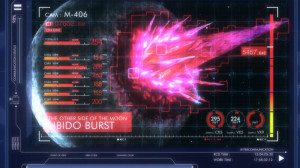 I kind of felt it was a stronger episode as a whole because of the answers we finally got. Not that everything has been clearly laid out, but at least we know more than we did a week ago. Sometimes important to set the stage. At least there should be more than enough time given to fully repair the Earth Engine before the next fight. I just hope it doesn’t take that many weeks to fully repair it normally XD.
Score: B+