The World is Still Beautiful – 04 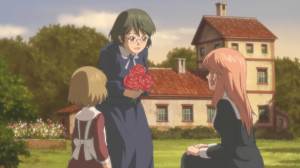 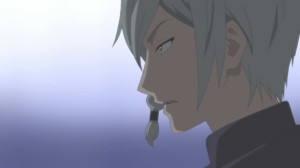 Another week, another episode, and The World is Still Beautiful brings the charm, heartfelt moments, comedy in full force, with an added dose of danger and adventure. To say the episode this week was more good stuff is an understatement, as we got some significantly higher stakes and some truly tear jerky moments.

I’ll be honest, I had a tear or two in my eye in this episode. Its not the sort of sad tears that you sometimes get in truly emotionally sad moments either, they were happy tears, once moved forward by genuine emotion and heart from the series.

I think what truly makes The World is Still Beautiful such a “beautiful” series is the fact that it really creates those moments that really tug at the heart strings. 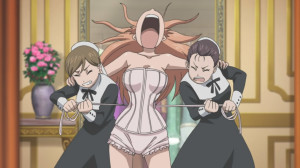 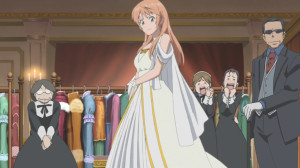 The episode opened up with more of the nice comedy moments that are starting to become a good staple of this series. Seeing Nike struggle with the more lady like princess moments is entertaining, but one can’t deny that she’s a pretty character and her character design shines both in her normal garb and more so when she puts on the more traditional princess wear.

I found it interesting that the Opening animation actually changed to reflect Nike’s lady like look. I’m not sure what the significance of that is, but it was an interesting treat to view. 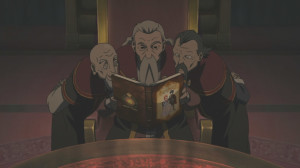 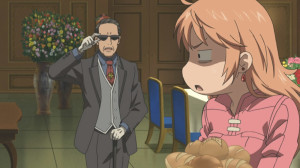 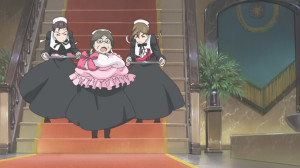 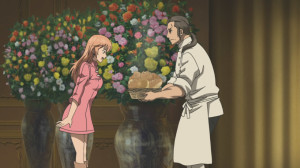 One thing that’s definitely nice about this series is how its already establishing a mood and feel for its world, not just through its visuals, but through the supporting cast of characters. I liked the addition of our “fashion designer”. Not just him though, its characters like the old men that serve as the King’s advisers or the maids who attend to Nike, or Jaina the chef, all of them really add some nice richness to the series.

Of course, While at first the big issue seemed to be Nike having to lose 5 kilograms (about 11 pounds!) for her engagement ceremony with young Livius (who I’ll still call Livi from henceforth), things quickly escalated to pretty serious when the Ministry of the Preisthood got involved. 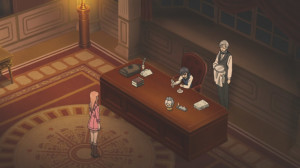 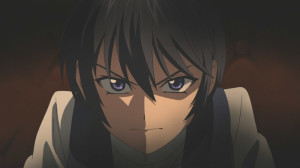 We got our first real taste of antagonism in the show, as the Ministry of Priesthood represents society stratification, religious oppression, foreign discrimination and basically everything that had been wrong in the Kingdom until Livi took over. The parallels to the Pr-Reniassance Church weren’t lost on anyone who’s remotely familiar with European history.

Interestingly, Livi after ascending the throne, removed all forms of stratification and cut down on the State of Priesthood’s power, making a serious enemy of them. Thus, in a way to get back at him, it seems that they are not accepting the engagement and therefore union.

Things really get out of hand and ask for suspension of disbelief, when Livi reveals that said Preisthood wants Nike to under go the Rite of Illumination. The Rite basically has Nike brave down a dark and treacherous catacomb to find a ring from the country’s Sun God’s temple. Again, its hard to see how this kind of situation, traditionally that of a guy’s quest, is gender reversed. It makes sense given that this based of a shoujo manga, but its hard to see women being given such an intense trial just to have the right to marry the king. 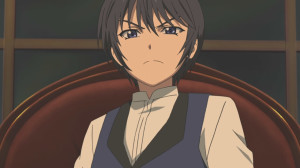 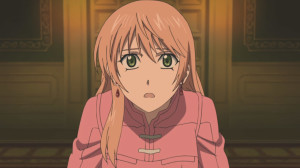 While the situation is a bit hard to believe, it does give Nike another chance to not only shine, but to really show the audience her caring and interest in her future husband. I think Nike’s grown attachment to Livi is one of the series’ true strengths, since it shows rather than tells. Whether its Nike reacting a lot less aggressively to Livi’s jabs about her dress, or not talking back to him at all when he comes off as a bit of a brat, its really her growing affection for him that changes her reactions.

We also get our first kind of antagonist this week in Rani Aristes. Rani Aristes is a pretty interesting addition to the cast of characters. First of all, unlike our main man Livi, Rani is tall dark and handsome, with silver hair and a kind of cool guy look to him, all the makings of a classic Bishounen XD 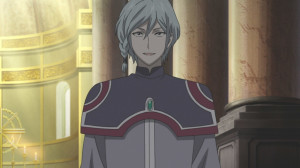 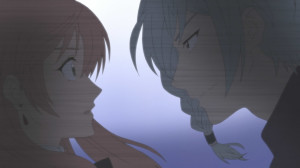 Rani goes from Bishounen cool guy to shockingly crazy yandere in the span of a few minutes. His major beef with the king and Nike is the fact that they’re both of foreign origin. Livius himself had a foreign mother, the kind figure we’ve seen in the flashback dreams, Sheila. I didn’t blame Nike when she wanted Rani for his extremely racist like behavior. And while Nike is stopped by the girl she saves earlier, I’m sure there’ll be a chance for her to slug him one. 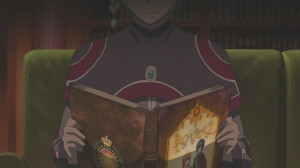 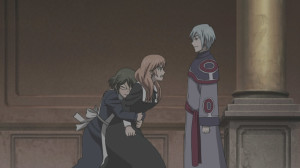 And honestly, I’m not sure about Rani being a true villain of the series. In the start of the episode we did see him reading the Royal Family Bulletin in his own room. I wonder if he’s a closet fan of Livius or something. I’m sure things will become much clearer.

The highlight scene though, was when Nike went to the foreign children refugee orphanage place, and learned about just how much of an effect she had had on Livi. I have to admit, this scene was expertly crafted, truly being out the “feels” as it were XD 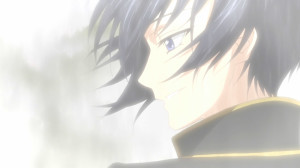 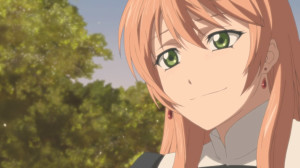 This was one of those happy tear moments, the touching moments that this series can just dispense on a near weekly basis. It really made the moment when Nike decided to undergo the trial just as touching. Its hard not to root for both these characters when its their actions more so than  their words truly speak to the growing bond they are forging. 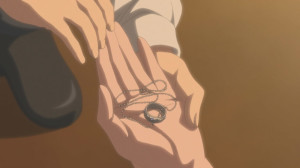 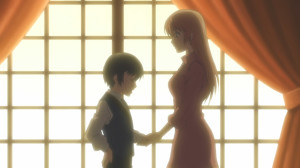 Livi giving Nike his mother’s ring was another big moment of significance, as a sort of protection charm and honestly, more of a proposal.

While Nike was able to reach the Sun God’s temple without her powers during the actual Rite, things are hardly fair when she does complete the rite. Instead, the ring she seeks is nowhere to be found and she is attacked by people from the Priesthood. 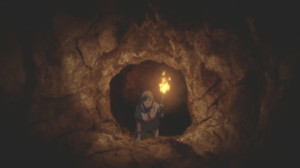 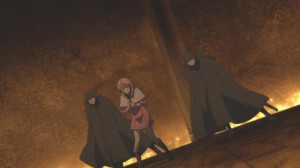 While its reiterated that the Priesthood’s power is waning because of the people serving moves that King Liviuis is making, its interesting to note that Nike’s introduction into his life has only made his resolve to make things better for his people all the more firm. In essence, Nike is making Livi into a kinder, better king (And considering the job he was doing before, that’s kind of impressive).

Of course, without her powers working inside the deep catacombs or anyone to help, Nike’s in a bit of a pinch. Not that I’m afraid things will go really bad for her. I’m excited to see how this resolves, and how Livi reacts to all of this as well. 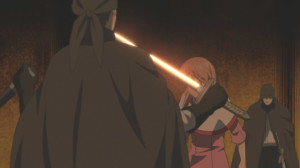 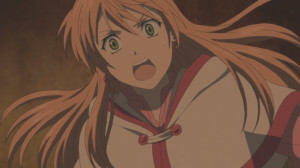 I’ll say that watching the preview might not be a great idea in this episode, since it kind of spoils what is to probably be another heartwarming episode from next week. I’m leaving the preview out of the post this week as well, and I’ll see you all next episode, hopefully earlier than when this post went live XD