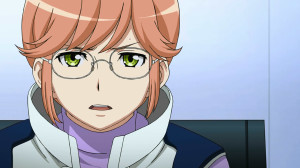 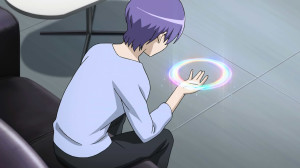 One thing I’m just going to have to get used to with this series is that government-run organizations are really stupid. I do understand the reasons for being hesitant when it comes to Teppei, but why is it they seem to be doing their best to make the people who are fighting to protect the Earth not like them? Teppei shows up on the scene, saves Daichi and the first place he goes is interrogation? I might have gone with the Moco and company just to get away from that place. Just the scene where they talked about Teppei being cooperative with the investigation made me want to yell at the screen “well duh, he’s on your side idiots!”

Was an episode that focused on the aftermath of what Teppei and Hana did last episode. Their move saved Daichi, but also lead to a lot of trouble. Doesn’t seem like Hana was that bad off from what happened, but just went through testing. Not exactly the leap forward in screen-time I was hoping for when it came to her character though. We did get more evidence (though wasn’t really needed) that Hana isn’t exactly human herself. 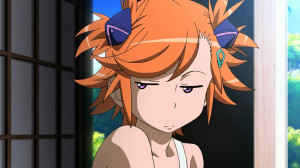 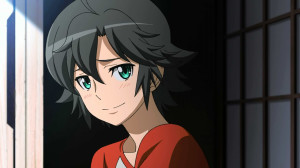 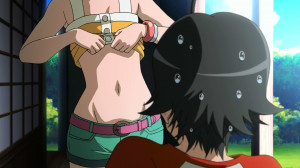 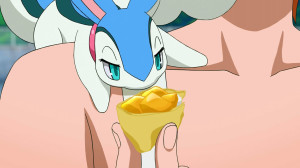 I give props to Akari for at least trying to keep the mood up. Daichi was a bit down because of Hana’s testing and of course what was going on with Teppei. Probably isn’t easy trying to be the cheerful one of the group. Akari probably had her own worries, but instead of moping around she just took action. Maybe a bit of a strange person, but she does have good qualities to her.

Not sure I can comment much on the whole “Belly Button Forte!” She was doing her best to change up the mood and certainly succeeded in that respect. Though too bad for Akari it wasn’t exactly an excited response from Daichi instead of just…shock. Suppose if it had been Hana there would have been a better reaction XD. 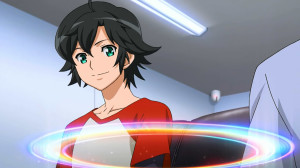 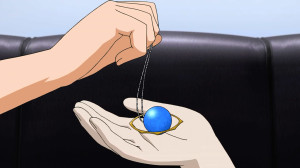 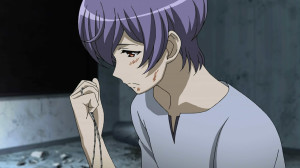 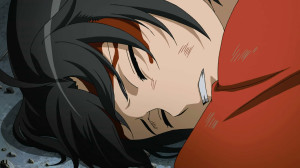 Back to Teppei, it’s really no wonder he’s got the personality he does. When he was a kid he was pretty positive in general. The kind of kid who was willing to show off his ability to Daichi and got along with him. But after a point he realized his ability was strange and made him different from everyone else. Then came this whole Kiltgang event and that really made clear how different he was from a normal human. Ignoring the whole “enjoyment” factor to being Kiltgang it had to just be unsettling once he started to understand things.

It’s good for Teppei to have someone like Daichi around. It’s not like Daichi doesn’t get that this is strange and unusual, but at the same time Teppei is still his friend. Just because he can create rainbows or become a Kiltgang doesn’t change that. He perfectly understands that without Teppei’s intervention he might have been killed in that previous fight. And really for a guy who can summon a livlaster weird is a matter of perspective. 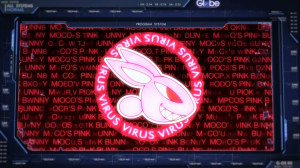 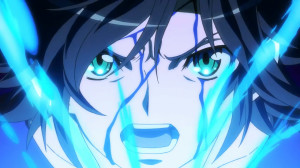 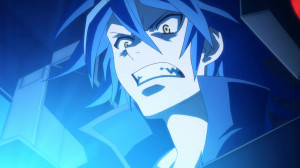 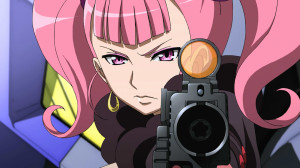 The attack was certainly a bad day for the regular security people of that base. Not surprising that Moco and company wanted to come all the way there to find Teppei. Long as they don’t attack as Kiltgang that seems to be something they can do. A decent attack though pretty risky considering one lucky shot by security early on and they wouldn’t be enemies going forward. The cyber attack was a good chance for Akari to shine again showing that the girl is elite when it comes to computers.

I almost thought Daichi might have to fight in the basic unit, but instead it was all livlaster. Suppose when you have the ability to summon a beam shooting gun then that is all the firepower you need. At least this attack gave us some more information. Certainly the term neoteny is pretty key. Maybe that’s what the livlaster’s “species” are called and the specific livlaster name is dependent on where they materialize. Clearly this just adds to the fact that this Livlaster is Daichis. Still questions that need to be answered, but at least in a vague sense I’m starting to get a handle on what’s going on. 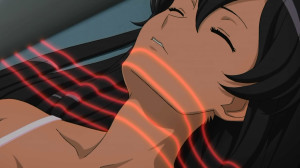 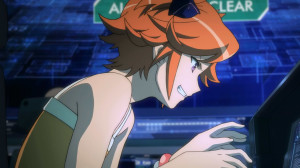 Still a lot of mysteries and honestly I still don’t even trust Globe itself. There are a lot of forces at work that are sketchy, but even Akari’s father is someone I can’t exactly put full trust in. I do wonder when Daichi will get a legitimate chance to fight without being hampered by poor repairs or being in his first battle. It makes sense an episode after they pointed out that the Earth Engine wasn’t fixed that they wouldn’t immediately jump into battle, but I would like to see some epic space action XD.
Score: B