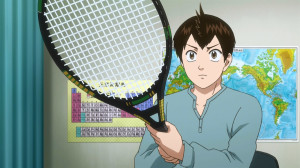 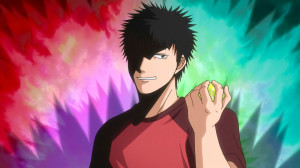 Things are continuing to move along slowly without really diverging from the source material in any major ways. Again this is still a good thing considering the kind of show it is. This episode pretty well was useful in helping to move the plot forward some more and continue to increase Ei-chan’s interest in tennis. Even at this point he’s clearly getting into it because he’s enjoying himself. Sure, it’s somewhat unsettling how obsessed he is with how good a proper shot feels…but hey maybe that’s just how it is for people who get absorbed in a sport.

Certainly will be interesting to see if Maruo can survive the upcoming barrage of serves from Takuma. Kind of insane to think of a high level player sending serves towards someone that’s only been involved in tennis for a month. At the same time their personalities just seemed to lead to conflict. For someone who reacts without thinking and someone who clearly wants to have as much information as possible, yeah that’s a troublesome combo. 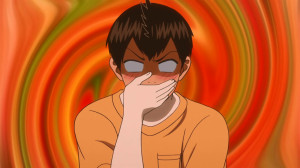 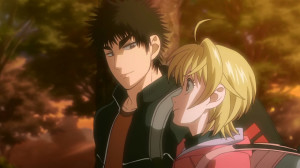 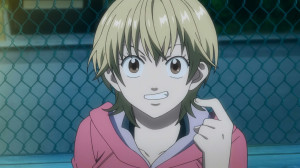 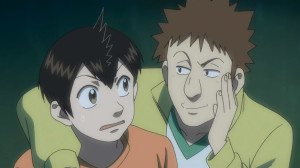 Of course they quickly kill the tension that was made last week with that cliffhanger. I still think this scene was just cheap. Sure it has good impact to make people think that Takuma and Natsu are in a relationship, but at least find a better way to resolve it. Honestly it’s just weird. Ei-chan never moved from that spot and really neither did Takuma and Natsu. Yet how did Ei-chan mistake what he was seeing and then literally see that it was a misunderstanding? Takuma and Natsu would literally have needed to rotate their positions to resolve that misunderstanding.

Still it was a helpful scene if only to start pushing a bit of romance in the storyline. One can certainly infer from what we’ve seen that Takuma has some interest in Natsu. Certainly a jealous streak when it comes to Ei-chan being around her. And Kageyama was pretty handy in hitting home to Ei-chan himself that he was interested in this girl.

Obviously our lead has been more focused on school than romance. Did get a good chuckle from him actually looking up “like” in the dictionary before his mother showed up XD. Certainly no shock that he’d end up interested in Natsu. A very driven person, chasing her dreams, and is certainly attractive. Not exactly someone hard to take notice of. 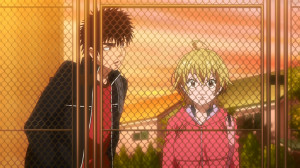 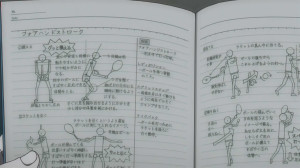 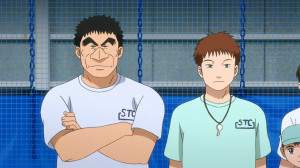 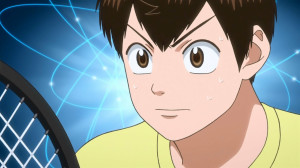 Though I think he’s got decent odds with how Natsu is actually taking notice of him right now. Natsu seemed really struck by the focus that Ei-chan had and how it lead to him hitting a good shot. I think she can recognize the power of repetition and hard work. Ei-chan is someone that will make progress by the fact that he will seriously look at what he’s doing and work as hard as possible to improve.

She was also paying attention during that earlier wall practice after the Takuma misunderstanding. I think even she still think it’s something amazing that he puts that much time and effort in, but not in a bad way. Right now Natsu is acting like a lot of characters in acting as a source of information about tennis, but that’s just necessary since it is starting from the basics. A good series for people who have no knowledge of tennis. 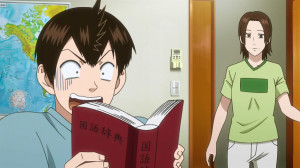 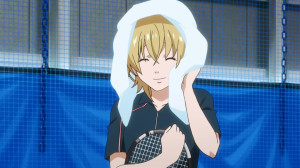 The next episode should be fun with a somewhat dangerous bet in play. I’m sure the coach would prevent serious violence, but Ei-chan is still going into that prepared to get hit. It really shows the stubbornness on both sides that they are actually doing this. Takuma can’t just apologize for his actions and Ei-chan can’t just let things go without understanding them. Should be a good chance for Ei-chan to make steps forward and for that I’m looking forward to next week.
Score: A-