The World Is Still Beautiful – 03 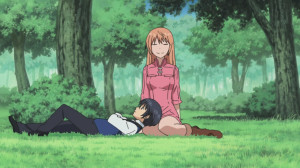 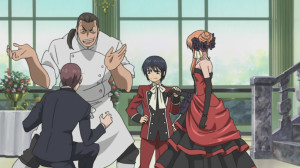 Well… That was certainly a bit different from what I was expecting given the last two episodes. I recall, quite clearly, saying that this show might not really have a romance element to it, especially given the differences of age between both Nike and Livi, but man, were the sparks flying this episode. 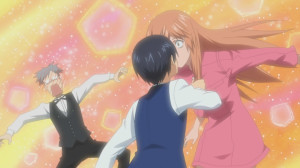 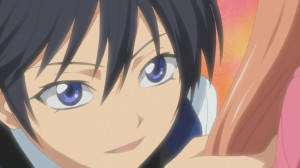 I guess there’s a reason that the so called three episode rule exists, because first impressions can truly be decieving. Far from being a sort of travel around, renaissance era fantasy setting show, The World Is Still Beautiful is most definitely a full blown, classic shoujo romance story. I’m surprised at how I didn’t see it before now, but the first three episodes, viewed as a whole act as a kind of setup for the kind of story that this series is. 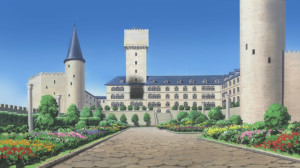 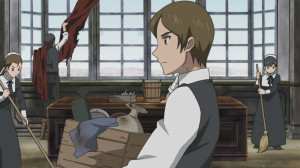 The World is Still Beautiful is a renaissance era romance story, and more so its the sort of fantasy love story that focuses on Kings, princesses and arranged marriages. Again, this was totally not the vibe I was getting from the show’s first two episodes, but its the kind of story that I not only appreciate, but I feel the anime landscape considerably lacking.

After last week’s display of rather touching rain works, it seems that Nike has pretty much found a place for herself in Livi’s heart. The young king is definitely drawn to her, and he’s aggressive and possessive in a way that’s actually kind of refreshing. I think its mostly a case of how many male protagonists we see these days that are just not bold enough, or confident enough in this whole romance thing, but Livi is an interesting character. 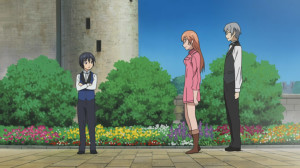 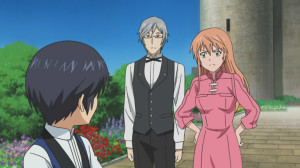 The stubborn childishness combined with what is wisdom beyond his years creates a very interesting personality, one that makes for a great foil for Nike. For all his confidence, intelligence and generally great ruling, Livi is still a young boy, and the way this episode showcased that was pretty great to see.

I think the moments that really got me in this episode, that grabbed me, were when we learned of our young King’s sort of tsundere nature. He may be putting guards up all around, but the great thing about Livi that makes him likeable is that despite how he make came off as strong at times, he can empathize and care for others. 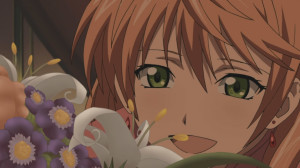 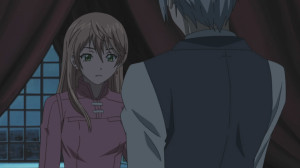 He cares for his people, he’s liked by those around him, and he definitely has a growing sense of love and companionship with Nike.

The classic romance trope, where the main female lead slowly begins to understand that despite how much she and her “husband” clash on the surface, he’s actually a really nice and sweet guy, that trope is played to full effect in this episode. Its a surprising revelation, as I started the episode agreeing more with Nike than Livi. 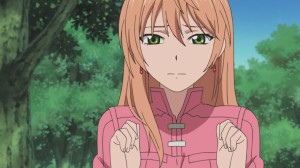 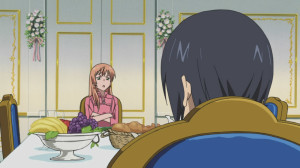 The crux of the issue or conflict between the married couple this week was a welcome party for Nike, officially debuting her as Livi’s wife to the country’s high class and ambassadors. While Livi wanted Nike to show her power off as a sort of “entertainment”, Nike was very against defiling the sanctity of the Rain Summoning Ritual.

The issue and fight stemmed from miscommunication if nothing else. Livi, in his kind of entitled, rich kid way, didn’t ask for what he wanted in the right way, nor did he really express why Nike needed to do what he asked. Again, this lead both the audience and Nike to dislike Livi at first.

Of course, as the episode progressed we got to know more about Livi and how he kind of suits the kind of clueless Nike. Just as Nike won over Livi, Livi’s done his fair share of heart winning. Whether its bold moves like kissing her suddenly or doing the nice things like picking out flowers for her room, the guy has made some nice moves. 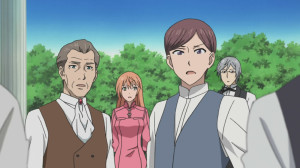 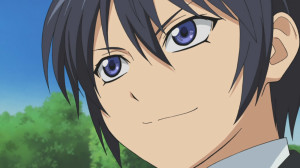 Added to that defending his wife in front of the rather rude ambassadors was pretty darn cool. After that, you’d think that Nike and Livi would hit it off, but the friction is still there. As Nike tries desperatly to try and get closer to Livi, she ends up offending his manly pride a bit too. This is classic romance stuff, the stuff you read in romance novels, but its kind of nice to see it on display in an anime again.

Despite his rather strong words at times, the two end up coming closer in the span of the episode. Nike ends up realizing how important she is to Livi, as a woman that he wants to protect, and she in turn goes on to protect him too.

Dressing up rather nicely and even summoning the Rain again (in snow form this time?) at the party, is a gesture that isn’t lost on the young King, and the fact that he interrupts her explanation with a heart felt thank you, was the highlight of the episode for sure. 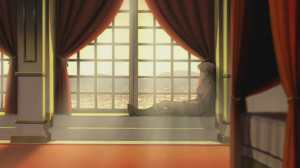 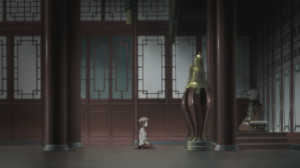 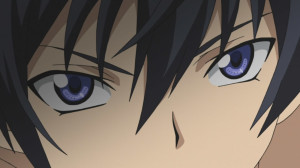 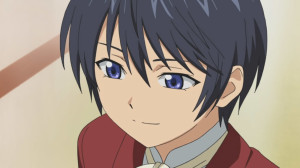 Nike’s major conflict, of not only bringing the Rain to the land, but also to her husband’s heart was great development for her character, while Livi continues to soften and relax around Nike. In a way, Livi is starting to give her a reason or goal in her life, one where she can use her powers for good. If the series continues to develop the paring and explore classic romance issues with such competency, then I’d say as a romance buff, we’re in for a treat. 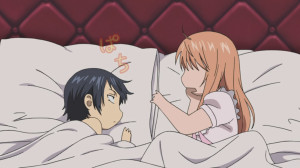 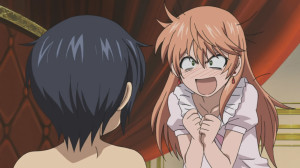 And Its worth mentioning that the comedy for the series works, and its a young married couple kind of comedy that again, you rarely see in anime. Whether its Nike freaking out to find Livi in her bedroom naked, or the rather blunt commentary on Nike’s bust size by her husband, or whether its her trying to steal a feel off him while he’s still asleep only to being pressured to give him a morning kiss, its all pretty sweet.

Funny, heartfelt and entertaining, I’d say we’ve got a recipe for success in a romance show here. While I originally didn’t see what kind of show The World is Still Beautiful was, I am pleasantly surprised by what I saw here. A solid episode. 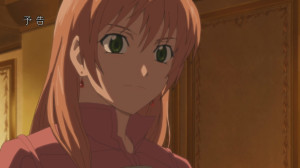 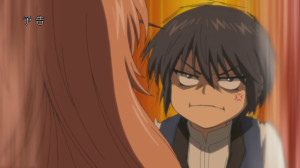 So Now its the whole “Let me protect you!” issue eh? I’m game, lets bring it! See you all next week!