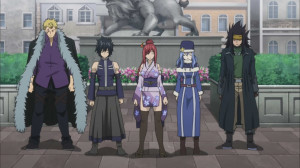 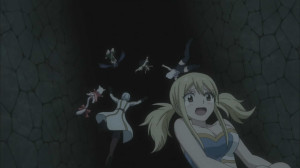 Okay… Now I’ll admit that, even I, am a bit worried. We’re three episodes in and the story for Fairy Tail is as great as ever. The production on the other hand, is a completely different story. Its hard to trash a series that’s only 3 episodes in, but with such a high bar of quality set before it, and the extremely interesting point in the story that we’re at… One has to wonder if Fairy Tail can afford a showing like the one this week.

I guess I’ll address the big elephant in the room first then… MAN did this episode look ugly. It wasn’t just a case of bad animation, or just the new art style giving us a sort of different feel, or even just budget concerns that were handheld poorly, it was everything. Everything that could have gone wrong in the visuals area, went wrong. The art and animation for the episode was bad to the point of becoming distracting, painful to watch even. It was a huge tragedy too, as the stuff that was happening on screen was interesting and intriguing. I just couldn’t help but whince, however, every time something horribly off happened on screen. 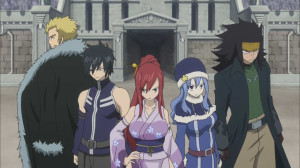 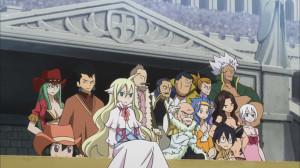 In many ways, this was the episode or the week where Fairy Tail could have proved to the fans and viewers that the animation and art was fine, and that there was nothing to worry about. Yet… Things went in the unfortunate other direction.

Where to begin? The animation was horribly under-animated. There were no fight or action scenes to speak of, just stuff that amounted to moving still frames, with barely any animation. The characters were all horribly drawn whether in close up shots, action poses or far away shots. There was a lack of detail to all the characters in general, and the backgrounds themselves looked horribly static. 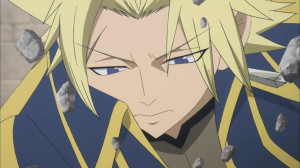 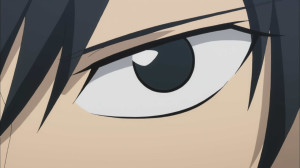 There was even a lack of shading in the EYES of characters! Anime eye shading isn’t that complicated to begin with. There was a clear absence of anything between the extreme highlights and the darkest shadows. Everything looked exceedingly flat and rather bland. Add the highly flat looking hair and faces, and well… you get the general idea.

And when there was animation? It was horribly choppy, recycling a few frames over and over. There was no one bright spot in the entire episode, and I constantly found myself wishing that the next frame would improve things, or the next shot would be better, to no avail.

There was this weird dance this episode, where the story and actual plot would draw me in and get me excited, and then then the animation and character art would just whiplash me out of the experience. It was definitely a new and rather jarring experience with this franchise. Heck… I hate to say it, but even the old series, with it’s early episodes and humble beginnings, had better artwork and animation than this. 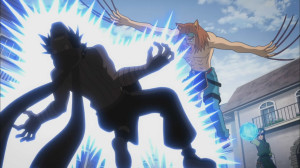 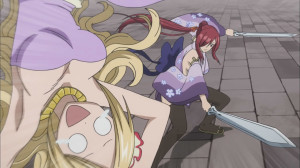 And it would’ve been one thing if the bad animation and art had been the only blemishes, but none of the battles or fights really had much of an impact at all either. Nearly every fight sequence happened off screen, or would end in one attack, which would be a freeze frame shot. Then, we would get longer (by comparison) walk and run cycles that would not only look bad, but seemed like they were actively trying to waste time.

It seemed that, much like BlazBlue Alter Memory, (a series that still gives me nightmares), this episode of Fairy Tail was actively avoiding the action and focusing as much as possible on low-key moments. That simply can’t work in a shounen, action heavy series like Fairy Tail. 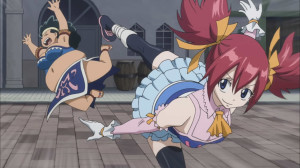 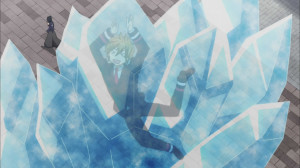 I shudder to think about what’s going on behind the scenes. Is the budget for the series just not all that much? Is this just bad budgeting? Did Fairy Tail get shafted by A-1 Pictures this time around? I’ve seen A-1’s work, and while they’re not the best studio by far, they’ve done good work with series like Fairy Tail and Ao no Exorcist. So I have no idea why Fairy Tail got this horrible episode after two already lacking episodes before it.

Needless to say, I’m worried. Fairy Tail is a series that had really good production values, especially near the end of the last series. Going from there, to this… is just depressing, and I don’t see it doing the new series any favors. This is especially the case when you’ve got awesome stuff like Madhouse’s Hunter x Hunter adaption happening at the same time, and being an absolute joy to watch. 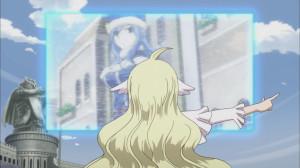 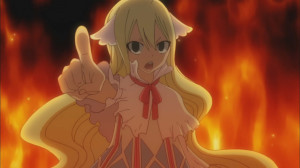 The visuals aside? How was the episode itself? It was not too bad. Lots of interesting stuff happened for sure. We had Mavis really shine as the Fairy Tactician this episode, as she pretty much pulled a Lelouch and calculated everything that was going to happen in the final Grand Magic Games Tournament. Seeing Erza and the rest make quick work of the rest of the teams was awesome to see, especially after the whole Fairy Tail team just stood there, surprising nearly everyone who was watching. 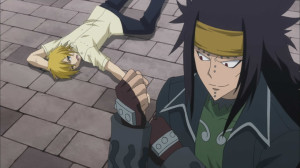 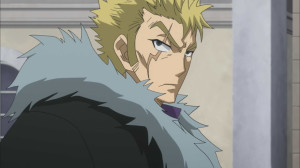 Again, its hard not to cringe at the bad visuals that ruined an otherwise really exciting moment, as Fairy Tail went from almost hitting the bottom of the pile again, to dominating on top. 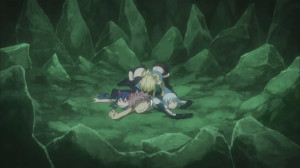 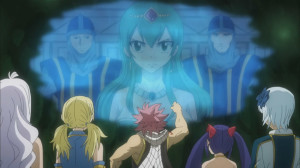 Meanwhile, we had Natsu and co sneak in to save Lucy, only to get trapped by the princess of the castle. So yeah, we finally find out who Green haired girl is, and apparently she has an “Eclipse Project 2”. I’m not sure what she meant by that, whether its different from the last one, or whether its simply a continuation/revival. 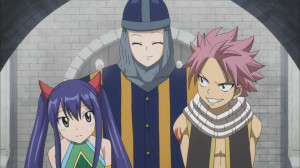 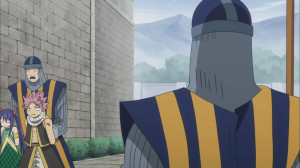 Either way, Natsu and the rest are now trapped in some underground part of the castle, and we’ll see how things go from there. I will say the whole thing with Natsu, Happy, Wendy and the rest was kind of meh, in comparison to what was happening elsewhere. I could’ve honestly done without the whole sneaking scene, which only echoed the idea that Fairy Tail was trying to waste time and avoid any more action scene animation for as long as possible.

The episode actually ended with Gray meeting up with Rufus for a rematch. Interesting stuff indeed. I’m curious to see where that fight goes, although I can’t say I’m looking forward to it if its going to be animated like the rest of this episode. 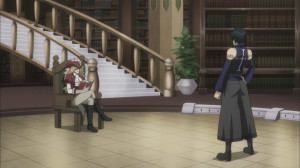 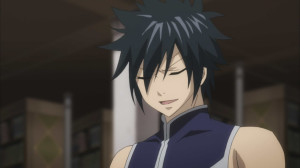 And yeah, at the end of the day, I know the visuals were the bulk of what this post was about, but honestly, they were that distracting and painful to watch. I really hope that this was an off week, the worst off week the production has ever had, because the animation seen in the OP/ED is pretty darn good, and shows that there’s potential for the series. I just hope this is the exception rather than the continuing trend.

I really am interested to know what everyone else thought of this episode? Was the animation as bad as I mentioned? Did you notice it? Did you care at all? Do let me know in the comments! 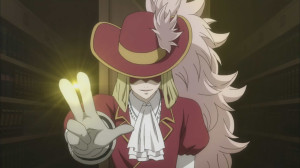 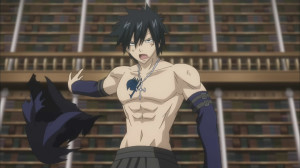 The Gray and Rufus battle begins! Also seems like its the start of some Lucy Fanservice XD… The preview isn’t exactly showing any flattering shots though… (animation wise). I hope things improve from next week onwards.