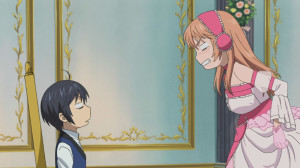 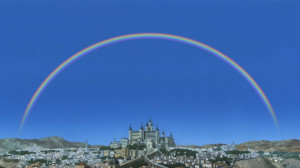 Few will disagree that the current Spring season is kicking the last season’s proverbial rear end. In a flurry of amazing shows that feature interesting concepts, engaging characters and sweet sweet visual feasts for the eyes, there’s Soredemo Sekai wa Utsukushii. Its a show that’s not all together too showey in the visuals area nor are the plot and characters anything uniquely original. Yet, there’s a calming, refreshing and pretty air to it that isn’t seen all that much these days.

As a medium for entertainment, Anime is known as being pretty diverse, but despite that diversity, there’s a shocking lack of European renaissance era countryside fantasy shows these days. Soredemo Sekai wa Utsukushii (which I’ll losely translate to: “Even so, the World is Beautiful”) is a kind of classic shojo story, where a tomboyish confident princess has to go to another country and carve out her own destiny there. 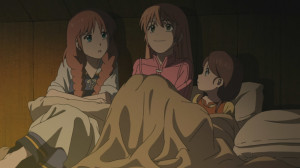 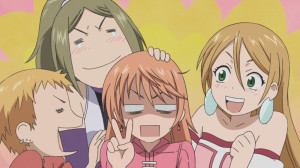 The big twist here though, is that her husband to be is not only the current king of the Sun Kingdom (more or less the entire world) but that he’s a child. We’ve seen both character types before, where the King resembles something along the lines of a nicer Ciel Phantomhive from Kuroshitsuji and our main protagonist Nike is pretty similar to the kind of characters you’d see in the early 2000s in shows like Scrapped Princess or El Cazador de la Bruja. She’s brash, tomboyish, adventurous but also really kind, outgoing and likable. 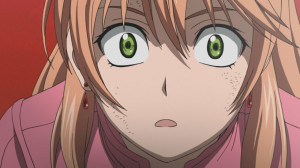 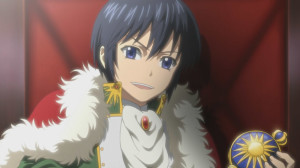 Its an interesting combination and the dynamic between the young king and his “bride” to be works.

And Nike isn’t just any regular princess either, but one with the power to control the elements and call forth the rain, which is why the King of said Sun Kingdom wanted her in the first place. Of course, while the King unreasonably demands that Nike just produce the rain at once, it hardly works that way. In order for Nike to be able to call forth the rain, she has to understand the beauty of the land she’s in. 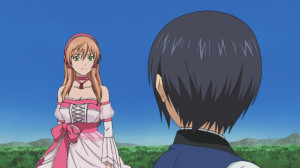 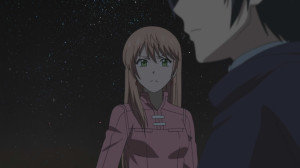 Nike is all about beauty of the world, happiness and enjoying the small quiet things in life like flowers, or gazing at the stars. The King, on the other hand, is someone who had to grow up prematurely, deal with strife and corruption in his empire, and then unify it and care for his citizens.

Understandably, his outlook on life and the world is definitely not as pure or warm as Nike’s, and her attempts to make him realize this are what make the crux of the two episodes, and by extension, possibly the entire series. 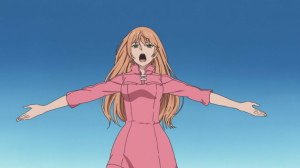 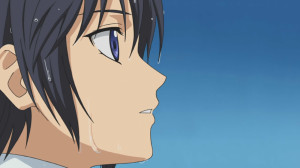 Its this cross examination of these two world views in that beautiful renaissance european backdrop that makes the series interesting to me. Even from the first two episodes, its hard to say whether this series will ever aspire to be anything special though. 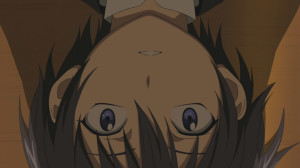 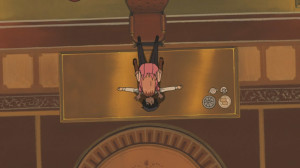 The series has a few things that are odd. For one thing, its hard to really buy into the whole romantic bit between the King and Nike, since they are pretty much brother and sister in terms of age (for now anyway… though a relationship COULD happen…). There’s might not be romance, and honestly the crux of the conflict between the two characters has been more or less resolved in the first two episodes. 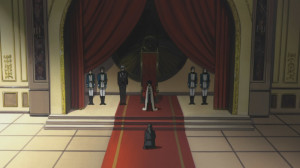 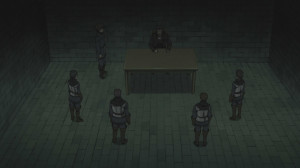 Whether the series works or not depends on how the two main leads continue to live from here on out. Each has something to teach the other of course, and there’s enough turmoil in the Sun Kingdom for both to deal with.

The first impression the series makes though, despite all the things that tell me its nothing special, is a positive one. I really like the visuals, the tone, the feeling of the show right down the kind of old school looking visuals and characters. In some ways, Soredemo Sekai wa Utsukushii may be debuting in the wrong era, but.. Even so, its still quite beautiful. XD

I’m looking forward to blogging this series this season, as its one I’m sure few will really bother to cover in this huge influx of great shows. 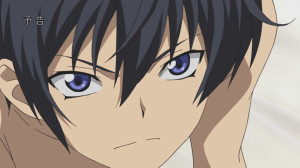 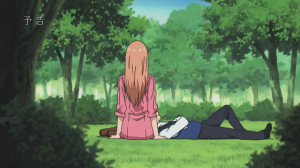 Seems like our King is still pretty reserved and will have his trust issues with Nike. I guess we’re in this for the long haul! XD