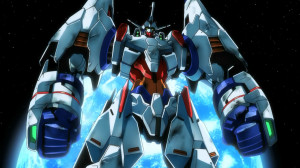 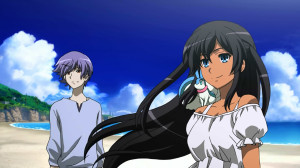 Let this episode be a lesson to everyone. Don’t mess with a kid who can summon a livlaster and just wants to play with a boomerang! Honestly, this episode was a lot of fun and a lot of the credit goes to the MC. We’ve seen a lot of negative characters over the years, but here is a MC who just brings a positive and determined personality to things. It would have been easy for them to drag out the shock collar treatment Daichi, Teppei, and Hana were receiving. Instead they just had Daichi decide to go and solve the problem directly. I don’t think they’ll make the mistake of telling him that livlaster isn’t his. They can lock it up wherever they want, but he’ll summon it without a problem.

Certainly the strong visuals are helping to carry the series, but I don’t think that’s the only positive it has going for it. So far it’s having a very enjoyable feel that is easy to get behind right now. I think Daichi is a pretty instinctive character that just acts on his impulses. In the first episode you could see that he had his own ideas of what he wanted to do and that didn’t really match with his school. His first meeting with Teppei or at the end of this episode in how he took care of the devices just reflects the kind of person he is. Right now that’s the main pull since we’re still just getting a feel for the other characters that are going to be important here. 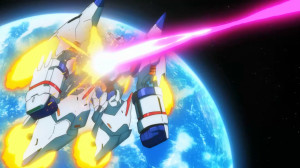 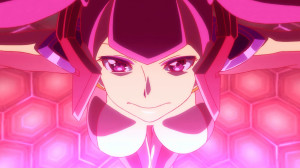 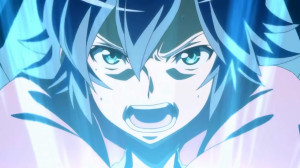 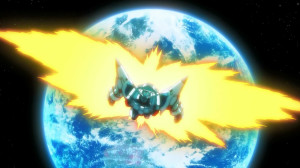 The first battle for Daichi went about as good as you can hope for a guy thrown into the middle of this sort of situation. It does seem like a lot of his actions in the last episode were guided by the livlaster. At least makes sense that he went along with the crazy idea of being launched into space so easily then. While it wasn’t necessarily controlling him, it feels like the livlaster was guiding Daichi to where he wanted to go. Just that meant throwing him into a fight that dangerous.

At least he got some help from an outside source. She was introduced in the preview, but I’ll just wait on delving too much into that character for the moment. Was nice that it was possible to remote control the unit, but at the same time that alone wasn’t enough to actually get the job done. Took a bit of effort, but Daichi just pretty much forced the issue and got in close enough to do the damage needed. Looks like the fights won’t be as simple as just getting any shot in, but that kind of strategy is an option at least.

Really the battle as a whole was pretty well done. It was well animated and didn’t go too easily. Of course Daichi didn’t die so it wasn’t that hard an encounter either. As a whole I think the action in this series should be a highlight from the resources clearly put into animating them. The music was fine in support during the moments it was needed. Looking forward to seeing how these encounters will go once Daichi gets more comfortable out there. 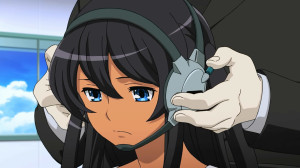 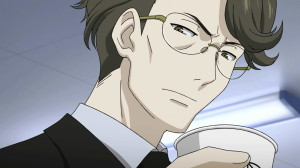 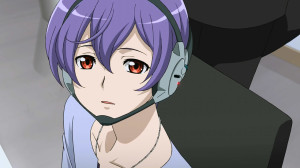 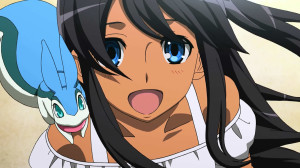 Really a bigger issue seems to be the internal structure of Earth’s defense here. Some really don’t seem to have a good grasp on the situation. If you are going to be relying on people to help save the day…maybe you should avoid treating them like garbage. I’m just going to throw that idea out there. While certainly Teppei and Hana have their own special powers it doesn’t mean that you should be treating them like animals. People generally give a better effort to help when they are motivated. Putting what amounts to shock collars on them certainly is motivation in a way, but it’s the kind that’s only going to create dissension and anger.

We still haven’t gotten much of a feel for Hana’s character so far. Mostly since a lot of the time was spent in the fight and then the aftermath. I might say Hana is a more quiet type, but that would be a natural thing for a person when you have some jerk uncomfortably close to you. She seemed more than energetic enough once she got away from that guy so next week we might we more of her personality. 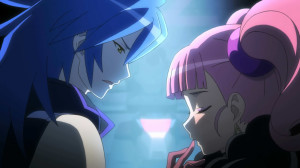 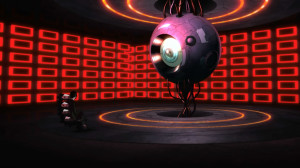 We did get a longer look at the structure of those who are behind the attacks and honestly I’m still working it out. Everyone seems to be human here. I’m sure it’ll get clearer as the episodes go on. I’m definitely curious to get more insight on the whole situation going on. Why these Ego Blocks are being sent towards Earth and who everyone is acting against since there seems to be a lot of political/organization competition going on.

And at the moment not much I can say about the whole mind-reading kiss thing we saw there. Some of the abilities in this series clearly are unusual XD. But we already saw a guy who can create rainbows so anything is possible at this early stage. 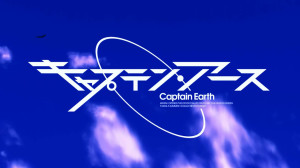 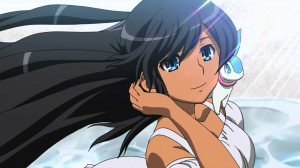 I think the OP was pretty enjoyable as a whole. The song was ok in my mind though maybe not my favorite out of the OP songs we’ve heard so far this season. It wasn’t a bad one, just that I don’t feel overly strongly about it. Visually it was busy, taking its time to show off the main characters a little and end with a small fight between Daichi and the enemies of the series. All in all a very solid OP. 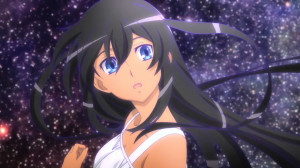 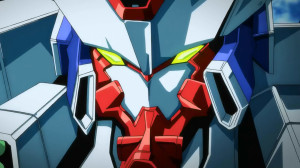 The ED was certainly very Hana focused. Hopefully reflecting on how key a character she is going to be as the series goes on. It also helps to confirm that Daichi and Hana is very much going to be a thing. Not a quiet song, but a soft one that I personally enjoyed. Visually there wasn’t much going on early, but as the ED got going there was enough going on that I thought it was too bad it had to end XD. 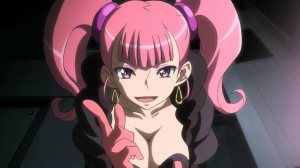 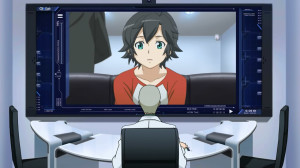 I think the episode did a good job carrying forward the optimism I had coming out of the first episode. It seems like the action will be pretty solid and as it stands Daichi is a pretty entertaining main character. With so much seriousness it is nice to just have someone who acts on his instincts and doesn’t get too moody. The other characters have had an ok first impression, but definitely need an episode to get to know them better. Still have a good feeling for this series and look forward to seeing more.
Score: A-