Every now and then you’ll encounter a series that will dare to dream big and try to go for it all. An epic story, lots of interesting world building, interpersonal character relationships that span decades and inter-twine. Of course, when such a series only has around 13 episodes to tell such an ambitious and massive story, things rarely turn out for the better. 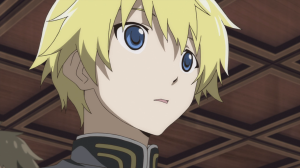 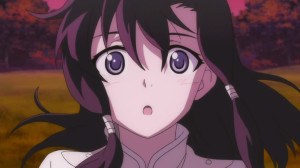 Toaru Hikuushi e no Koiuta (A Pilot’s Love Song) is one of those unfortunate series that dares to dream big, but simply doesn’t have the budget, time or even source material to really bring it home and become something truly amazing.

Its a darn shame too, because the series tackles a subject matter, and interesting steam punk-ish aerial world that perhaps only Last Exile before it has done. During the 90s and early 2000s Steam punk, alternate sci-fi and fantasy worlds were ever common in anime. Toaru Hikuushi e no Koiuta is definitely a harkening back to that grand era. 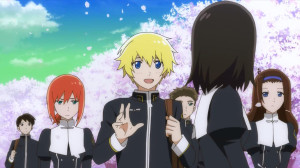 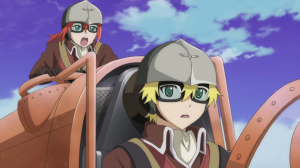 The story is about a prince who has lost everything, and is now living in secret, hoping to exact revenge on the woman who killed his parents, took his empire and ruined his life. Its a classic tale, but the big twist is that Kal El-Hire (or Kal El-Albus as he goes by in the series) ends up falling for the very woman/girl from his past.

This classic love story is set in a world where floating Islands exist, and a huge bunch of students and the military go on a journey of discovery to find the edge of the sky. Despite how weird it sounds, the most interesting bit of the series, much like Last Exile, is in its world building. 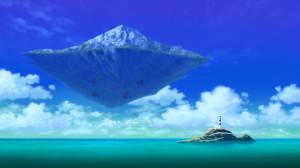 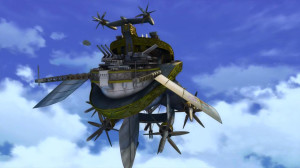 The world presented is fantastical and also beautiful, with lush green meadows, clear blue lakes, azure skies and a fantasy truly found within the sky. The various empires, mythology and cultures that spawn as a result of this interesting world are equally mesmerizing.

The characters are also fairly likable. There’s nothing really original here, as most of these characters form various archetypes that you’ve probably seen in other shows, albeit with some added twists. Karl is an interesting combination of childish, brave, confident and empathetic. You’ve got his sister Ariel, who he has quite a good rapport with. There’s the silent quiet brooding Ignacio, and of course, the misunderstood Clare Cruze (who serves as the female lead and love interest of the story). The cast of characters is actually pretty diverse, and most of them definitely leave a lasting impact. 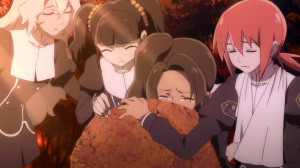 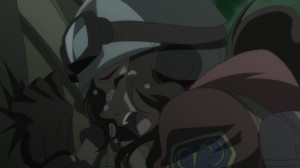 The lasting impact is important, because there is a lot of death in Toaru Hikuushi e no Koiuta. Beyond just being a romantic love story, a story of discovery and adventure, the series also touches on the rather harshness of war, and the price that people pay as they see their loved ones go into battle. Very few characters safe in this show, and some deaths will happen suddenly and violently, giving some serious whiplash in a way that will keep you tense and at the edge of your seat.

Its a great collection of emotional moments. Toaru Hikuushi e no Koiuta is in many ways a story that’s driven by the emotional bonds and attachments that the characters not only have to each other, but that the audience has to them as well. The emotional beats of the story are all exceedingly well done, and make for some engaging television. 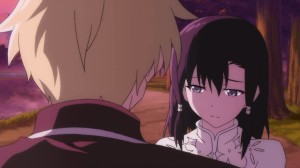 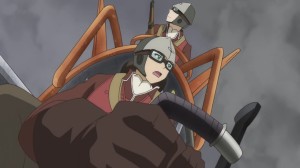 So what then… is the problem? Why then, is Toaru Hikuushi e no Koiuta not an instant classic? Toaru Hikuushi e no Koiuta fails because of The simple issue that the story that the series starts to tell never really completes. The World building , the character depth and the emotional moments that the series so carefully crafts is unfortunately rendered meaningless because there simply is no pay off, both emotionally and just from a mere plot resolution perspective.

In essence, the story feels pretty much like Act one of a much grander tale. Karl ends up going through his first major character arc, learning to forgive, to love and to protect those he loves. Near the end of the story though, his ultimate quest to achieve the things he wants, to create a great future and rescue the woman he loves… just begin to get under way. 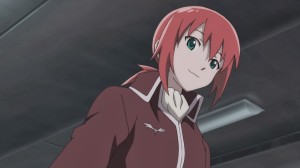 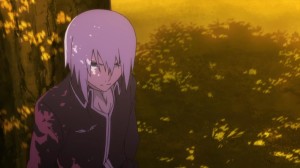 The last two episodes are especially odd to watch unfold, as they begin to cram tons of story resolution through simple exposition from various characters narrating. There’s a clear sense that there simply isn’t enough time to finish telling this story, and the series attempts its best to get as far into it as possible.

There are some neat twists at the end. A key character turns out to be a double agent, another female character has her heart finally broken. Many characters die and leave behind legacies, but unfortunately the series ends as Karl himself heads out to make good on all the potential that the series seems to have been building up to. 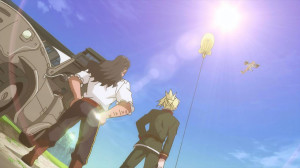 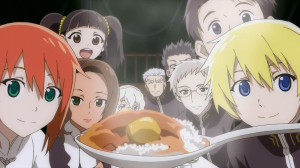 Most baffling of all though, is the fact that the story actually ends the exact same way in the source material which is a five volume light novel series by Koroku Inumura. There no real way or expectation of seeing a continuation or a resolution of the story, and so we are left with a kind of odd ending that isn’t exactly open ended, but simply hints at the big events to come, without actually showing them to the audience.

Some will argue that Toaru Hikuushi e no Koiuta is more about the journey than the end. To be fair, the journey is pretty interesting while you’re travelining. Once you reach your destination, however, its hard not to feel cheated by the huge number of dangling plot threads and the lack of resolution on even the core themes of the story. 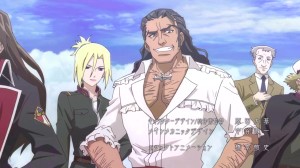 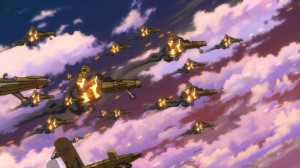 From a production perspective, Toaru Hikuushi e no Koiuta is a bit of a mixed bag. TMS Entertainment does a stellar job with the visuals, creating a very rich, lush and visually appealing world that’s easy to get lost in. The problem, unfortunately, is in the considerable restraint that the series shows when it comes to action. Since this is an aerial war/combat series as well, there’s a good lack of really cool dog fights or aerial battles that would stand as memorable. Most of the big battles are reduced to a smaller bunch of characters playing a key role in what is seemingly a large scale battle of epic proportions.

The animation and art direction, much like the story, can only give the illusion of grandeur, not actually go the final few steps and achieve it. Again, given that this was a 13 episode series, its actually quite commendable to see how consistent the production actually is. Perhaps the more important point is that the production and animation never feel as if they’re of low or sub par quality. There’s just not an element of greatness here unfortunately, and combined with an already unresolved plot, its harder to ignore. 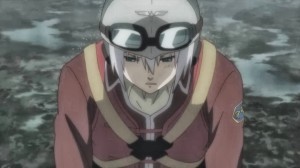 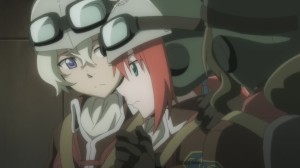 The sound work, on the other hand, is pretty great. Again, seiyuu performances are exceedingly well done, as they always are in anime these days. The music is also pretty great, with a sound track that is more bright, cheery and gives a real sense of discovery and adventure while keeping a sense of fantastic and mystical.

At the end of it all, your mileage with regards to Toaru Hikuushi e no Koiuta will vary greatly based on how much stock you put in resolution. If you’re someone who feels like the whole is worth more than the individual parts of a story, then Toaru Hikuushi e no Koiuta will be pretty great. If, however, you find yourself increasingly disappointing by the shocking amount of shows these days that don’t resolve their stories, then this series will be yet another disappointment. 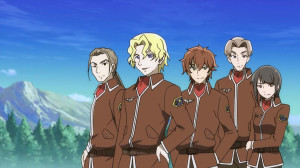 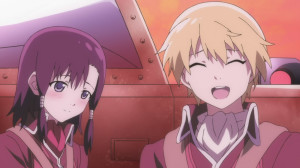 For a great world, interesting characters, and a ton of potential, and with a heavy heart we award Toaru Hikuushi e no Koiuta with a B- Grade. We can only hope that some day either Koroku Inumura himself or another studio will revisit this story, and give it the proper ending and attention it deserves.