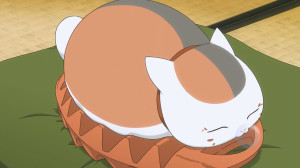 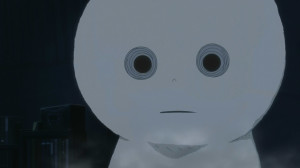 At least for me there really is nothing quite like Natsume Yuujinchou. There are great series in a variety of genres, but this series has always felt unique to me. This OVA was really just like any other episode in the four seasons we’ve gotten and there’s no better compliment than that. I could end up just spewing cliches all day with how true to form this episode felt. It might not have been the best episode of Natsume I’ve ever seen, but it was definitely an enjoyable one.

Certainly not a bad time to have a winter episode. The snow has just finally left (for now) so now snow can be a nostalgic thing instead of an existence that makes walking anywhere incredibly difficult and dangerous XD. Was certainly funny how Natsume’s original thought that a snow woman might appear ended up being surprisingly accurate. Sure it started off with a giant snow blob, but did end up as a snow flower XD. 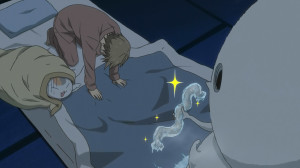 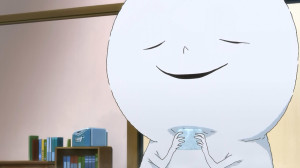 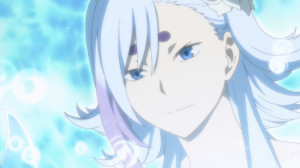 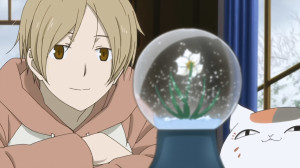 The snow flower or just Fluffy, early on was a dangerous character just by pure existence. Sure it makes sense to make everything around her cold, but kind of a scary thing. Though in this case it was more Natsume recklessly putting himself in danger despite getting warnings on what would happen. Sometimes cautious is best and yet Natsume can’t leave things alone once he is invested in it. As the episode went on clearly snow flower started to understand the situation better. Didn’t quite get it with the freezing of the scarf or anything else, but Natsume was another thing entirely.

I think the fact that this was connected to memories was a major motivation for Natsume. He’s certainly had story arcs where his own memory was key. A character who has gone through some tragic times and because of that he really suppressed a lot of things that now he’d rather remember. Sadly as we’ve seen memory isn’t the easiest thing to deal with. Just because you know something matters and you’d rather remember it doesn’t mean you will be able to. Understandable that once Natsume really felt how deep that desire was that he couldn’t help but get involved. 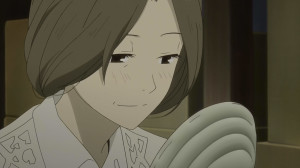 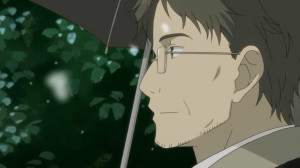 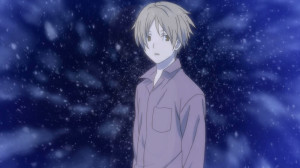 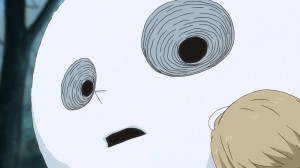 It was just nice to see some of the cast again. We didn’t see everyone, but that makes sense since trying to cram everyone in would take away from the story itself. Touko of course was the sweet parental figure she always is. Certainly her and Shigeru really are a miracle for Natsume who went through a series of bad living situations before he arrived here. Just two good people. Nice to see those brief family moments with the three of them.

Of course Nyanko-Sensei was his hilarious self as always. Ready to help Natsume in dangerous situation, but also always ready to drink when the opportunity presents itself XD. He was a bit more needed for explaining the snow flower when the truth became apparent, but he doesn’t always need to be the central figure in a story either. Just remains an important part of Natsume’s life.

The story itself was simple enough but a nice one. In the end the important things aren’t always something you look outside for. The answer for the snow flower was within the whole time. A sad existence though. Lives all the time searching and knowing it has to keep searching only to bloom and soon disappear. Maybe it wasn’t sad for the flower since that’s just how its lifespan turned out, but of course for Natsume it is a sad thing to see. Just ties into the long term realities of this series. Someone like Nyanko is going to long outlive Natsume and that parting no matter if it’s after a minute or a decade is still going to sting. At least in the end the snow flower did find what it was looking for and had its moment to shine. 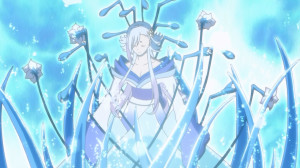 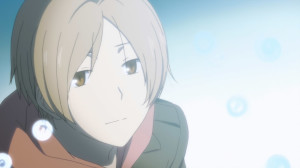 In the end this was just another good episode for Natsume just coming out of an OVA. It wasn’t the greatest of episodes, but it was just another good one. Does leave you with that desire to see more, but sadly until we get another season this is all we’ve got. I’ll take whatever Natsume we can get. It’s hard to really put into words how good these episodes are. They just tell the simple stories but ones that are emotionally driven. It is the simple things that really matter the most in the end. I’m glad for another Natsume episode as a reminder of the good times before we go into the unknown of the Spring Season XD. But anyways, I’m glad for this OVA since it was another nice story to tell.
Score: A