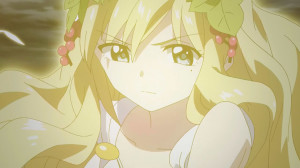 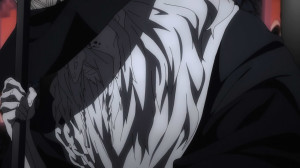 I certainly think that when people look back at this second season for Magi they will think it did a good job redeeming its first season. Not that the first season didn’t have some moments and certainly had better balance when it came to seeing the main characters, it still had a lot of issues. This season seems like it worked a lot harder to be loyal to its material and just told its story regardless of the fact that it could have given into temptation to change things up.

We certainly got our fill of action in the past few episodes so it’s not that disappointing that in the end it came down to talking to really resolve the problem. Kind of figured that Aladdin was going to need a chance to shine since firepower still isn’t his strongest talent. I suppose you could say all the fighting finally gave them a chance to strike at the core of that thing. But even still, kind of scary that even with all the power they had to use it still wasn’t enough to outright beat that medium. Makes the threat of Al-Thamen all the more unsettling because if they can actually pull that thing off even the perfect assembling of firepower might not be enough to stop their wish from coming true. 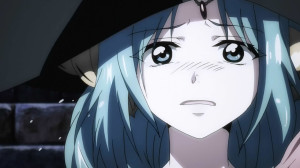 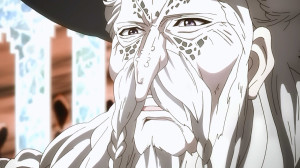 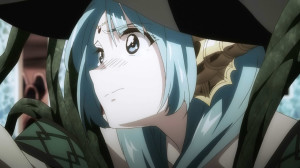 I’m a bit on the fence really for this redeeming of Mogamett. I mean sure he did some good things (for magicians), but it doesn’t exactly erase all the crimes he committed either. How much does it mean really to only finally understand how big a monster he had become? Suppose he’s taking some responsibility looking after the souls turned into black ruhk, but all it’s doing is overseeing a group that currently has no hope of redemption. Perhaps Aladdin can figure it out, but it’s going to take some time. I’m certainly glad this guy doesn’t get to come back to life since he frankly didn’t deserve it at that point.

Suppose I should cut him some kind of slack since he did turn it around mostly at the end here. Mogamett certainly understood where he went wrong and did leave a message that hopefully will start to turn that country around for the better. Better than how he could have turned out at the very least.

I did feel some sympathy for Yam since she was losing a father figure there. Sure, a father figure that went way down the wrong path, but still pretty much family. The backstory isn’t all that surprising there. Yam being taken because she was in danger. Mogamett was at the very least good at saving young magicians from a terrible fate. Certainly his fears of her leaving was like a self-fulfilling prophecy. He kept secrets from her and eventually the partial truth was too much. 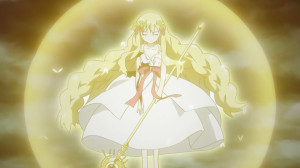 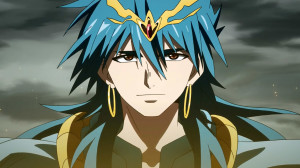 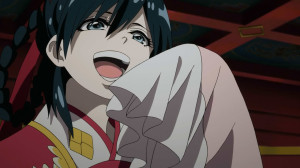 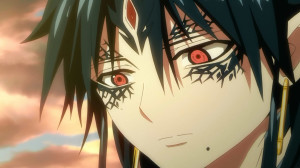 The political shift here was pretty big though. The Seven Seas Alliance and Leam joining up is definitely going to shake up things. Pretty much limits what the Kou Empire can do in a lot of ways. If they wanted to take on Leam they certainly can’t do that easily now. Fighting Leam and Sinbad would pretty much end up blowing up in Kou’s face. It’s a decision I’m not surprised about from Leam as well. They lost a major figure there and I could see how Scheherazade would feel that’s the best thing. To consider the state of the world on top of the situation with Leam.

The situation with Scheherazade and Titus was pretty huge. She left the stage while giving everyone the strength they needed to keep on fighting and I still don’t think that sacrifice was in vain. On the other hand Titus gets his chance to come back and this time with way more than a limited lifespan. This does give us a better understanding on this whole magi system. Ugo’s head is seemingly running the reincarnation show there. Titus’s spirit seemed to get the nod from everyone and was sent back. Good for him and good for Marga. Titus found his strength and helped save a lot of lives so he certainly deserves it. Scheherazade had a really good run and I think it’s right for her to rest. Have another young magi out there, but one with a good heart.

Certainly seems like Hakuryu has gone dark with the end of this episode. Maybe he feels that this team-up is the best way to go about things. Certainly he can’t stand up against his mother as things stand. I’m just not sure it’s going to end well for him at all. He may have a chance to kill her, but it might just lead to the end of the world or something like that. Nice of him to help out though…I mean seriously that guy needs to get his head on straight. 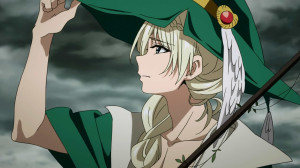 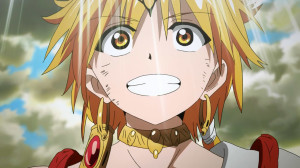 One nice thing was seeing the main trio back together though. It’s been a bit of a tough season with so much of the focus going directly on Aladdin and losing Alibaba and Morgiana for most of it. At the same time they are back and I’m glad to be able to say that. We might be in for a really long wait considering where the manga is for another season, but hopefully we’ll start it off with the main cast together and not running off on their separate trips. Maybe hoping for too much, but that’d be nice. It almost didn’t feel like a last episode with the group reunited. As if this really is just the beginning for them. But it is the last episode so that’s just what we’re left with for now. 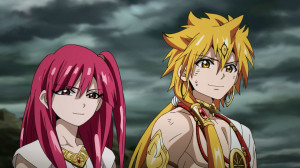 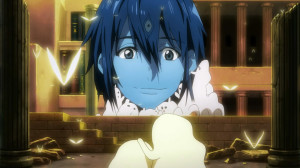 In the end the second season for Magi was a pretty nice trip. We really dove into the world of magicians in this season and everyone really had a chance to grow and mature in terms of strength. The world has only gotten more complicated in this season as we now have a better understanding of the main forces at work. Even now though Alibaba and Aladdin seem like small factors in comparison to guys like Kouen and Sinbad. Not that they didn’t play major roles in this struggle, but they still don’t have the power base to really be a factor in the political side of things.

Action wise this season really went out with a bang. Not only did Alibaba finally achieve his djinn equip, but he was more than capable of helping out here. We got to see pretty much every single metal vessel holder out in action and a few of their household members. There are a lot of powerhouses in the world that’s for sure. Of course we also saw how powerful something like those mediums are and how crucial it is to keep Al-Thamen in their place. Which might be tougher since they are pretty much running the Kou Empire. 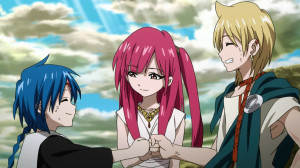 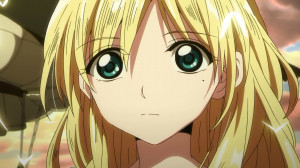 In some ways this season was tougher since Aladdin honestly isn’t that interesting of a character. They did give us a lot of new people to focus on, but when you compare them to the characters we were missing they didn’t matchup that well. We did still get some nice moments and Aladdin really did grow in this arc. We also saw how dark people can get and how far a person can fall from where they started. Mogamett really showed how good intentions can become utterly corrupted until you become a monster the old you wouldn’t recognize.

As a whole I really enjoyed this season. Had some good laughs and really the end was worth everything we went through to get there. The next season is bound to have a lot of key reveals though it’ll be a long wait likely. No doubt Kouen will do whatever he can to get the full story out of Aladdin and honestly that’s something I’m curious about also. If they can keep up even this level of quality in the future I’ll be really eager for more Magi down the road.