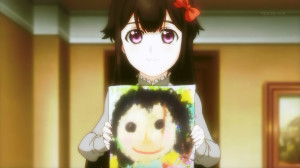 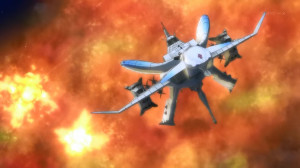 While this series can definitely be predictable at times, it still manages to do a good job living up to my expectations of it. This was a pretty good infiltration mission that ended well. This was one of those episodes that advanced the story in several respects and slowly is piecing things together. Though one big development for Hina might not even be as obvious unless you were really paying attention.

At least now it makes sense how they weren’t found out. The disguises only really needed to come in handy for getting close to the building they wanted while everyone was running around in a panic. It didn’t need to be a perfect disguise just not look suspicious to people who were already distracted. Maybe a bit too flashy, but it was a good chance to do some serious damage to an Alliance base while trying to capture some important tech. 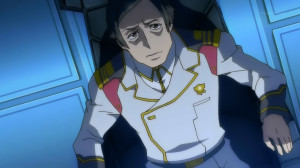 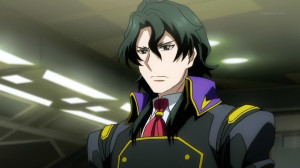 What surprised me most in this episode was that the mission worked. Maybe it shouldn’t be surprising since Zogilia honestly has constantly been ahead of the Alliance in battle tactics. It didn’t seem like a bad plan really. Cause a great deal of havoc which draws attention to the port and leaves fewer guards for the coupling mechs. As well with all the chaos of battle it’s going to be harder to stop Zogilia from taking what they actually came there for.

I’m actually a little disappointed in the Cygnus captain in this one. He’s certainly not an idiot so really how could he not suspect they were going for their mechs? They’ve been stalking the Cygnus all this time trying to capture them and it didn’t seem at all possible they were here for the same reason? But sadly you can’t think of everything, especially during a crisis like that. 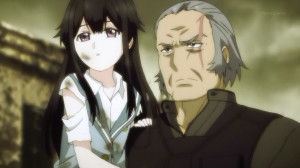 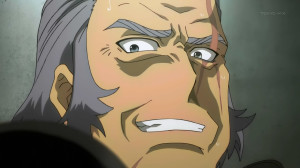 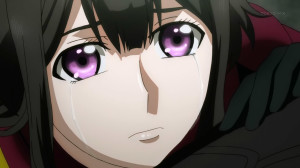 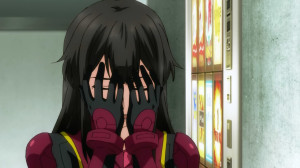 Honestly the biggest plot development is probably around Hina. I’d heard some suspicions that she wasn’t the biological daughter of her father and that was confirmed here. It didn’t seem too surprising since we never saw or heard about her mother. I don’t think it changes that they grew up as family and he’s the only father she’s ever known. I’m sure she stuck around in part because she still has the feelings that made her a solider in the first place. Just because she’s more or less adopted doesn’t change the fact that he was her parent.

But the key thing was how he found Hina. Honestly I was prepared to write it off as just being a common war victim. I mean that kind of thing happens, nothing too unusual about the soldier picking up a child and raising her as his own. The huge part was what she was wearing though. A tattered and shrunken down version of her school outfit from the first episode! This may actually answer where exactly Hina went when Aoba went to the future. I’m iffy on it because Bizon and Aoba never showed any aging after passing through time, but clearly Hina was wearing the same outfit. No memories on top of that makes it possible. Hands up in the air about the clothes, but possible that this girl really did live there and Hina kind of merged with her or something. 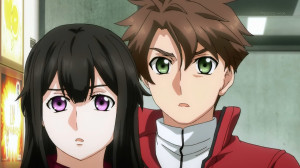 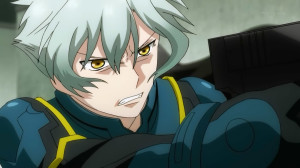 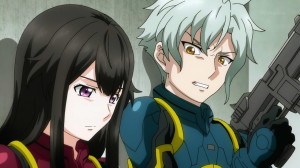 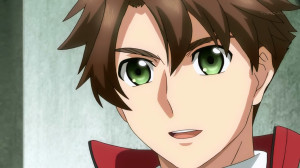 This does help close the mystery of the time loop to some degree. Although it opens up even more questions at the same time. So Hina went to the future, and lived around Aoba, then she saved him when Bizon attacked, the passing through that time tunnel where Aoba went on to the future and Hina went just far enough into the future to merge with the Hina living then, her father raises her, she joins the military, then meets Aoba and eventually goes back to the past to save him. That’s a seriously long sentence. If I’m right about the merging this might actually explain how things got started. If Hina was still in that town her father found her in then he could have raised her like he normally did. Then eventually the coupling mechs are stolen, somehow those time disruptions are created and Hina is sent into the past where she meets Aoba and takes him to the future perhaps by accident. There are still questions, but at least it’s making some sense now.

Complete sympathy for Hina in this episode though. Her father dies and she has this huge bomb just dropped on her. Of course she’s left in complete confusion at that point. Honestly I think she would have gone with anyone who dragged her away she was so off. Of course this wasn’t the time for her to make that kind of major change. Her father was the core of the reason why she joined the military that’s true, but she still joined and has grown up within Zogilia. She still has people she cares about there and friends. Not quite the time for her to switch sides all of a sudden and you could see that she was struggling to come up with reasons not to go with Aoba. At the same time I think her at least choosing to go with Aoba isn’t far off. Bizon is definitely going to start losing it and that friendship seems on the road to destruction already. 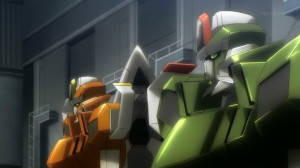 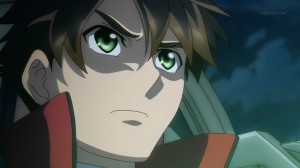 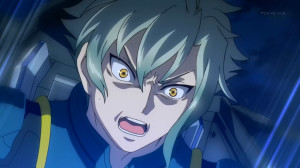 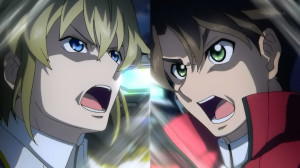 With all the Hina stuff it’s almost surprising that a lot of other things did happen. Like Zogilia actually stealing our main characters mechs. Actually pretty surprising that they managed to steal those things. This does give Zogilia the tech they wanted and could very well lead to those strange units and suits we saw in the first episode. A total blunder for the main cast.

This did force Aoba and Dio into those first-gen suits that clearly weren’t the best things to be using. They did manage to use the coupling system, but had some very interesting consequences. It did appear that Dio and Aoba actually shared their memories. Not out of the question with the kind of tech we are talking about. This could lead to a major shift where Dio actually starts buying what Aoba has been saying from the beginning. I don’t think those suits are suitable to use full time going forward, but they did serve their purpose. They are just too risky and seems like they could actually lead to the brainwaves merging outright and that’s full of dangerous consequences.

I’ll also give honorable mentions to Hina’s father going out in style. Nothing like a good old grenade trick and taking the enemy with you. They might have oversold the Alliance soldiers being jerks (shoot again just to be safe), so you don’t feel sorry for them, but it was still a good scene. I’m sure he regrets having to drop this on Hina in a crucial situation, but couldn’t just let her go on without knowing the whole story. 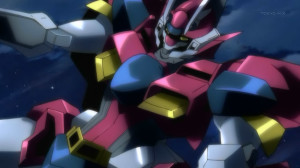 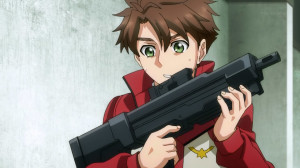 Overall I’d say it was a great episode. A pretty chaotic situation, but it really pushed a lot of the plot forward. Now we have a better picture of what has happened and can see Bizon starting to go down that dark path. He’s got half of Aoba’s name, just needs the rest of the story before he can go really crazy.
Score: A+