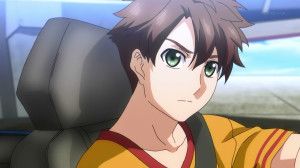 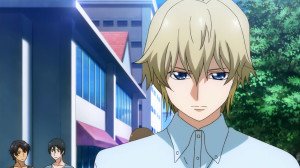 Not surprising this really was an episode about family and those relationships. A lot of focus going to Dio and his father, but also Hina and her father along with Aoba and his to some degree. Certainly those parental relationships are important and this was a good way to learn more about the cast. That in itself was a good way to turn these more into people you can understand better.

Of course there are downsides as well. Such as how Aoba became incredibly annoying to me early on in this episode. I get his father’s death left an impact on him and the fact that his family has been lost to time also is key, but it was a bit annoying with him pushing himself into other people’s situations. I mean Dio’s mother was killed in the war and his father puts some blame for that on Dio, that’s not something so easily smoothed over and certainly not something an outsider can force his way into. I mean it’s good to try and fix relationships when possible, but sometimes it’s not something you can force because you want it to be different. Aoba trying to force his ideal image of family onto others just came off as pushy and somewhat annoying. I’d be right with Dio in getting out of the car because it was going to turn into another brawl at that point. 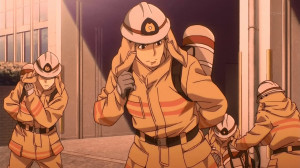 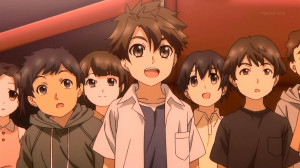 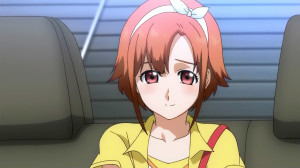 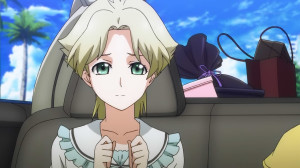 It was good to see Fiona again of course. She does have the rough position of being stuck between all the sides involved on this. From her father’s issues, to Dio avoiding them, to Aoba trying to force his way in. Props to Mayuka for just inviting her along for the shopping trip since someone had to be rational here. Definitely a better way to spend their time taking it easy and forcing Aoba to carry some packages than picking a fight with the wealthy businessman.

I do kind of feel bad for Mayuka since it’s obvious that she is getting more interested in Aoba, but his attention just isn’t there. Hard to beat the initial impact of the beautiful girl who saves your life, takes you along in a giant robot and gets you to the future. Mayuka might be a cute and helpful person, but that’s hard to top. She has shown herself to be a valuable presence though and did in a sense save Aoba’s life by convincing him to come along with the Cygnus. Her question at the end about Aoba going back or staying was a tough one to answer. Honestly I think if most people asked he would have had a much easier time saying he’d prefer to go home. But Mayuka had that look that would make it hard to respond that way.

In that sense it’s hard to blame Aoba for leaning that way. He feels that need to protect his family and obviously wants to see everyone he knew. Really it’s not a fair comparison. From a future that is in the middle of a world war to a pretty peaceful past with friends he’d known for years. Still there is the pull of the future and the good people he’s gotten attached to. In a sense it’s also tough since the longer he stays the more responsibility he picks up to not just leave everyone hanging. Dio’s practically forced to stay partnered with Aoba since otherwise he’ll be stuck with a lot of re-training that might not even work. 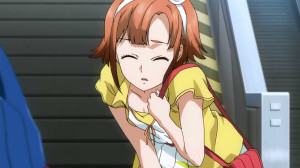 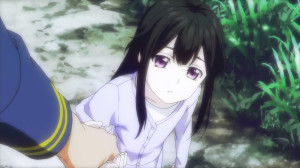 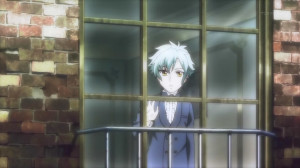 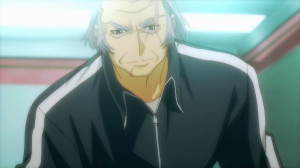 We did get some nice time with Zogilia as well. Not surprising that they are going with an infiltration mission. Very Gundam Seed XD. Honestly Zogilia always seems to try things more creatively instead of how it is with the Alliance. There they are practically pulling teeth just to get them to accept a badass system that could win them the war. It does seem somewhat risky for Hina to go along with how well Aoba knows her. But at the same time I can see how they came to that decision. It’s a chance for Hina to prove her loyalty, she has the best knowledge of that machine and how to operate it, and really she shouldn’t be that easily identified. They don’t know that Hina and Aoba spent all that time together on the island. Far as they know the only thing they know about her is that brief camera picture that came up when Aoba cut open Hina’s cockpit. Probably not something that will be passed around the crew so she should be able to move around fairly safely. Since she claism that Aoba and her have no connection even that shouldn’t be a risk. Of course it is a risk since we know the actual situation.

This was another chance as well to see the backstory with Hina and Bizon. Needing to explain how long they’ve known each other so it makes sense that he’d go absolutely bonkers in regards to what happens next. It’s easy to see that Hina is still really conflicted here. She has a pretty good relationship with her father, but hard to tell him about what’s been going on. Aoba is on her mind and of course there isn’t a soul she can talk to. Even Bizon wouldn’t really understand and might get pissed off more than anything. Now she’s put in a situation where she’s very likely to run into Aoba again, not the easiest thing.

I guess it would be right to discuss how things stand with Dio and his father. They seem to be closer ot the same page though obviously not openly getting along. Sadly Fiona will just have to be the excuse for them to spend time together. It is nice to interpret that Dio’s father is also worried about losing his son to this war like he lost his wife. Sadly if that’s the case he’s done a horrible job showing that and to this point has been pushing his son away. Dio does have a lot of faith in Aoba despite their tendency to argue and I’d feel bad if that was betrayed by Aoba actually going back. 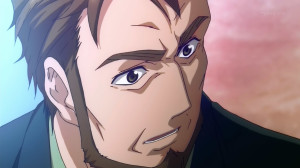 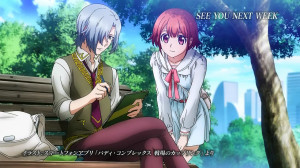 Not a bad episode, one needed to continue fleshing out characters and set up a major conflict next week. Still have to see if we’ll get another season or if they are going to try and cram all remaining plot points into the next 3 episodes.
Score: A-