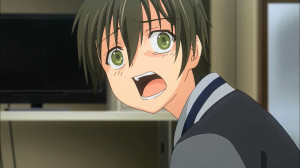 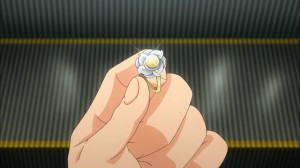 This series isn’t going to make things easy for me is it? I didn’t think there was a chance we would have a calm and relaxing trip into the ending. But even still, can’t say I expected that things would get this serious and this crazy. Roller coaster is going at top speed and I expect things are going to be completely nuts heading right to the finish.

It’s not like we couldn’t see this coming from last episode. Banri’s greatest fear has literally arrived. I can’t begin to imagine the horror of literally vanishing from the world. Not vanishing physically, but having “you” vanish. Disappearing and in a sense being replaced by a version of you that isn’t you. All of that happening and perhaps no one would notice. I can completely get why Banri was so terrified because that’s been something that’s been in the back of his mind the whole time. What if the old Banri resurfaced and he disappeared? We had all these scares with Ghost Banri, but this was the real terror. Not his body being taken, but something rising up and taking away everything that made Banri himself. Ghost Banri accepting annihilation almost feels like breaking of a dam and Banri getting washed away by the resulting flood. 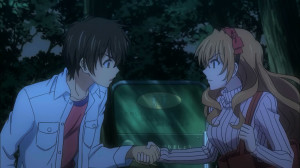 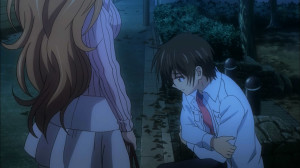 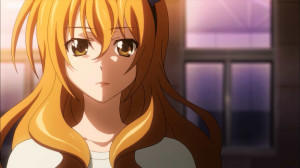 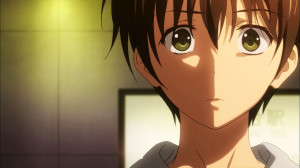 Can’t say I love where things are going, but in some ways I can get my head around it. The battle for Banri and Kouko has been connected to Banri’s past. Now the past Banri is literally coming back in full and the struggle will be regaining the Banri that we’ve seen this whole time. The end result likely will be some merging of the two Banris, but I just hope that the one we’ve seen this whole way will still be there. I’m sure that recording that Banri had Chinami take will be crucial to recovering Banri or at least motivating Kouko to try and get him back. Funny to say all this since he hasn’t officially disappeared yet, but it’s bound to happen soon.

Kouko’s actions at the end were surprising, but only for a short period. Kouko has always been the type to respond based on her instincts. She really wanted to stand by Banri and wanted him to stand with her against this. Not hearing the whole story but only hearing that Banri ran had to hurt. The crucial information she doesn’t have is that her name has been what has saved Banri twice already. Out of everything, it’s Kouko that Banri doesn’t want to lose and that’s such a powerful pull for him. Kouko may just feel like they have no hope here and if Banri is going to run and disappear then she has to start moving on and shouldering that pain. With the feeling that Banri is running Kouko may also be running in her own way.

This hit though will likely be what knocks Banri down and allows the previous Banri to assume permanent control. It’s going to be really painful to watch since honestly past Banri…really was sad to watch. Banri has his moments, but he’s never quite that weak. If we have to stomach this guy for most of the remaining episodes it could get painful to deal with. Still, there is no moving forward otherwise and sadly we’ll need to endure this. 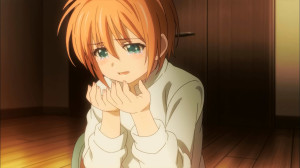 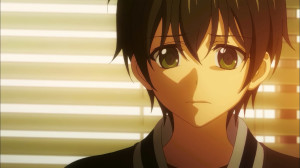 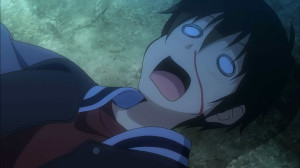 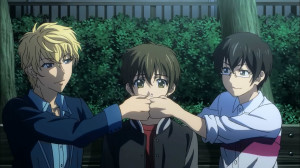 There was of course more going on than just Banri stuff. Chinami really got one of her biggest moments in the series with just explaining herself and how messed up her situation had gotten. She really didn’t understand her feelings until she saw Mitsuo moving on and pursuing Linda. I still don’t think she was wrong to shut him down at that party, a confession motivated almost by a desire to spit Kouko and in a really bad atmosphere for one. Then Mitsuo started running and making it hard for Chinami to spend time with him. But at a point it did become Chinami’s issue when she started to get her feelings and transferred her frustrations to Banri.

I still feel that Chinami has a good chance here. Honestly Mitsuo and Linda doesn’t feel likely to really happen to me. And now I think Chinami and Mitsuo can really be on the same wavelength after all that’s happened. It’s just on them to realize things and for someone to make a move.

I was glad to see Mitsuo and 2D-kun standing by Banri even if they couldn’t fully grasp the situation. They’ll have to grasp it soon of course if current Banri does end up vanishing. They made the choice to try and find him and that’s exactly what they’ll need to do. It’s going to be up to them, Chinami, even Linda and especially Kouko to get Banri back. I just hope things turn out for the best since the worst thing after being on this ride for so long would be to see it end in despair. 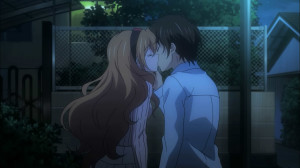 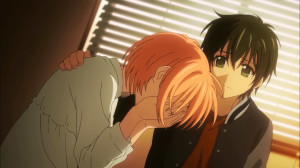 The next episode is probably going to be really hard. The preview didn’t look bad, but I have no expectations that this will be easy. It’s going to be really rough if we have to stomach a lot of old Banri, that guy was just such a whiner. They’ve only got a handful of episodes left and now is the time to see just what kind of message Golden Time is going to leave behind. Crossing my fingers that it will be good.
Score: B