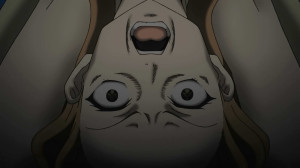 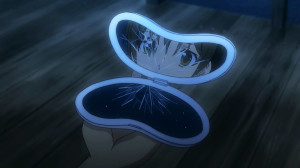 I don’t know if the roller coaster ride is over or if the series is just stringing me along before throwing out a major surprise. As a whole this was a pretty solid episode. It was a good chance for Banri to go home and re-connect in some way with people from the past. Honestly this whole episode had me a lot more worried going into it than it had me during it. There was a bit of a surprising flashback kind of thing at the end but honestly it wasn’t anything too worrisome.

They’ve been building up for a long time the idea that Banri was going to regain his memories. It’s just happening at a time where he finally made the declaration to face them. Long as we don’t have possession Ghost Banri around that thought isn’t too worrisome. At this point the Banri we know has settled enough and built up his own identity. Gaining memories shouldn’t overwhelm him long as the Banri we have now is at the top of the pile. May be a bit hard remembering all the bits concerning Linda, but dealing with that will be an important part of his development so that’s fine. 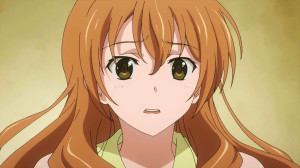 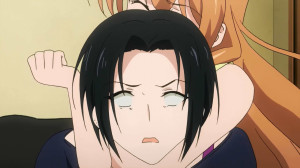 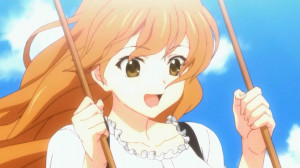 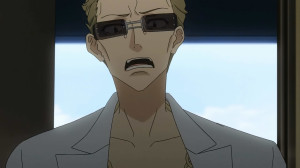 I can’t really talk about this episode without tackling the Kouko bits early on. She is a main character so of course needs to get some attention…but wow that was strange. I suppose it wasn’t that out of Kouko’s character to go around Banri’s place and sniffing things. Heck probably more people would do that than they’d actually admit since it is pretty…odd. Though the exorcist bit was pure hilarity. Especially since I’ve been calling for one of those for several episodes now XD.

While I feel a bit bad for Nana it was fun to watch Kouko almost choke her out. Somehow her subconscious decided that if Nana couldn’t keep things quiet than the only solution would be to silence her…permanently. I don’t think it was a nice move by Nana to pull that “scare the life out of Kouko” bit, but Nana kind of is allowed to get away with anything she wants in this story. At least we got to see just how mobile Kouko can be in exorcist mode XD. 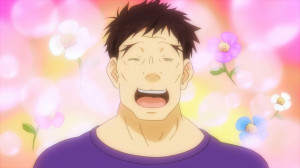 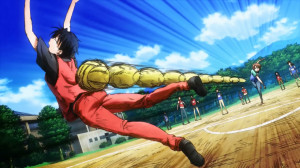 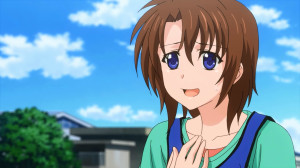 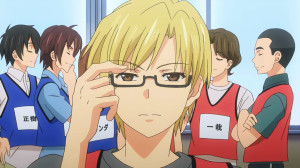 Not that much to say about the reunion. I mean it was nice enough. You can tell the people went the extra mile to make sure Banri felt comfortable and welcome. While no one can really imagine what it’s like to just lose all your memories people can sympathize. That’s an intimidating situation to walk into. I figured the dodge-ball uniforms really were just a more subtle way to identify than with name-tags. Though really with reunions I wouldn’t have been surprised if they just wore normal ones anyways. Depending on your class you really aren’t going to remember everyone. Of course Banri’s class seemed unusually close so I guess this subtle idea made sense.

I can see where Linda was coming from at the end as well. Banri did have the feeling of being a survivor that wasn’t thrilled at having survived. Understandable since he was pretty much a blank slate. There wasn’t a lot anchoring him. What keeps people from doing crazy stuff often is what they have to lose and Banri didn’t have much to lose in the early part of the show. Kouko and the friendships he built gave him a base that he could be comfortable on and eventually step forward. Now he’s ok being Banri and all that entails. I’m glad for him since he’s been through quite a bit. 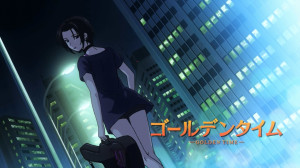 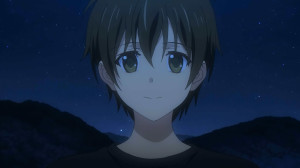 I just hope the series isn’t being overly dramatic with the fractured mirror thing. Calling that a protective charm and then having it damaged is kind of unsettling. I’m pretty confident in how things will turn out, but you just can’t tell what kind of trials are still ahead. Banri and Kouko’s biggest test is likely still on the way. I’ll just hope that things turn out well and that a whole Banri can move forward. The preview didn’t seem too negative so I’ll keep my hopes up. Seems like this will be a good chance for Banri and Mitsuo to come clean about everything along with seeing more Chinami.
Score: A-