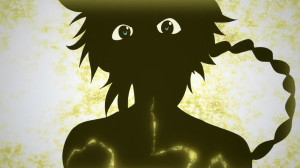 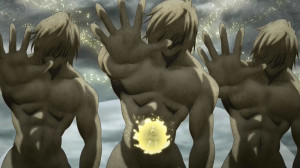 I will say props to Aladdin for holding his ground here. While personally I’m not a huge fan of Magnostadt, I can’t exactly blame him for wanting to stand up for the good people that are living there. Mogamett honestly fails as a ruler, but the idea of a place for magicians isn’t a bad thing. Back and forth conquests, never ending wars, that is going to cause a disaster itself at some point. Having a place where people who are different can live on their own terms has some validity. The problem is whether they can change that country. Honestly just not having pressure put on them isn’t going to change Magnostadt for the better. Someone fresh has to take over and have new ideas.

Still it wasn’t a bad plan in order to stop this war without having more and more sacrifices. Just washing them away in sand is a good idea. Just the exhaustion of having to start from scratch is effective. You struggle so hard to get somewhere and in the end it’s nothing at all. That’s a good mental blow. Of course that only counts to the regular soldiers and not exactly people like Mu who are determined, loyal and powerful. Honestly we’ve seen this kind of thing from Morgiana. She’d go through a wall for Alibaba and Aladdin, and just like that Mu will go and do anything for the one he owes everything. That’s a scary level of loyalty. 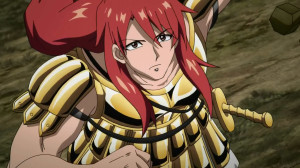 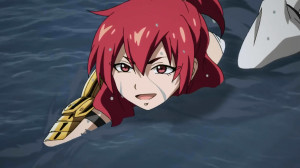 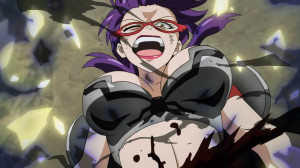 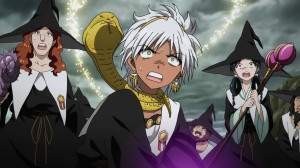 The second round of this battle was plenty entertaining. The Fanalis corp are beasts and it was somewhat fun to watch some of the cocky magicians getting owned. I know they aren’t all bad, but I really don’t like that country of theirs XD. Suppose there is an irony on pulling for the beast like Fanalis to attack the elite magicians who are being trained to treat people like animals. It does show how utterly powerful they are able to break through borgs of average magicians with ease. Still have to give some credit to the magicians for the whole water and electricity combo they pulled off. Even Fanalis have a hard time dealing with that. Only the truly elite of their group were able to shake it off.

Does show a scary combination between household vessels and Fanalis. Just able to shoot down the magicians from the sky without any problem. Even the teacher wasn’t able to hold her ground when Mu moved in to support the others. Without Aladdin they would have broken through the second barrier without any problem at all. They were just that dominant and that powerful. 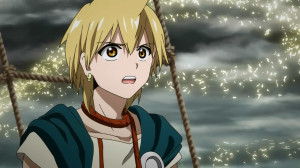 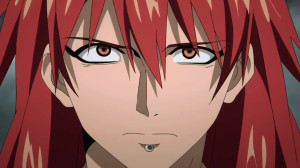 I do wonder what is going to happen though. Honestly Aladdin doesn’t look right. The effect of suddenly regaining his connection to the ruhk could lead to anything. His body might not be able to take the sudden gain of power here. Honestly no one knows the effect this might have on his body. And he’s not going to get a chance to rest either. Mu is determined to conquer Magnostadt and he’ll use the full power of his metal vessel to do it. He uses a djinn equip and even Aladdin might have a problem. Right now that 1v1 battle is the key to the war. If Aladdin falls then Magnostadt may soon follow.

Of course I expect now is the time Alibaba will step in. I wondered where he was but he was just hanging back with the boats. Makes sense since he wasn’t sure Aladdin was there and didn’t want to get involved in someone’s war. He’s an outsider, it’s not his business what Leam or Magnostadt do to each other. But if Aladdin is in the fight now it is his business. He won’t just let his friend get messed with. Might be a good time to see if he’s finally mastered his djinn equip. 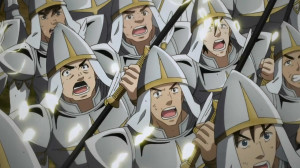 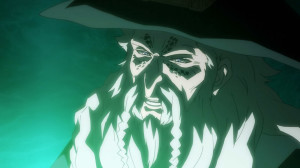 As a whole the episode was good. A big shocker for everyone that Aladdin is really a magi. I’m worried what might happen though. He can’t just casually return to Magnostadt after revealing that. I don’t trust those people not to do something to him even if Mogamett loves all magicians and thinks of magi as being the same as them. At the same time Kou still hasn’t made a move and you can’t think they won’t. Even if Aladdin wants to end this war without casualties…is that even possible? If Kou attacks at the same time some sand waves won’t be enough to settle things.
Score: A