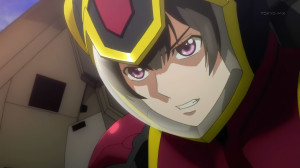 Seeing where we’re at I’m plenty curious how things are going to change between Aoba and Hina. We’re about as far away from the Hina we saw at the start of this series as we can get right now. Though none of it is all that surprising. It’s just amazing to think that Hina is going to go from near Bizon levels of obsession to actually being willing to jump into the past to make sure Aoba isn’t killed.

I suppose the only thing that is throwing me off is Aoba not cluing in on the fact that this Hina isn’t yet the Hina he met. I mean sure he came out of the time tunnel here so maybe he expected she came out around the same time, but clearly actions aren’t matching up. Really should comprehend that this Hina doesn’t know him yet. Of course if he did then it might be a bit calculating for him to try and approach her. As if the only reason he’d approach her would be to make sure she goes back in time to save him. Maybe a bit of stupidity is better than a main character that would be less likeable. 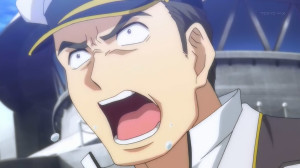 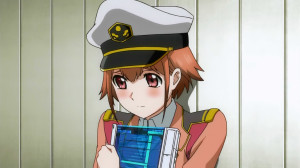 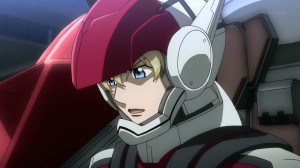 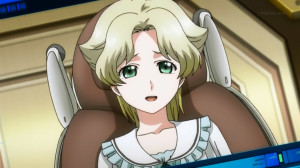 This was a good episode to get some more insights as to Dio’s character. Thought it was just about the family prestige, but it’s something else entirely. Dio harboring a lot of guilt and self-blame for being unable to save his mother and Fiona’s physical condition. Not helped by the fact that his father is an idiot. Yeah Dio should have just killed his allies so they wouldn’t have gotten in his way and destroyed a vastly superior military force….His dad really seems to be the typical rich idiot. Just sits back arrogantly while other people fight to keep him safe all the while blaming them for not doing a perfect job.

At least Dio’s sister is likable. Carrying her own troubles for what Dio has to go through. Was a good thing to try and go see him. Probably doesn’t get many chances during this war especially since I don’t see Dio being the type to take a vacation. He did need to hear words of forgiveness. Even if there isn’t anything to forgive it makes sense with Dio’s mindset to deliver those words. It really was a good thing Aoba broke the rules since honestly Dio wasn’t going to get through that darkness without some help from his sister. All in all a nice girl.

There were some other nice moments though. I found the whole “newbie” treatment funny enough. Though I thought the most hilarious thing was Mayuka wearing that hat and trying to be serious. There would be no way I could focus on the other guy in Aoba’s position because it’s just too funny. She really did try to be serious which was funny by itself. Of course it’s a lot easier to laugh at what Aoba had to do without considering the fact that it’d be a pain to actually do it. The party was nice for the brief moment and does show that the crew is a good bunch. Might be in the middle of a war but at least he’s there with good people. 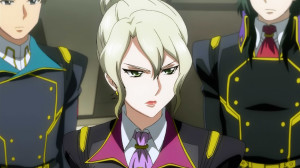 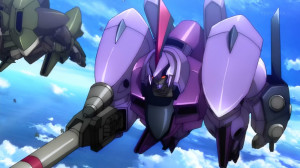 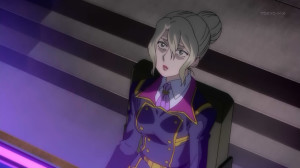 Kind of funny that it’s the Zogilia women that have a rough episode here. The expression when the secret service women’s ship was nearly hit was pretty hilarious. Talks a good game and is plenty arrogant, but when it comes down to it she panics like anyone else. I love how the crew probably bounced back from that near collision faster than she did. Lot of arrogance from someone who can’t back it up.

Rough episode for Hina. She really was fired up to regain her honor and remove all suspicion against her. Not surprising she was pissed off. Sure probably angry at the secret service for putting her through that, but at least Aoba represents an easier target to actually fight back against. Her fight against Aoba was just two people not seeing eye to eye at all. She’s just pissed and his actions only frustrate her more since he’s not fighting back. Aoba is not understanding the situation around Hina and is just trying to avoid getting killed. Going to be interesting to see how they get these two some more time together so they can actually start building a better relationship.

As always the coupling system was plenty awesome. Though with that much firepower they really could do nothing more than run. The alliance seems to be the standard incompetent bunch. Have just seen a lot of losing and needing to run away so far. No matter how powerful Aoba and Dio are they are only two people. Unless the whole military gets its act together they are going to lose this conflict. 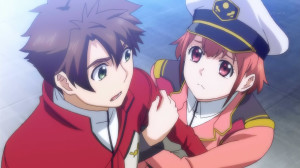 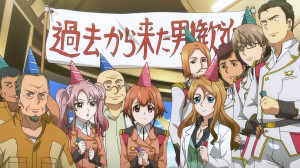 Looking forward to what will happen next. The series remains really solid though clearly the side Aoba is one isn’t having a good string of luck lately. I’m glad that Fiona got out of that situation alright since I was worried we were going to get a repeat of what happened to Dio at the start of this episode. Luckily this group wasn’t interested in attacking civilians so that wasn’t as big a risk. Will likely see more of Hina being obsessed with Aoba, though that obsession is more about killing him than anything else XD.
Score: A