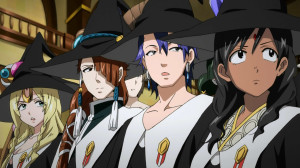 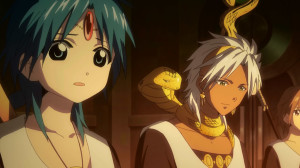 Well this was pretty much a direct continuation from last episode. Showing how a society like this can be created and how utterly broken a person can become. That director really is just utterly broken and disturbing. He can be a saint when it comes to magicians but literally flips the switch into monster when it comes to the regular people. Seems like it’s been this way for him for a long time. He can’t even see the normal people as humans. So of course his whole system is perfectly reasonable. It’s just penning up animals and in a sense milking them in order to keep the paradise above functioning.

Is a bit sad that Sphintus and most of the other students bought into what the director was saying. While they can rationally say they aren’t going to treat the people there as livestock they are doing that by accepting the system. Just putting those people and thoughts out of sight and out of mind so they can enjoy this great magician country. I can understand the desire to make a place where magicians aren’t being exploited, but making it out of a place that exploits non-magicians hardly seems like a good solution either. But it does play into the prejudices and anger that is probably within most of these people. 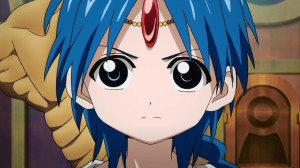 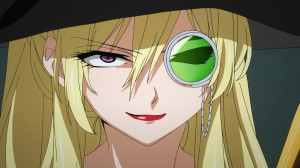 In a sense it wasn’t a heavily eventful episode. It pretty much just continued from what we already knew about the director and had some development for Titus mostly. Aladdin doesn’t accept the system, but that’s enforced by his knowledge of where this sort of system is going to lead. He knows that if they keep discriminating and doing this to the non-magicians then the country will be destroyed eventually.

An interesting development was seeing the dark ruhk at last and at least confirming one person connected to Al-Thamen within the country. There was no doubt that they had their hands on this country in some manner considering what we’ve seen. I do wonder about the connection though since Scheherazade (wow that’s a name) pointed out it’s strange that they haven’t allied with Kou considering the connection. But I suspect that’s because Al-Thamen is using Magnostadt. May simply be using them as a testing ground. Magnostadt has the magical knowledge, expertise, and test subjects laying around to use. They don’t have to waste resources of the Kou Empire. Let them do the testing and then when things go downhill for Magnostadt they can use that research for their benefit. 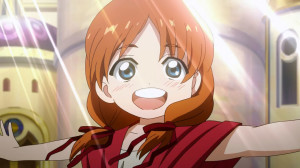 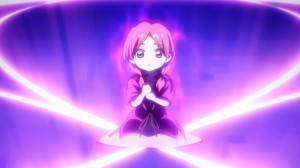 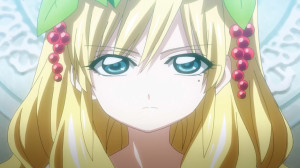 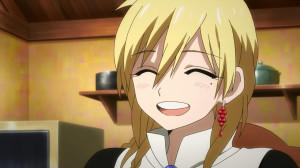 Of course the scenes around Marga are plenty cute. The girl is practically a saint. Getting to enjoy the surface and practically mirroring a lot of Titus’s own reactions upon getting to go around in the town. It was a nice chance for her and I’m glad she got it. Even getting her life extended a bit though how much it’s extended is hard to know. Sad that they have to turn to people who’d treat her like a pet needing a vet, but sadly that was the only option available. Really a kind girl who appreciates all that Titus has done for her.

I’m just worried what the result of this is going to be. Titus has had some unsettled loyalties since getting here and now he may feel pressed to turn completely. For Marga’s sake he doesn’t want to die, but what will he do for that reason and what will be the result of that? I don’t think exchanging Marga for the lives in the Leam Empire is a very comfortable notion. Will see what comes from this and what action Aladdin takes. The funny thing is that director may not even care much if he’s revealed as a Magi. That guy just puts Magi and other magicians on the exact same priority level. 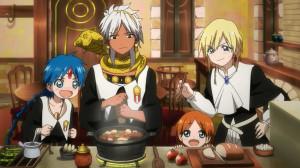 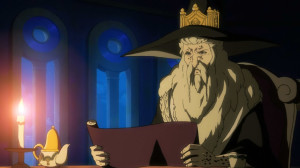 Seems like things will get pretty eventful next week. I doubt if this country has people tied to Al-Thamen that Aladdin can lay low forever. Who knows what kind of price will be involved to keep Titus in Magnostadt either. If he’s been given a recall notice there’s no way to keep the fact that he’s not leaving hidden. Things could really take off and soon. If a Magnostadt and Leam war breaks out that will lead to one heck of a reunion for Alibaba and Aladdin.
Score: A-