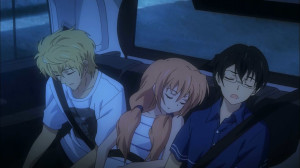 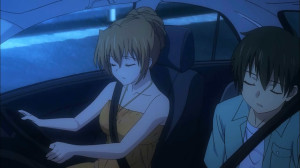 Well this fun trip nearly turned into a horror scene. Not that ending on cliffhangers is anything new for this series, but damn got another serious one this week. The roller coaster is in full motion here and I have no idea what exactly is going to happen next. I fully expect things to continue ramping up since there are only so many episodes left. Still, going to be a bit of a tough week considering how everything ended.

Unfortunately these sorts of things do happen. The weather held them up too long and the weather probably kept them out later than they probably would have liked. Not that they wouldn’t have wanted to use fireworks, but they might have only done that the moment it got dark and then quickly headed back. Instead they lost quite a few hours just waiting for the weather to cooperate with them. 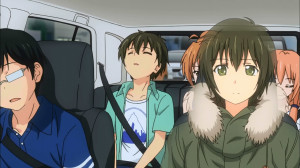 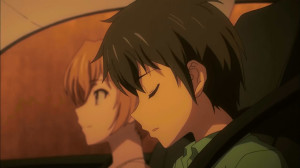 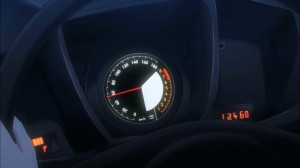 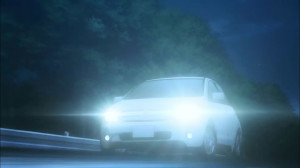 And yeah, Ghost Banri nearly kills everyone. Though I’m not sure how super powerful this guy actually is if he can’t actually turn off his curse. Might just be the petulant kid who glares at you waiting for something bad to happen so he can then take full credit for it. Anyways I appreciate the fact that his presence was limited until near the end. Was somewhat nice to see him at least not eager to see everyone die in a car crash. Be nice if that meant he learned to accept that this Banri isn’t going to do everything he wants but that’s probably being optimistic.

What does have me worried is the ending. While yeah people not dying is nice, but things could go bad going forward. The end did give a worrisome hint that Ghost Banri took over again. Now his last possession wasn’t a massive disaster, but who knows what might happen this time. What will be considered a near accident is bound to fray nerves. Now of course maybe nothing like that will happen and Kouko will just be upset that things went into such a dangerous place. That in itself wouldn’t be the worst case scenario at least. 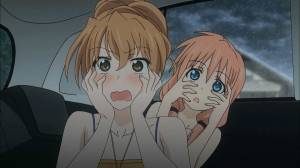 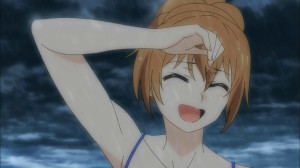 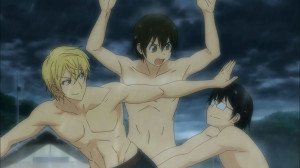 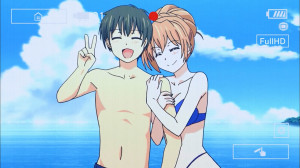 Onto more fun things though XD. The episode itself was pretty fun. It did take a while to get there, but when Banri and Kouko headed out into the rain things did get pretty fun. Honestly I don’t mind this aspect to these two. Sometimes they can cut loose and just do really stupid stuff. Plus it had some sense to it. They were at the beach and had swimsuits. They were going to get wet anyways…so might as well have some fun with it. In the end the weather worked with them and things got pretty fun. We even got the first occasion where Kouko called Banri an idiot, truly a touching moment XD.

I do wonder about Mitsuo though. His behavior just gives a weird impression to me that things aren’t that ironclad with Linda. Was still plenty affected by Chinami giving him the cold shoulder. Not that surprised though since something happened with Linda and he didn’t tell her or anyone else about it. I think Kouko might have had it right to some degree. Chinami probably didn’t feel the pressure to take action or express her feelings so quickly especially with Mitsuo being distant from her. Her hanging back did open up other possibilities.

It’s just too bad things had to end off with a near accident. Such a great day and memory gets tainted a bit with something that serious happening. Can only hope Kouko doesn’t put all the blame on herself since certainly everyone did fall asleep there. Still, certainly can’t escape some responsibility since Kouko was the one who decided to handle the driving. But if supernatural forces did play even a minor role then things get plenty complicated. 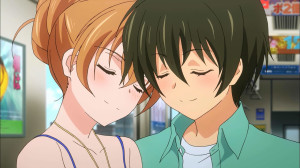 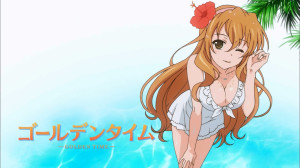 Now I’m really left wondering what will happen next week. Probably going to be one of those big episodes that will be a bit tough to watch but will have important developments. I suppose things have been going too good to last forever. Though then again the series could throw another surprise at us and not have things be so serious after all. But somehow I don’t think things will work out so simply this time.
Score: A-