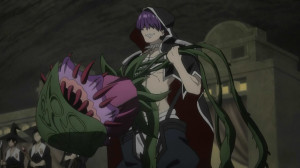 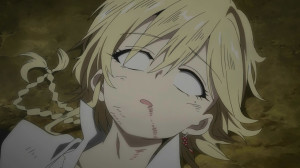 Well it was good to get the backstory for this nation and how everything unfolded. Of course I felt it was pretty predictable, but still well told despite that. I wasn’t sure how Aladdin and company were going to get out of the situation they were in, but the story found a way to pull that off without everything going bad. I did wonder if Aladdin was going to have to go full out as a magi, but it appeared he didn’t need to quite yet.

It was a good episode to show how quickly things can go downhill and how stupidity can trigger a terrible revolution. The nobles in this story were as stupid as their type can be. Foolishly pushing and pushing people who have incredible powers to the limit. People so drunk on their own power and position that they couldn’t see what was going to come from their actions. I don’t have any sympathy for those people who pretty well set themselves up for a terrible fate. But the rest? I don’t think they deserved that at all. Innocent people having their lives ruined because one guy lost his kid and decided all non-magicians were expendable and worthless. 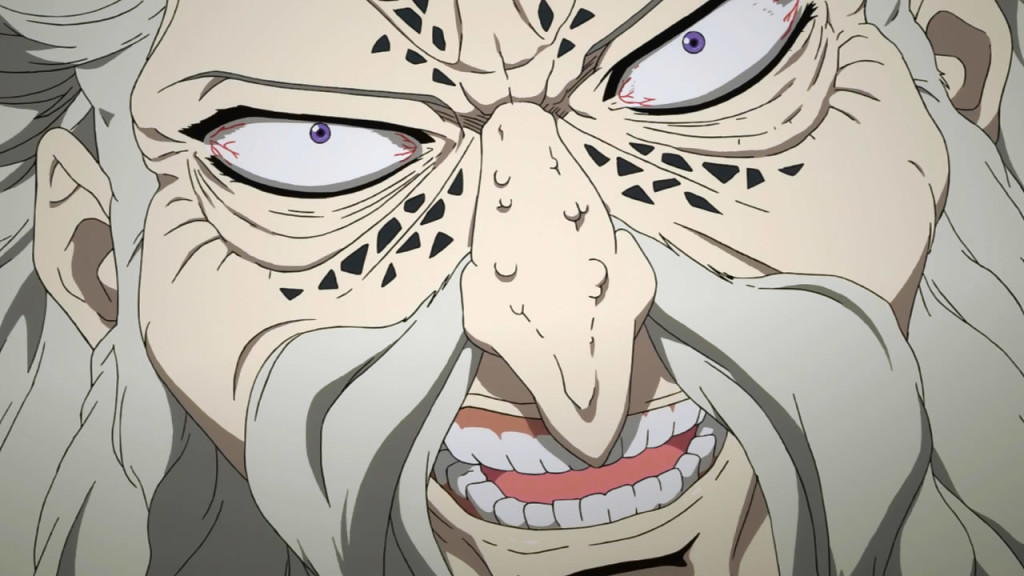 Yeah, this guy is mentally stable…

Honestly that Mogamett guy just gets me angry and want to punch his old face. Talks about the negatives of the normal people and how magicians only have this grand desire for knowledge. This whole guy is twisted up with his hate of non-magicians and anger for the loss of his kid. For all this negative backstory had about the common folk, how many of those people had just lost friends and family to disease? Is it ok for him to decide to throw all normals into a pit to become batteries while it’s not ok for them to lash out after losing loved ones? I think this guy is a good reason why you can’t simply look at the ruhk to figure out who is trustworthy. Mogamett is a saint if you are a magician and a horrible piece of trash if you aren’t. Long as you truly believe in what you are doing the ruhk are probably going to be with you. His thinking is pure, evil, but pure.

The backstory was at least understandable. The magicians started off discriminated against and worked practically like slaves. But props to the royal family that probably started to learn from their mistakes and tried to bring the magicians up in the social ranks. Unfortunately the nobles didn’t appreciate that and did everything they could to bring the magicians down, make them suffer, and use them. No doubt a stupid bunch of people that certainly deserved to suffer a bit for their stupidity. But clearly things didn’t end there and the real tragedy of this nation would come next. 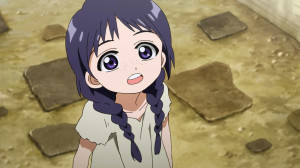 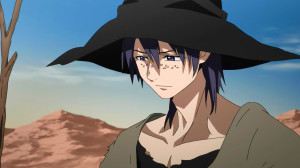 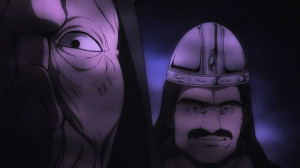 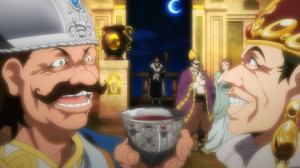 Certainly shows the power of a good orator in a lecture setting. He can throw out grand questions that would make people pause to think. Also in that environment asking if people ever had greedy thoughts would put people on the spot. No one is going to raise their hands in that kind of situation even if they had. You tell me that Sphintus for example had no financial reason for coming all the way here. People won’t respond in that setting which lets Mogamett draw his conclusion and make everyone who did think that way try to change their thinking so they aren’t the one that doesn’t fit in. No doubt this guy is plenty talented at propaganda. Make the magicians think the way he does and then it perpetuates the system.

Just sad that someone like Mogamett who suffered like that can completely miss what he’s doing. Can’t even see the situation with Marga and the tragedy behind it. He’s completely come to see the normal people as cattle and dehumanized them in his mind. Of course makes it easy to keep doing what he’s doing that way. Find the magicians who believe the way he does and have them keep control over the people trapped below. Magicians who just think they are managing talking cattle. Really is just as bad if not worse than the slave systems in other nations. All that’s being created is a powder keg that will blow up sooner or later. Maybe it’s tough for normal people to beat magicians, but if the people down there finally get angry enough you bet they’ll create a bloody revolution. 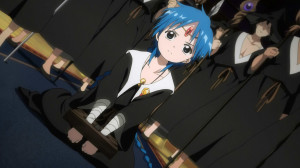 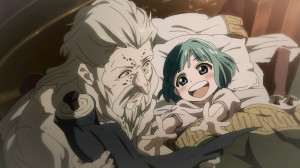 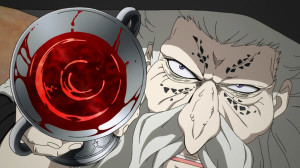 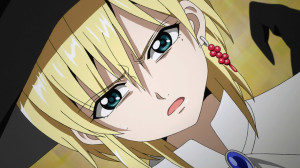 I’m not surprised that Yamraiha left there. She probably couldn’t take the horrible two-faced nature of Mogamett. Someone she probably did grow up seeing as a father figure, but then realizing he’s as big a monster as there is in the world. The horrible things he does to people simply because they aren’t magicians. I’m sure she wished she could stop him, but she couldn’t change him or the system. Probably just left for that reason and eventually found Sinbad. Someone who definitely isn’t pure white, but someone she felt wasn’t as bad as Mogamett.

I’m curious to see where things go from here. Aladdin isn’t stupid enough to buy into this stuff. He knows what will lead from magicians and normal people hating each other. He also has more than enough respect for many people who aren’t magicians. Just because they are different doesn’t make one inferior. Aladdin does feel he’s different from those around him, but that’s not much different here. He’s a unique existence. Titus has his own issues, but I’m sure he’s on the same page which how strongly he cares about Marga. Did get some hints about his limited lifespan which isn’t that surprising if he was created artificially. I’m sure even a Magi can’t be all powerful in creating life. 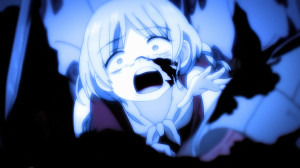 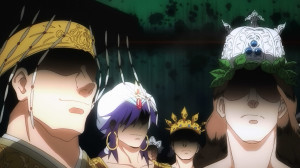 A really good episode though frustrating. It was told well and did its job in showing the backstory of Mogamett and how he became like this. Of course made me hate the character all the more, but for good reasons. I am missing Alibaba and Morgiana and hope we actually see them in the relatively near future. All this depressing magician business is good for stretches, but hopefully it’s not the whole focus of this second season. But considering this is called “the Kingdom of Magic” maybe I’m hoping for too much…
Score: A