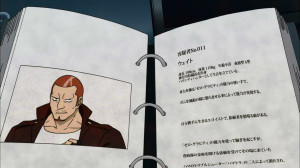 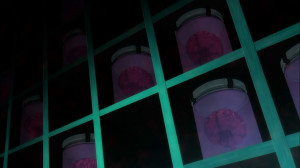 Something about the series gets my attention with it showing things that probably does happen in reality, but haven’t seen too often in anime series. Such as last episode and the rich old guy who’s strict with his son, but sleeping around with college girls. Or with this episode and the kind teacher who isn’t actually helping out because he’s just a nice guy. Things certainly aren’t simple and they don’t appear to be in this series either. Although things do hilariously seem to tie together pretty often.

While the episode heavily focused on Theo and his story, it was still building things up to a larger plot. This serial killing of Minimum Holders is pretty important especially when most of our cast is made up of them. We didn’t get to see much of this killer, but the psycho we saw at the end certainly appeared to be completely nuts. It’s a bit of an odd thing though since if this guy is going around killing people and collecting their brains would he also be the one planting the “minimum factor” into random people to give them powers? Maybe there are a few different things going on here. 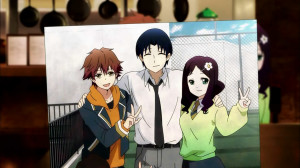 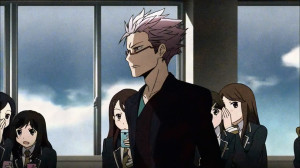 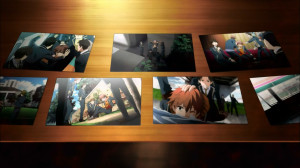 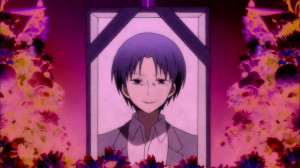 The story with the teacher did surprise me to some extent. We’ve certainly seen the good teacher who stepped up and helped someone out in the past. This guy…wow he was a bit messed up. Had his own objectives and reasons for getting involved. He knew what was going on and waited until the right moment before taking action. Even then it was never about helping Theo out. He just wanted to enjoy ruining the lives of the bullies and raising his reputation in the process. It was completely win/win for him.

Certainly can’t blame Theo for getting really shaken up by the truth when he heard it. You have this image of someone and it turns out to be completely false….that’s a shocking thing. All the faith and trust he had in that teacher and he was behind the whole thing. He used those bullies, threw them away and got turned into a hero for his efforts. Considering that Theo had only just had that bullying ended to suddenly find this out really could have broken him.

I’m glad in the end that Theo turned out alright. Maybe the fact he had some support in Rei, some good words from Murasaki, etc, but in the end he had to find the strength to stand on his own. Probably good advice though in just accepting all those feelings. No matter how he looks at it part of him will be grateful for being saved when he was. It did end that bullying and it probably saved him from killing himself. At the same time Kitazawa was involved and he can’t help but resent and hate that sick jerk for it. Just taking it all in and finding a way to make sense of it is the only way to really move ahead. At least he got to vent in some respect at the end. 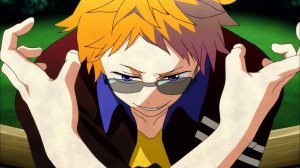 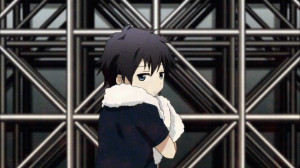 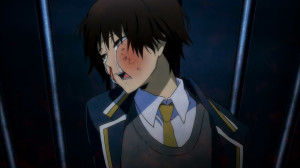 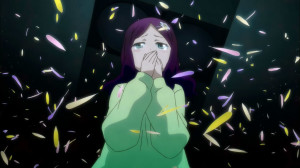 Funny that Kitazawa getting murdered was the trigger for all these revelations to come to light. Can’t really feel all that sorry for the guy since he was pretty screwed up. But that wasn’t the only case connected to this. I didn’t expect the bombings to tie into it. I figured it was just a hilarious side-story in which Birthday got thrown in jail for being a suspected bomber XD. Certainly didn’t expect that one of the bullies was going to be the lunatic behind that case.

Just listening to the bomber’s reasoning was pathetic. He blamed others for the fact he was a bully in the first place and then instead of trying to put his life back together he decides to just blow things up. Talk about escalation in criminal activity. While Theo struggled with what happened and even threw up upon hearing the truth he still ended up facing it and accepting it. This guy was complete trash who decided instead to ignore reality in as dramatic a way as he possibly could. Even prepared to blow himself up if it came down to that. Certainly a good reminder that going along with the flow can get you into trouble you never imagined and the last thing you should do is continue running away from that reality.

The episode also did a good job focusing on Nice and getting some insights about him. Seemed like a pretty soft-hearted guy, but can be tough when it comes down to it. Has a lot of faith in what people are capable of and their ability to stand up for themselves. Actually was critical of Theo for relying on Kitazawa like that. No matter how painful the truth he also believed it was better to know it rather than blissfully ignore it.

Though that seemed to tie directly into the facility that he and other Minimum Holders came from. Starting to make sense that some don’t know their real names and they are unusual people. Seems like a lot of the natural born minimum holders were raised in a facility, put through tests, and scored based on their performances. I’m definitely curious to find out more about that place. 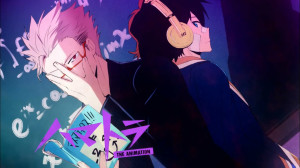 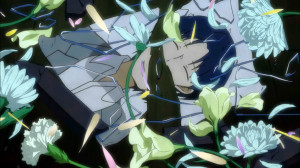 Overall a solid second episode. The cases are still entertaining and the characters are becoming a bit more defined. Though maybe that’s more directly tied to Nice himself. Did confirm that Art (the detective) is also a Minimum Holder though his power is still unknown. Curious to see when the serial killer will get more directly involved Nice and company, though a few more unusual cases wouldn’t be bad either.
Score: B