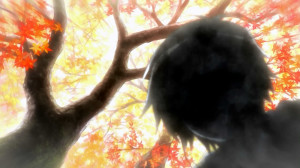 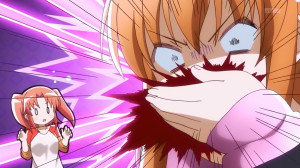 You never know what might stand out during a new season. Certainly the premise of a girl suddenly meeting this fiance from out of nowhere doesn’t sound like much, but this series actually did a good job in the first episode making it entertaining. There is some good comedy and the reactions of the main character Kobeni are entertaining enough to make it a good episode. It’s possible the comedy might focus too much on the older sister harassing Kobeni’s future sister-in-law, but will see how things unfold going forward.

The series has a very simple but decent visual quality. Probably since it doesn’t have to do anything flashy, just focus on expressions and character movement. Certainly Kobeni has a lot of cute moments because she gets surprised or completely thrown off by her fiance Hakuya. It might be worth watching the series just for the reactions that we are bound to get each episode. 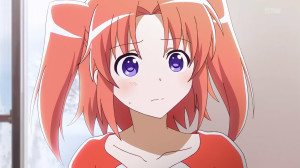 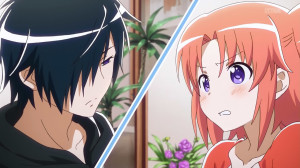 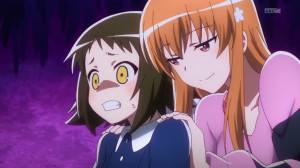 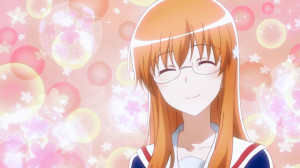 The story isn’t overly complicated though some room for character development and background. Seems likely that this promising between families came to be because of a childhood friendship between Kobeni and Hakuya. Though that connection being lost because of Kobeni getting hurt as a kid and her memories of that time getting pretty faded. Leaves a male lead who is perfectly fine with the situation with a female lead who thinks this whole situation is pretty crazy. Certainly doesn’t help that Hakuya had years to get used to his idea while no one thought it was worth telling Kobeni until her 16th birthday.

Kobeni herself is a pretty entertaining character. Certainly has nice reactions and is a responsible person. Is the only person in the house who takes care of the cooking and actually considered that they’d need more food than they had with people moving in with them. Still has her weak points as well which is tied in somewhat with her sister. Her sister Benio being one of those types that is like night and day when it comes to her public side and private side. That public side causing Kobeni a lot of problems because it’s hard to compare with someone who is just that good at seemingly everything with a sparkling personality. While the truth being that Benio is practically a pervert who was all over her sister while she grew up and now has her sights on the new sister-in-law Mashiro. 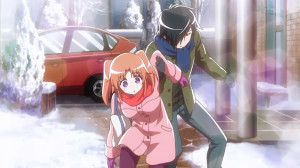 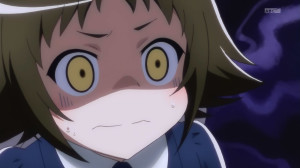 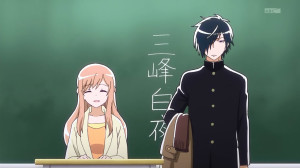 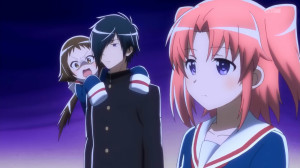 Not too much to say about Mashiro. A fun girl because she does have that extreme pride despite her youth, but also does show off her childish side at times. Kind of has to act as Hakuya’s guardian in some ways because the guy is quiet and easy to misunderstand. The fiance Hakuya is certainly unique in the cast. He’s a quiet guy though pretty honest when he does talk so can see him causing Kobeni to be flustered often because he doesn’t hold back in saying what he thinks. Though he and Mashiro do come from a pretty remote area so they don’t understand much about modern cities which is bound to cause some comedy.

I thought the first episode was pretty fun. The episode just flowed along nicely and only felt split up at the half-way point which tied into Hakuya and Mashiro transferring to Kobeni’s school. Hard to say if the comedy will keep me entertained through the whole series, but it did get off to a good start. I’m curious to see how the relationship between Kobeni and Hakuya starts to legitimately build up. While sure they are now ‘promised to each other’ there is still plenty to see happen. 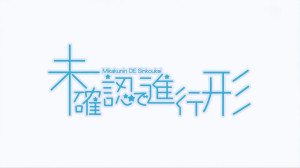 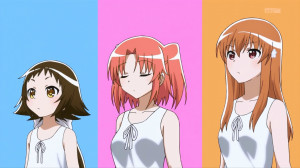 The OP is certainly pretty active. Certainly not a bad way to start an episode with a song that you can definitely find yourself tapping your foot to. Certainly feels like one of those OPs that actually shows just about every character you’ll see in the series. There is a bit of character dancing in the early portion which isn’t that bad. Most of it is symbolic and maybe some random visual scenes, but it works fine from my perspective. It’s pretty fun to watch and think it will keep me watching week in and week out. 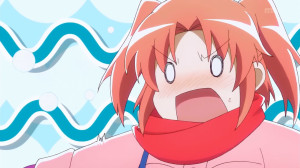 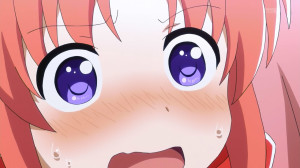 In the end this was a pretty good first episode and one that surprised me by how much I did like it. Some likeable characters in the cast and there are some good laughs. Whether or not I’ll actually cover it week in and week out is uncertain, but is a show I’ll very likely be watching this season.
Score: B+