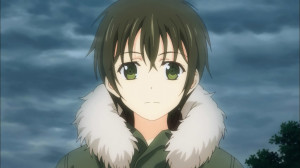 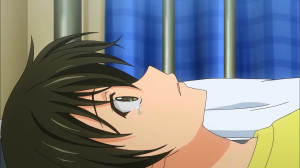 This just in…Ghost Banri is a jerk. Not that this is a surprise on any possible level. It’s like this guy’s total reason for existing is to drive me nuts. Maybe this does tackle the whole “Ghost Banri is a mental thing not a ghost” idea that’s been floated around. I mean come on the man outright states his plan is to curse the hell out of Banri and make him unhappy. Then several bad things do actually happen. A few cases of bad luck can happen, but that many things in a row? We need to call the Ghost Busters.

I return to my thoughts on what this guy even wants from Banri. Does he really want someone he saw as “a younger twin” to end up with the girl he was in love with? So he can just float around her every given moment? Is that actually fulfilling in some way? It feels like things are never going to work out well unless Banri realistically deals with his feeling for Linda and Ghost Banri lets go. He can’t and shouldn’t force this Banri to end up with whoever he wants, it’s not his life anymore. But no, he’s instead going to go from being an obsessive stalker to a complete jerk. If he can’t be happy no one can. 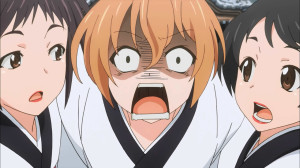 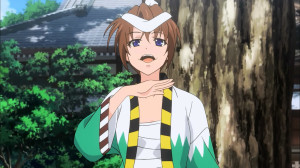 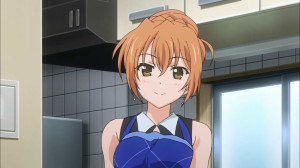 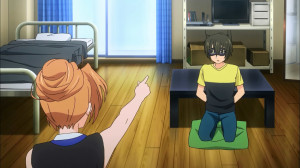 Outside the weekly annoyance that is Ghost Banri, the rest of the episode was a nice return. I wasn’t sure what that festival club was doing for a while there, but they did manage to deal with Kouko’s nerves. She calmed down and actually did her dancing fine. Though was hilarious that she was so messed up that she stuffed the lipstick up her nose XD. She really is a character that struggles under pressure. Certainly not lacking in flaws, though maybe quite suitable for someone flawed like Banri is. Still that dance to…brainwash Kouko was pretty damn weird. Though I suppose it was a good chance to see characters like Linda or Kouko make expressions you never thought were possible.

At least some of Banri’s misfortune can be comedic. His attempt to surprise Kouko got utterly destroyed when Nana was the one coming up the elevator instead XD. I guess she didn’t take that welcome well. Was a good counter move by Kouko to run up the stairs to end up being the one to surprise Banri.

Maybe not a surprise that Kouko does have nerves even while cooking. Was pretty hilarious that she actually faked the whole cooking scene. Go Air Yakisoba XD! Probably not the first person in the world to pretend she is doing something she isn’t, but first time I’ve seen someone pretend to be cooking. At least she did intend to actually cook for him in the first place. One positive for her was that her apron look was completely genuine and that got the best reaction of all. I just hope that Kouko can continue to fight against the curse of Ghost Banri. Even her trip seems to just serve to make that smug ghost happy. 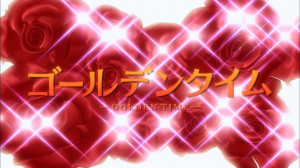 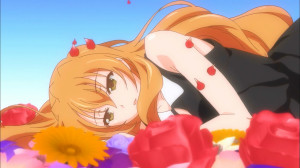 I’ll say that the first OP was definitely better in my eyes than this one. Not that I don’t think it could have been a good song…but I wonder about the thinking behind it. The background noise in the song really dominated the vocals making it hard to really listen to it. It’s fine to have strong instrumentals, but people generally don’t want to hear the singing being drowned out like that. Visually it was another OP that focused pretty heavily on the Kouko. It does give the feeling that tough times are ahead, but that’s hardly new for this roller coaster ride. 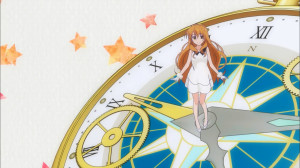 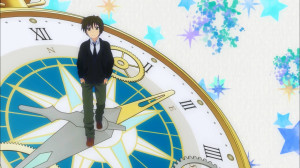 The ED was pretty well focused on Kouko and Banri. Again there were parts that give the feeling that these two will have their struggles before everything is said and done. But at the same time it finishes off strong with the impression that this will still be the main pairing of the series once the ride comes to a stop. The singing was easier to hear for this one and while I still think the original ED was better, this was fairly average.

I’d say something about the title, but I literally couldn’t find out what it was XD. 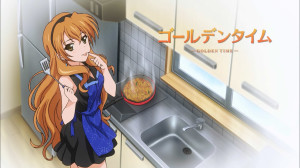 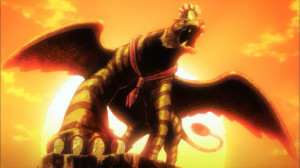 It is good to see this series again. Feels like it has been forever and I’m glad to be back and watching it again. Kouko remains a fun character to watch and you can see Banri still struggling with his past. I’m not sure what the rest of the series has in store for us, but can probably expect it to be pretty crazy. Hopefully things work out alright for everyone involved though that’s a hard thing to pull off.
Score: A-