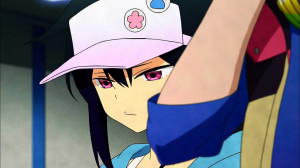 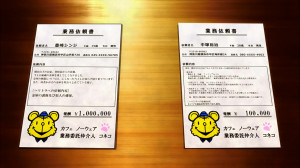 Well a new summer season means new first impression episodes XD. The new season hasn’t really wowed me too much, but there have been some good first episodes. I didn’t really know what to expect with Hamatora. Aside from the fact when I first read the title I had flashbacks to an old show called Hamtaro XD. Anyways, I thought the first episode for this one was pretty good. Definitely some interesting pieces to it with a group of unusual people with supernatural abilities running a detective agency.

Now a lot of the aspects to this series isn’t that new, but it still has some potential to be a good series. It’s hard to judge a pretty large cast just from the first episode since that’s usually reserved just for getting the bare introductions out of the way. Nice seems like…well a nice guy. That’s a name that will be really hard to bring up without the sentence turning into some kind of pun. But really, he’s a good guy who seems to take the low paying jobs because he can’t leave people in need alone. Though I’m also impressed at his inability to notice that the bank he was in was being robbed XD. 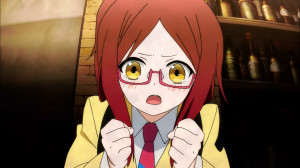 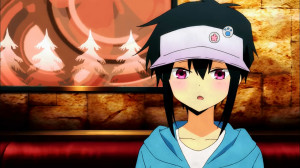 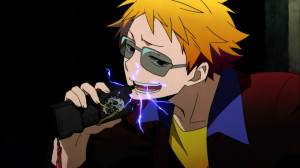 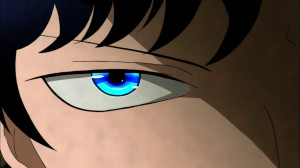 The rest of the cast seems solid enough to build on. Seems like the detectives in this agency usually pair off for jobs. The fact that Murasaki and Nice split up on the jobs does help in showing their personalities. Murasaki seems like a much more logical and matter of fact type of person. Goes for the big money job because, well money is kind of necessary to live on. Probably not a cold-hearted guy, but since he went off on his own and we stuck with Nice there isn’t much you can say about him. Not quite sure what his ability is either from that brief moment we saw it. Maybe some sort of shockwave?

The other members have just gotten their basic introductions. In terms of hilarious names Birthday is probably up there XD. Though his electric ability is probably the easiest to understand. Just needs to use that taser to start up his power which can then pretty well fling lightning at people. Definitely a guy that pretty well does what he wants which is unfortunate for Ratio who he was paired up with for this episode. Ratio’s ability is…well seems useful for someone who is/was a doctor. Being able to basically x-ray people must have some uses. Though he barely seems to need that in a fight with his mechanical/golden fists XD. Will say a guy with powered golden fists is pretty awesome XD.

The other members we got to meet were Hajime and Koneko. Hajime is a character we don’t know much about. She likes eating and that’s about it XD. I mean cute character, but we’ll need to find out more about her. Not sure what her role is in that agency and what her ability is, if she has one. Koneko at least is clearly defined as the person behind the finances/behind the scenes role. We’ll need to see more of these characters, but at least we understand them to some degree. 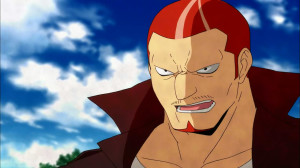 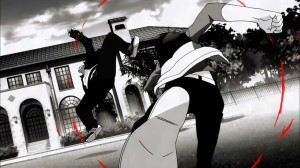 What does make me curious about the world is the Minimum Holders. These people who have special abilities that can be pretty damn extreme if abused. The fact you see all these people in the same detective agency makes me wonder how these people are treated by society. Nice has connections to that police detective which makes me wonder if he was a cop at some point or at least in school to become one. I could see these people being discriminated against by normal people who are afraid of them. It’d also explain Ratio who doesn’t seem the type to work in a detective agency.

The story itself wasn’t that bad to start off the series. That all the cases tied together was nice and did work out fine. For some reason the fact that they went somewhere like a rich guy having a bunch of college…”friends” was entertaining. Maybe because it was actually believable and seemed to set a tone for the series. The overreaction by his son actually made sense to me. I mean he lived his life with his father being so strict and probably making his growing up pretty uncomfortable. Then suddenly he finds out his father was a total hypocrite. Throw in finding out about his father’s sex life…well yeah. Then you can toss in anime reactions and it makes sense. 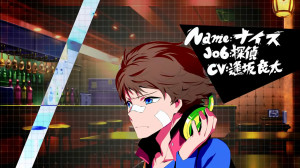 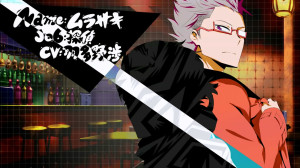 I’ll say this was a pretty simple OP. Though probably a good one to find out about the characters if you can read Japanese. Certainly an interesting thing to have the character appear with their name, job, and CV. The song itself is pretty average, not bad though not one I expect to listen to over and over again. I’m not sure if it will keep the pattern either of being the type of OP that kind of previews the episode or not. A decent OP, though maybe a bit below average in my view. 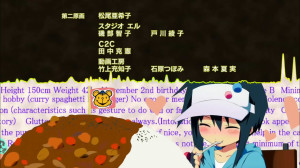 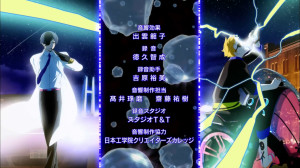 I actually did like the ED they used in this case. The song was a bit stronger and have to say I liked it more than the OP. It was also pretty simple just showing pairs of characters along with part of the screen saved for the credits. Not a bad ED when it comes to winding down from the episode. Not too much happens in it, but that’s not a bad thing especially since I’m sure plenty skip the ED in general while watching series just to see the preview XD. 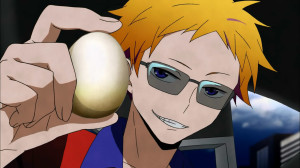 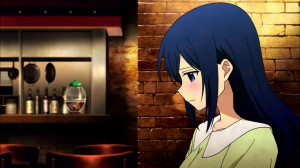 As a whole this was a pretty good first episode. The style is the type that people will like or dislike. I had no problem with the art-style. I think this series got off on the right foot and I’m curious to find out more about these characters and the world they are living in. Seems like we’ll get some good laughs from this series and some entertaining struggles between Minimum Holders.
Score: B+