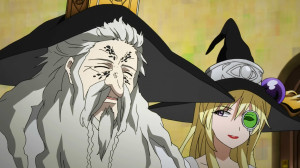 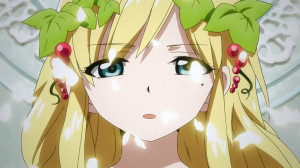 Well in the end it shows that these rulers of nations can show different sides to themselves. In the end I’m not sure how much outside the norm the Magi of Leam is compared to any other ruler. Certainly appears like she raised or created Titus for the sole purpose of investigating Magnorstadt. Though I wonder how much worse that makes her than what Sinbad has been doing behind the scenes or obviously what the Kou Empire is involved in.

While the ruler of Magnorstadt can play the kind old man card, we also saw right out of the gate how angry he can get. Just reflecting the bias and discrimination when it comes to mages vs. normal people. And frankly I can’t help feeling like his kindness is almost entirely fake. That he suspects something when it comes to Aladdin and Titus. That or he just plans on using them as secret weapons in his war against Kou and the rest of the world. No matter how nice most students seem to be this is a nation responsible for some dark stuff and the mass production of magical tools. 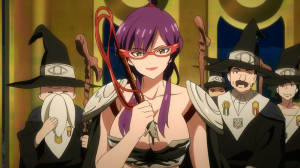 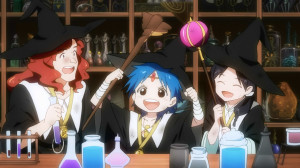 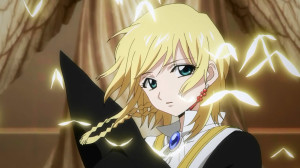 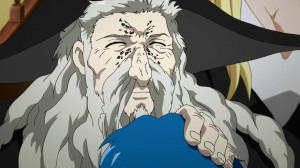 The introduction of this Titus character was certainly interesting. From first impressions an incredible and arrogant jerk. But can see how fragile a person this is and how he’s really just a tool for Leam at the end of the day. Who knows what the story is there, but clearly an unsettled person without much kindness to spare for others. I kind of wish Aladdin had slapped that hand away both times. I mean it was certainly good comedy to go for the whole groping scene, but would have preferred a bit more anger for how Titus and his lackeys were treating people.

This episode was a good reminder that there are a lot of forces acting in the world right now. Everyone has their own agenda which makes the situation all the more dangerous. Leam clearly worried about Magnorstadt preparing to invade may be looking to find out everything they possibly can about their enemies in order to hold their ground and not fall under the magical assault that is coming. It was a good episode for Aladdin to show how far he’s come in these months and how much more powerful he’s become. Even with his magic restricted due to those gems he’s able to bring out a lot of power. All while gaining the much needed magical knowledge that he was lacking. Will make him a huge force in the future. 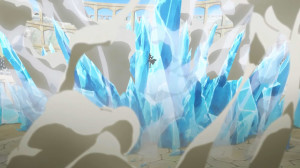 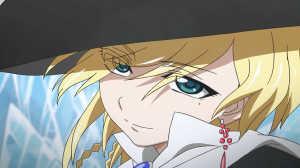 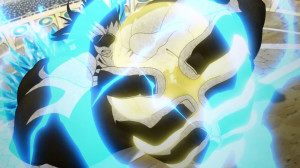 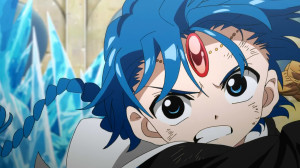 The battle against Titus was pretty entertaining. Both were unleashing some pretty good skills. The Ugo spell was pretty cool and definitely gave some flashbacks to the actual fight between Ugo and Judal. One thing Aladdin knows is that pure physical attacks can definitely breach the borg if the attack is powerful enough. Magic isn’t immune to physical attacks, it just has good ways of dealing with it. His final move with the sound magic was pretty good as well. Taking what he gained from that hellish physical training and putting it to good use.

Of course Titus wasn’t a pushover. Maybe those gems were actually allowing him to borrow the magi’s power or something to that effect. Regardless it made him a force that couldn’t be underestimated. Titus did show the potential of some spells that unleash some pretty insane effects. There is a lot the ruhk can do if you push things correctly and use the right commands. What he did was pretty nuts and definitely had Aladdin against the ropes. It was a good fight aside from that cheap shot at the end. 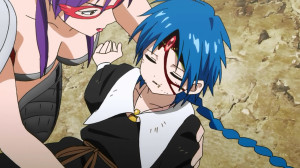 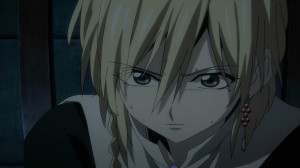 Luckily Aladdin got out of this episode mostly ok. Though at the same time it really keeps bringing Matal’s eyes more onto Aladdin and Titus. Things could get really dangerous pretty soon. Aladdin needs to be prepared to make a run for it at any time if his cover his blown. We might also get to see the ugly state of affairs in this country. Getting a hint of it when it comes to those citizen levels. Anyways, a good episode and I certainly enjoyed the action portion.
Score: A-